A smorgasbord of Bachelor-related information

It never fails. When I leave to go on a trip for work, something happens Bachelor-related that has my inbox/Facebook/Twitter capabilities blowing up around me. I have to thank everyone who shot me emails and notes regarding the craziness that is going on around some of our favorite Bachelor alumni. Let’s dig in, shall we? 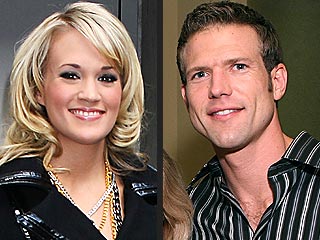 This was confirmed by one of Stork’s relatives. I’m sure the brother-in-law’s father is going to get a nice lump of coal in his stocking since the reality-show lovin’ couple wanted to keep their relationship on the super secret down low. US Weekly says that they have already earned the nickname “Cork.” Lincee says that this makes her gag. I’m going to go out on a limb and say that the good doctor either saved her life and she therefore feels a sense of comraderie towards him. Surely. Because the girl used to date Chance Crawford. XO XO indeed!

Or maybe she was one of 12 people who tuned in to “The Doctors” and got some great advice on how to treat that rash that just doesn’t seem to want to go away. It’s a possibility.

Personally, I feel they are boring and bland and routine people. Which maybe makes them perfect for each other! I bet there’s a lot of staring and little conversation at their dinner date table. I’m just saying. As long as she stays away from talking about dried up eggs, she should be fine.

Big News Number Two
Bachelor season seven couple Charlie O’Connell and Sarah are back together again. And plan to get married.

Huh. I smell ABC executives behind this charade. They can’t fool me. Now that election fever is down and we are all over the sudden break-up of Jesse and DDAHnna, the suits tossed several benjamins the happy couple’s way and offered to fund a pretend reunion of the hearts. That HAS to be it! They are bound and determined to have at least ONE MORE SUCCESS COUPLE other than Trista, Ryan, Baby Max and Baby #2. Kush’s brother is the only solution. 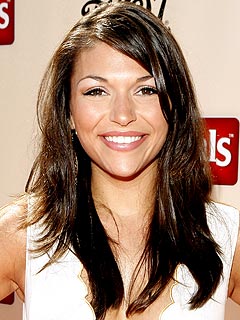 DDAHnna Pappas will be co-hosting Lifetime network’s “Get Married”…a show that covers everything about weddings.

Now many of you are probably thinking, “What does she know about getting married and brides?”

Dear friends. Dear, sweet, friends. I’m 100% positive DDAHnna knows a ton about getting married and what it means to be a bride because she’s been dreaming of walking down the isle since she was eight-years-old. The girl’s got it down pat. Probably the chick with all the Bride magazines who wore a wedding dress on her home town date only knows more about weddings that DD. My point? I don’t think we need to worry about her abilities to plan. I think we might need to have some Prozac on stand-by or the ABC Psychotherapist on loan when home girl cracks a nut and wigs out at Mitzy’s final fitting as she holds the shop owner’s engagement ring hostage while trying on different veils in a locked dressing room. You know she’ll refuse to come out unless Hotter than Crap Brad or Jeremy come and rescue her.

Now THAT would be must-see-TV!

I about spit my drink out when I saw DD was hosting a wedding show…what will they think of next?

Is anyone else bugged by the fact that DDAHnna’s face slightly resembles Silly Putty from the nose down? Ugh….

I agree with Jenn. What’s up with her chin?

You hit the nail on the head, Carrie and Travis are boring. I don’t think I care about this union AT ALL. Next…

DD, where do I start? This chick is so delusional. No one, and I mean no one wants to see this two time loser talk about weddings. We have already seen her talk about weddings for a combined year and frankly, I think her five minutes are up. As my 15 year old would say….DeYawna, “move around” (aka step off)! LOL

I just don’t think there is anything pretty about this girl.

Aren’t we forgetting about DD’s love for Graham though? I think she’s still holding out for him….

I don’t care about past bachelors. Does that make me a bad fan?

gag me, she’s just extended her 15 minutes and will now have dreams of stardom, hosting EXTRA, interviews on the red carpet ala Joan Rivers . . . all because she whined non-stop on national tv. Ugh.

Anyone have Graham news? Or how about Mary and what’s his name… any news since her arrest?

Mary and Byron are doing well as life-partners working on their Lake Armistad Resort. Byron qualified for an elite fishing tour. They have season tickets to Bucs games!

Travis and Carrie … go for it!!! I always had a soft spot for Travis. Hopefully they can stay relatively private.

Sarah Brice and Charlie O’Connor – best bachelor season ever ! Best wishes to both.

Dee – good luck. If you want this to work you will finally have to work for something rather than expect it as your due. The Bachelorette may have gotten you the job, but you will have to keep it.

Nothing but good stuff from the Graham camp. Happy Birthday Brad!

Oh no… the BLINKING. How is she supposed to host a show with all the blinking????

I forgot to pass this one along…oh the beauty of being a friend of a friend on facebook. Tierica cut her hair and is now in law school. She actually looks very cute (and down to earth) with her new do.

oh we need graham back. deeeeelicious man. i would love to see him on the show, do you realize how many women would embarass themselves just to get close to him?

..they need to try to get him onto desperate housewives.