An aca-post about ‘Pitch Perfect’

Lately a few select songs from Pitch Perfect have been in constant rotation on one of my FUN or SING ALONG playlists.

Sidebar: You should own both the soundtrack and the movie if you don’t already.

Let me be clear. I typically watch the movie in fast forward, having long ago memorized how to avoid the puking scenes in order to get to the good stuff. And there’s so much good stuff. 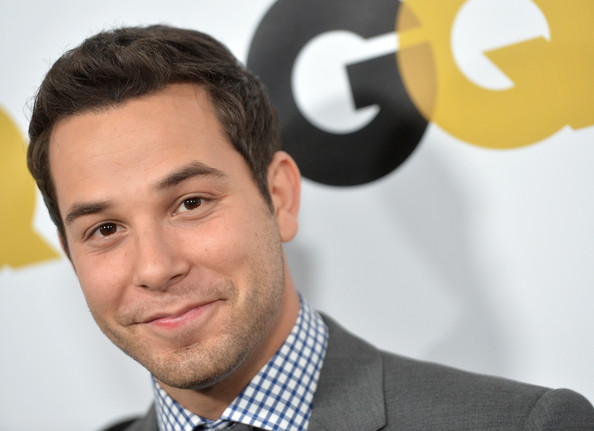 This is Jesse and he is darling. He can sing. He’s romantic. He loves Breakfast Club. If this were 1994, we’d be soul mates.

Aca-awesome
I know every word to this mash-up. You have my permission to be impressed. Yes I am a teenager stuck in a 38-year-old body. Even if that weren’t the case, could you resist mellow accents of the Blackstreet and Teddy — the original rump shakers? I think not, dear reader. I think not.

Aca-mazing
Are you kidding me? Beca singing “Don’t You Forget About Me” straight to Jesse in the audience and then he raises his fist in the air with sweet victory like Judd Nelson? I swoon.

Aca-love
The pool scene is actually my favorite performance from the movie. It makes me want to join a real a cappella group instead of pretending I’m a Barden Bella while in my car or in my living room. It’s good to have a dream kids! Keep reaching for those stars!

This time next year I’ll be sharing my favorite moments from the sequel. Yes Jesse, Beca and Fat Amy are back back for Pitch Perfect 2. Yes my fingers are crossed for another homage to an ionic 80s movie or a popular romantic comedy. Either or both will be fine. Someone call the musical director for me.

Lincee – you are my soul sister 😉 Yes to every word in this post. I jam out to the soundtrack while I work all the time. A few of the girls at work and I have already decided that a girls night will be in order to see the second one. Hope it lives up!!

I like the way you work it. No diggity.

I love love love this movie! cant wait for number 2!

–> maybe i should suggest some pitch perfect for our road trip cd?!

You have got me SOOOO pumped for the sequel!
These are all my favorite parts! How’d you know?

I too watch this movie in FFWD cuz i too must avoid projectile vomit!
This post made my day.
Thanks!

Aca-excuse me! Just kidding. I just wanted to say that! Love this post and all the parts that you love. No, I don’t think anybody can resist the original rump-shakers or references to Breakfast Club… 🙂

My fellow aca-people. Thank you so much for commenting. We are all aca-winners in my aca-book.

Honorable mention toes to Party in the USA on the bus.

Oh how I love this movie – thank you for such an aca-awesome post. I cannot wait till the sequel!

Lincee –
You are amazing. Pitch Perfect is one of my favorite movies. I pretty much watched it every day while on my maternity leave. Even my husband will admit that he likes it (this is pretty much a first when it comes to movies I like) and one of my proudest moments was when he recognized a Pitch Perfect song while out shopping with me. Thank you for this post; it make me so happy. Side note – I totally have a toner for Jesse. 🙂