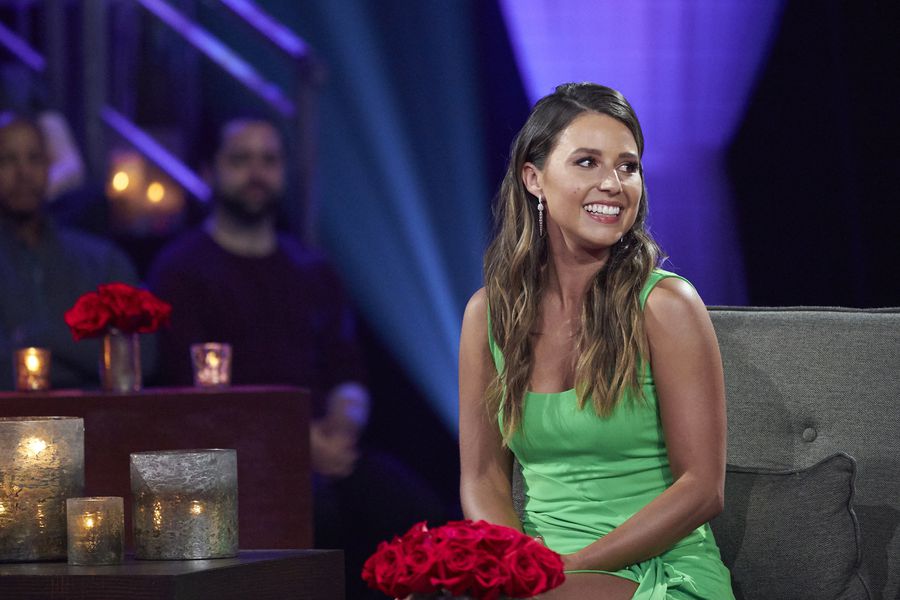 We’ve been down the Men Tell All road before. This isn’t our first rodeo. It always has, and always will be, a little lackluster in the entertainment department. More times than not, I feel that the men prefer to whine and moan instead of telling us anything useful.

And since Tayshia and Kaitlyn are physically unable to push a conversation forward in a logical direction, the minutes drag on at a snail’s pace. The good news is that I’ve now found a cure for my insomnia. Kudos to the ladies for looking fabulous in complimentary red dresses. At least they brought their A-Game in this regard. PS: LOVE Tayshia’s braids.

Now, before I recap the finer points of Men Tell All, there is a critical storyline I must address:

The show begins with Tayshia and Kaitlyn wandering around the resort, mentally compiling a pro/con list for the remaining men. Friends don’t judge each other. They judge other people together. So Tayshia encourages Kaitlyn to tell the remaining roster that she loves them because it doesn’t matter if you say that to more than one person.

This is what bachelorettes do. It’s what they live for. To help poor, unfortunate souls like Justin finally catch a supernova before casting them as the lead as a sad lyric in a Taylor Swift breakup song, which Connor the Cat will undoubtedly play on his ukulele in Paradise.

Katie balks. She only wants to say “I love you” to her future fiance. Tayshia warns that this may backfire in her face. This is what we call foreshadowing, people.

The conversation quickly zeros in on Michael. Katie is nervous to meet his family, yet admits becoming an instant mom feels exciting. Unfortunately, at this exact same moment, Michael is limping through a FaceTime conversation with his son, in which James pitifully asks, “Maybe Daddy left because he don’t want to see me.”

I’m gutted. I’ve been punched in the trachea. BARTENDER! POUR THE WINE!

How Michael manages not to break down in a sobbing puddle of guilt-ridden tears is a miracle. Sure there is visual evidence of heartbreak, but he handles himself beautifully on camera before he politely thanks the producer for letting him use her phone. Then he hugs her like an old friend.

There has to be some sort of reason Michael is such a nice guy. Did he make a deal with the devil? Perhaps it’s essential oils? I hear a combination of frankincense and lavender diffused at night provides an unnatural willingness to parrot Mr. Rogers at all costs.

Michael wastes no time packing his bags. He visits Katie to calmly and rationally explain that although he thinks what they have is strong and sustainable, he simply can’t be in two places at once. James is his priority and he is unable to focus on anything else after hearing his son wonder if his dad doesn’t want to see him. He has to leave and he acknowledges that his decision to remove himself from her life will hurt Katie.

Katie blurts out, “I saw us going to the end, which makes this really confusing for me.”

INTERESTING. Does Katie mean the very end? As in the peanut butter to my jelly? The Ross to my Rachel? The Chris Pine to Lincee?

Michael continues to prove that he’s some sort of artificial intelligence made of all the ingredients which compose the perfect man. He hands her the stopwatch from his icebreaker on night one. It represents the two concepts that anyone in their situation grapples with during their experience at the resort: time and love. He knew love would not be the harder one to attain. They just ran out of time.

Katie does the only thing she can do when facing a situation such as this. She praises Michael for being a great dad. She understands that begging him to stay is not an option, and she supports his decision to return to James.

Michael smiles his sweet smile. He thanks Katie for teaching him to be a better man and how to love again. Then they just stare at each other. Something inaudible passes between them and they nod as big thick tears drip down each of their cheeks. The moment ends with a tight hug, a soft kiss, and Michael trudging down the hallway.

To keep with the tradition of past Men Tell All recaps, I will now boil down ninety minutes of footage into ten helpful bullet points which shed light on the important pieces of information we gathered after watching and fast-forwarding through the show.

No nonsense junk spewed out of Karl and Aaron—-too much time on them. T & K sound like they are reading script and aren’t invested in the conversation. Where is our old host???

Oh, the jackwagonery of the nonsense by Karl and Aaron and anybody else who doesn’t matter. Jesus, take the wheel. It was too much!

Katie does not look happy and I really want to know how her season ends. She should have kept Andrew!!! I hope he is the next bachelor. I was not a fan of Michael at all. I know. I’m probably the only one.

Yeah I’m not sure there’s ever been a point that I’ve disagreed with Lincee more. Michael was serving some absolute zaddy looks with that beard.

I am a bigger fan of Michael now that I have seen the outtakes! He seemed quick witted and more relatable than before. I have no strong feelings either way about the beard.

This whole season has been sooo boring. I was a little worried about a physical alternation when Karl (?) and the Canadian got face to face. I half expected chants of Maury to start coming from the audience.

I wish that instead of just regurgitating the same old lines and questions that OHCH used for years, they would let the new “hosts” put their own personality into it. But alas, no.

Big NO on Michael A’s beard. It’s too much.

I have no idea how this season’s going to end. And, I don’t really care. But I do agree that Katie seemed annoyed and not happy.

The tell alls are the worst and this was no exception so had to flip through most of it. There is no way that lady who kissed Connor wasn’t a plant and I read somewhere else that she’s a singer in Nashville -gee what a shock! The bloopers were the best part and hearing the guys all trying their English accents was very funny-wish they would have shown that along the way.

Libby
Reply to  Sal in Utah

Pretty sure she’s based out of LA, but yeah, eyeroll.

First of all, I clapped and yelled Hallelujah when you said Kaitlyn and Tayesha are physically unable to push a conversation forward in a logical manner! (I really can’t stand them as hosts!) I agreed with everything you said…thought this recap was especially point on….except I liked Michael’s beard!

They really are incapable of pushing the conversation forward! I think they need to just have ONE host, preferably with some experience. What about Wells? I’ll even take Rachel Lindsay over these two.

When Michael told Katie he was leaving I thought she looked mad not sad. It seems like she is into Greg and I think he has no personality. If he’s an actor he’s not a good one. Thomas is a much better actor like a car salesman. I think she will end up with Blake but it won’t last. I like Katie but I think she needs to move on.

I don’t think she looked mad, but she didn’t look devastated either. I agree, I think she’s more into Greg. If Michael was really her guy, she would have jumped the fence and chased him home. I never saw any real chemistry bw them.

I’m from Akron and as much as I
love it I can’t see Katie wanting to move there.

I think if it had been Tayshia alone she would have been fine, but with both of them navigating their first MTA-style hosting situation alongside each other, the two girls were just eh. Not terrible, but eh. Very clearly reading off a teleprompter and probably didn’t really know how much they could divert from that to respond to stuff contestants said. I will say that despite this I still forgot that CH was a person who existed, which really illustrates to me that this show will be just fine without him, there just might be some growing pains until they land on the right replacement. Wells is a great option, wouldn’t be mad about Ben Higgins or Nick maybe.

*Allegedly* the “kiss” from the chick in the audience was a CASTING CALL FROM ABC!!!! I heard it on a different podcast who recaps bachelor/ette and they even read the casting call word-for-word. Then also *allegedly* the kissing chick dropped her first single song today on iTunes. It was all for the fame!

I’d personally like to see Tayshia hosting by herself. I think she’s held back by all the taking turns. I also think people are forgetting that Chris had 42+ seasons to perfect his hosting.

Michael’s beard was perfect in the rejection SUV- that’s the length it should stay at. Meanwhile, I liked him all season, but I never knew just how endearing he was until the bloopers.

And I agree about Katie not looking happy. I felt the whole time that she looked really uncomfortable and couldn’t put my finger on quite why. I didn’t think it was about facing the guys, but it makes sense that things didn’t end the way she hoped and she was trying not to give a spoiler.

This MTA was the biggest eye rolling event ever. From Karl Brendan & Aaron bickering to the ridiculous girl planted to kiss Conor!
BTW, does anyone think Blake looks like Wreck It Ralph?! With a beard of course but that’s what we call him here! Can’t stand him… Blake that is! Lol

LOL Wreck it Ralph!! Yes he does!!

I get Sully from Monsters Inc vibes (in physical appearance only, I’d never insult Sully like that)

No mention of Connor hiding behind the couch cushion!! He stole your move, Lincee!

I felt so sad when Michael left and couldn’t really gauge Katie’s reaction – perhaps she was in shock. And at the Men Tell All, she didn’t really seem like herself. Her responses were really straightforward, almost businesslike; seems like it must have been a tough night, and maybe she couldn’t let herself get too emotional. I liked her as the Bachelorette, and hope she had a good experience overall.

I wanted to hate Connor the Cat’s inevitable ukulele serenade, but in the end actually liked seeing the guys sing together. Michael’s blooper moments made me like him even more (didn’t think it was possible!)

I don’t know why everyone hates Connor’s songs so much. I’ve found most of them pretty cute and endearing! 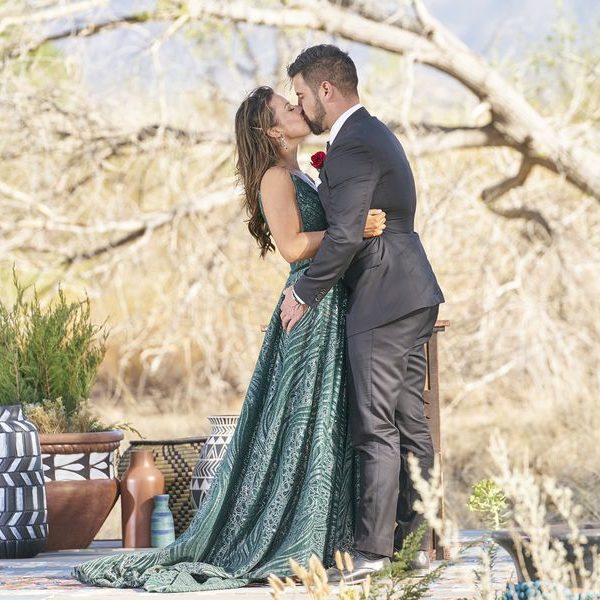 Bachelorette Katie Finale I have thoughts. There are so many… 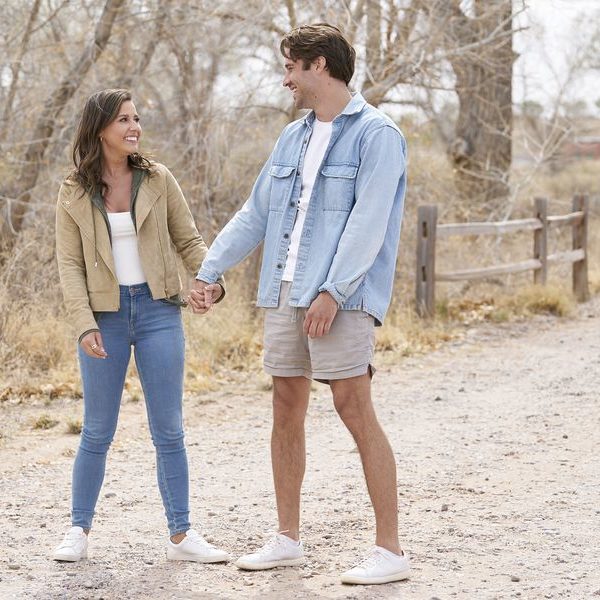 Bachelorette Katie Hometowns Recap: I Like the Way You Look

Bachelorette Katie Hometowns  I have to admit that this recap… 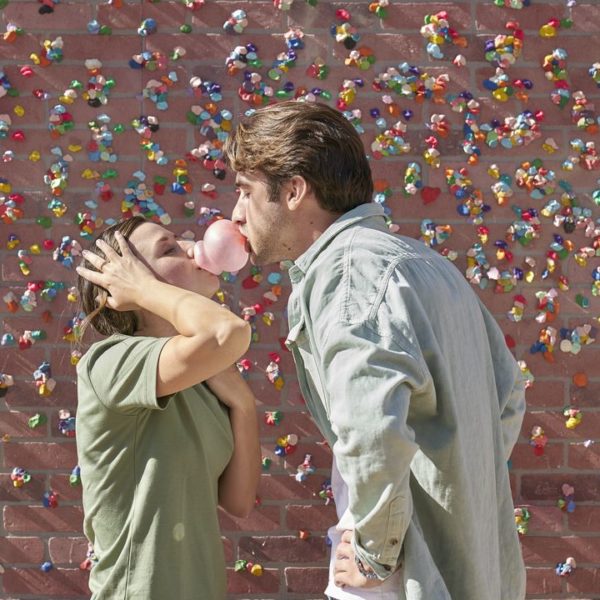