I have to say that those of you who commented on the previous post are extremely witty. I’ve been laughing all morning and admiring the snark! In fact, I thought I’d give a shout out to those of you who inadvertently made me spit Diet Dr Pepper at my computer screen:

Wendy: I thought Zak was adorable – loved the song and I usually cringe at things like that. He was a very unhealthy shade of orange though – not his best look.

Kim: Need I remind you that the ever so hot Juan Pablo was on this season and THAT my friend is the ONLY thing you need to watch out for.

Erin: Des was crying in a lot of different outfits.

bean there: The Three Faces of Zak: Orange, Bruised Ego, and Naked.

Some Guy in Austin: Beware of shark skin suits and idiocy.

And the introspective kellie channeled her inner Chris and provided a quirky poem:
You should watch it “for all the right reasons”
I think it is treason,
that we’ve heard this all season
It has given me brain cell depletion…

I think the record should officially show that Juan Pablo was mentioned 42 times. I she being groomed to be the next Bachelor? 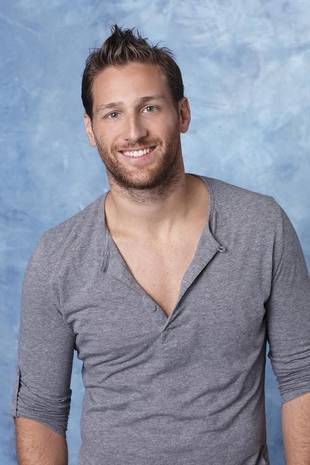 Lordy I hope so. Unless this guy is available: 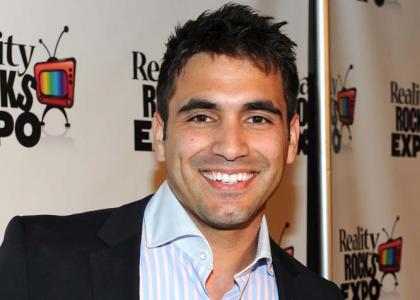 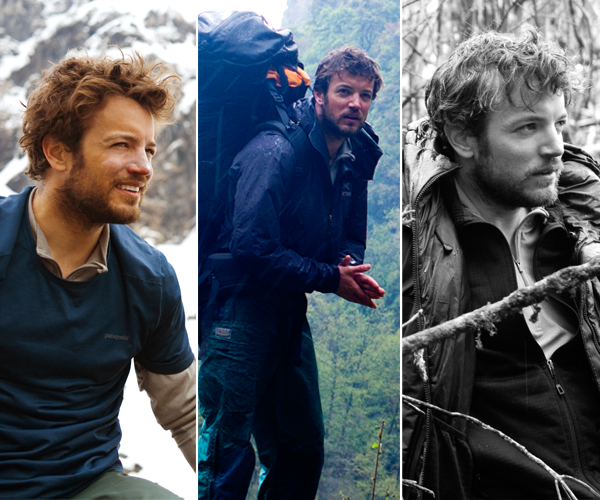 Yeah. THAT’S AMES. He looks a little different without the coiffed hair, bow tie and red pants, no?

Back to the topic at hand…Men Tell All. What I’m saying is, if this dude is asked to romance 25 women come January, I won’t be disappointed and I feel that the majority of you wouldn’t either. 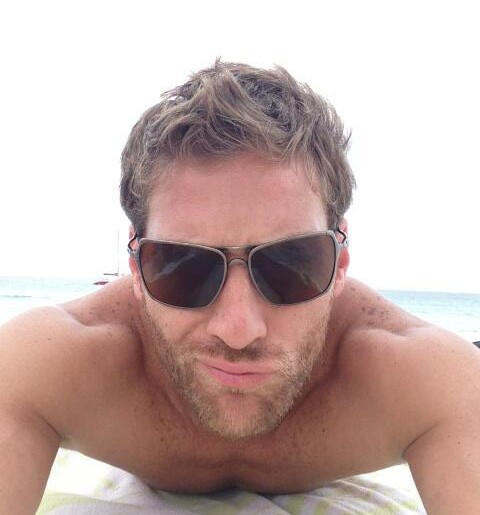 As most of you warned, the episode was a bit of a snooze fest. I did take notes and I think the most efficient thing for me to do now is to create Tweets that succinctly reflect my thoughts, confusion, elation, disappointment and boredom — all in 140 characters or less.

Party Crashing
Watching parties are fake. Not a single girl is in pajama bottoms with a messy bun on top of her head. PS:COME TO HOUSTON #lovetherandomdudes

Advice from the Formers
Emily is so pretty. Ali’s hair = yikes Why is Ashley mute? Statement necklaces for everyone! Des looks defeated. #roomforone #heartbreakhotel

Juan Pablo vs. JP
Understand that I will never shorten Juan Pablo to JP. Because that would be confusing. #unlesshewearsayarmulke #juanpabloishotterthancrap

Memory Lane
Remember when Rated R tried to escape the wrath of Ali on crutches by tromping through a bed of ferns? #goodtimes

Remember when Ashley used to talk on camera and it made you want to burst your own ear drum? #buildabearforever

Ben just got hissed at. #Hollywood

Juan Pablo has his own entourage of women with matching t-shirts! #JuanPablo=enfuego #trademarkpending

Jonathan would like to apologize for being a d-bag and thanks Des for letting him go the first night. #stillachach

Brian chose not to come to Men Tell All. He’s currently having rocks thrown at his head by his on again girlfriend. #stillachachthesequel

Ben in the Hot Seat
Everyone still hates Ben. He regrets what he said in the limo. He’s learned his lesson. #nicealwayswins #doesn’thurttohaveanaccent #oraguitar

Random Dan
Apparently Dan was approached in Vegas by the mother of Ben’s kid. She said some negative stuff that he shared. #bored #takeyourshirtoffDan

James in the Hot Seat
Details of the infamous “tall Chicago women” / “I want to be the next bachelor” story. The opposite of brand new information. #bringbackManny

Mikey in the Hot Seat
Details of the EXACT SAME STORY AGAIN! #thankyouforfastforwardbuttons

#Kasey Rebuttal
Missed you hash! Preach on! Is Mikey getting violent? Drew to the rescue! Wait. He’s not here. #don’taccidentallypunchJuanPablo #savetheface

Zak in the Hot Seat
The hue of his skin and the black suit remind me of Halloween. Did he just pull out a guitar so he could express his feelings? #sofacushion

Des in the Hot Seat
Indifferent towards Ben. Mad at James. Pining over Juan Pablo. Feeling sorry for Zak. Looks like she’s not in love with anyone. #amazingjourney-not

Scenes from Next Week
All the boys are crying. Des is ready to go home. My guess is that Brooks is out on his own accord and she sends everyone else home. #callmeChris

So what did you think? Feel like taking on the Twitter challenge with 140 characters? Sound off in the comments section!

All about the shame, not the fame,
Lincee

That’s Ames? OH. MY. GOD!! He should stick with the scruffy look!

I was tearing up on this summary, SO funny.
For the next bachelor, IMHO, I would welcome HOO-Whan Pablo, or my second choice would be Michael. I just liked him, think he is all around adorable, appropriately outspoken and can be pretty funny. All the other selections seem to BLAH to me.
(Chris, Drew, and maybe even Zak)

My prediction is that they MAKE you wonder if she sends them all home, but NAH, I think it is Brooks and Des in the end.

(P.S. I would also love to see Roberto or Ames…for sure!)

Oops… got too excited there for the amazingly lovely Ames.

Would actually love to have Ames back but I think he’s above this show and its shenanigans. Lincee, I saw Zach Levi at Comic Con, will send you some pics.

Ames is way too good for a second go around with this show. #ifimwrongwheredoisendmyauditiontape
#holyfricklovethescruff

Thank goodness for this blog…I forgot all about that hot mess of a show “Men Tell All” after seeing pictures of Scruffy Ames (hubba hubba) and other manly goodness!

Good God, where did you find those photos of hot Ames? He looks lost in the woods, I’ll come rescue him.

Has anyone else heard that they’re trying to get One F Jef to be the next bachelor? #sloppysecondsagain

I think Brooks leaves but then Des sends the other 2 home and convinces Brooks to come back and accept her final rose.

I always thought Des and OHCH would make a cute couple…that would certainly be a fun twist on an otherwise over dramatized and slightly boring season!

I think Drew looks like Captain America so if someone is going to get a final rose I hope it’s him because in the movie he doesn’t get his girl. Sad face!

I thought the same thing about the spontaneous arrival at the watching parties. Not once have I watched the show in a dress, heels, and statement necklace.

Thank you for the pictures of Ames. Thank you from the bottom of my heart. #sigh