Battle of the Brothers Hemsworth

The first time I remember crushing on the elder brother Chris Hemsworth was when he graced the silver screen with his handsome mug and perfectly coiffed hair as George Kirk (father of the notorious James Tiberius) in the 2009 adaptation of Star Trek. 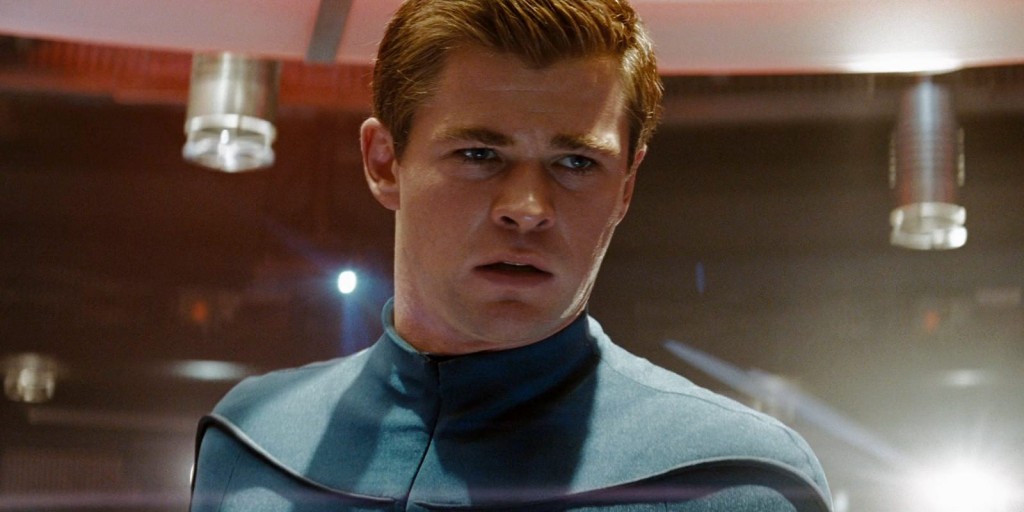 I think the phrase heard around the immediate vicinity of my red velvety chair was, “OH CAPTAIN MY CAPTAIN.”

A few months later, an adaptation of Nicholas Sparks’ book The Last Song hit theaters. Yes, I was there opening weekend and yes, I think the performance of the entire cast…excluding the baby turtles…was mediocre at best and no, you may not judge or make fun of the choices I make when it comes to my monthly movie budget. Like many of you, I anticipate each Nicholas Sparks movies with the hope that one will at least come within a few mile radius of the epic gloriousness known as The Notebook (CLICK HERE). More often than not, they just make me appreciate Noah Calhoun and wonder why Sparks has dedicated his life to including every tween on the Disney Channel to command each romantic role.

Chris’ little brother Liam was the lead. His eyes pierced my soul. 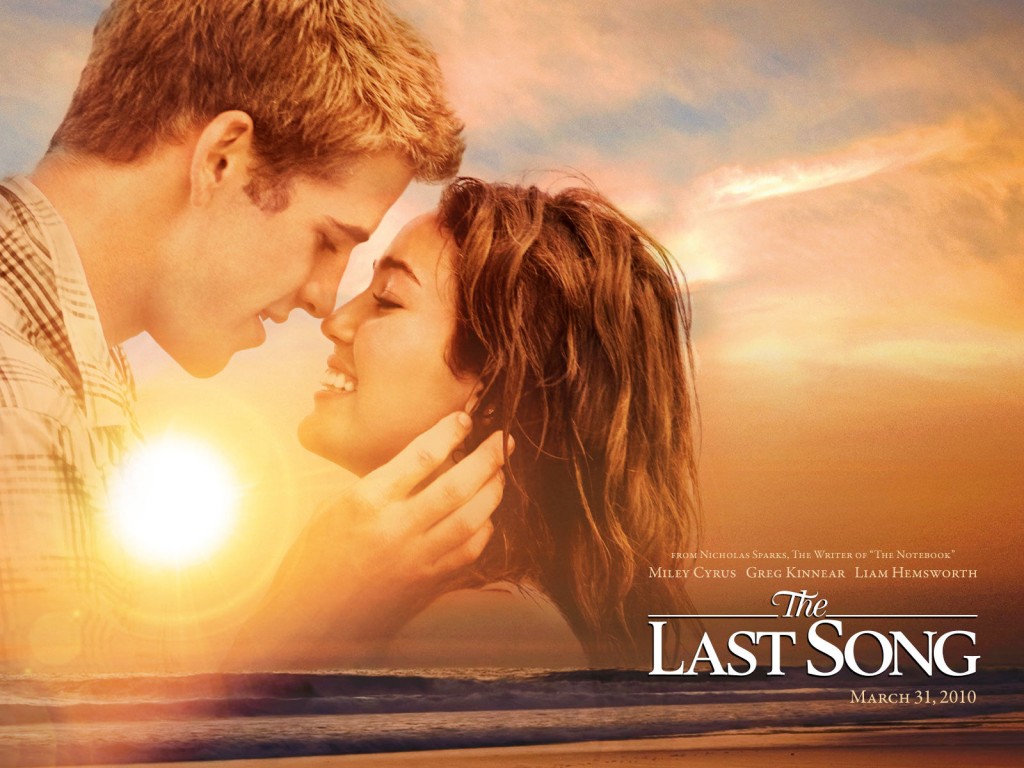 I couldn’t find a photo without Hanna Montana in the picture.  Sorry.

This year, the brothers have gone head-to-head in the blockbuster division, each landing HUGE roles in HUGE movies. Liam plays Gale in The Hunger Games and Chris plays Thor in The Avengers. Although the box office may already crowned Chris as the king, I think we need to further scrutinize the evidence to decide once and for all who is the better brother. 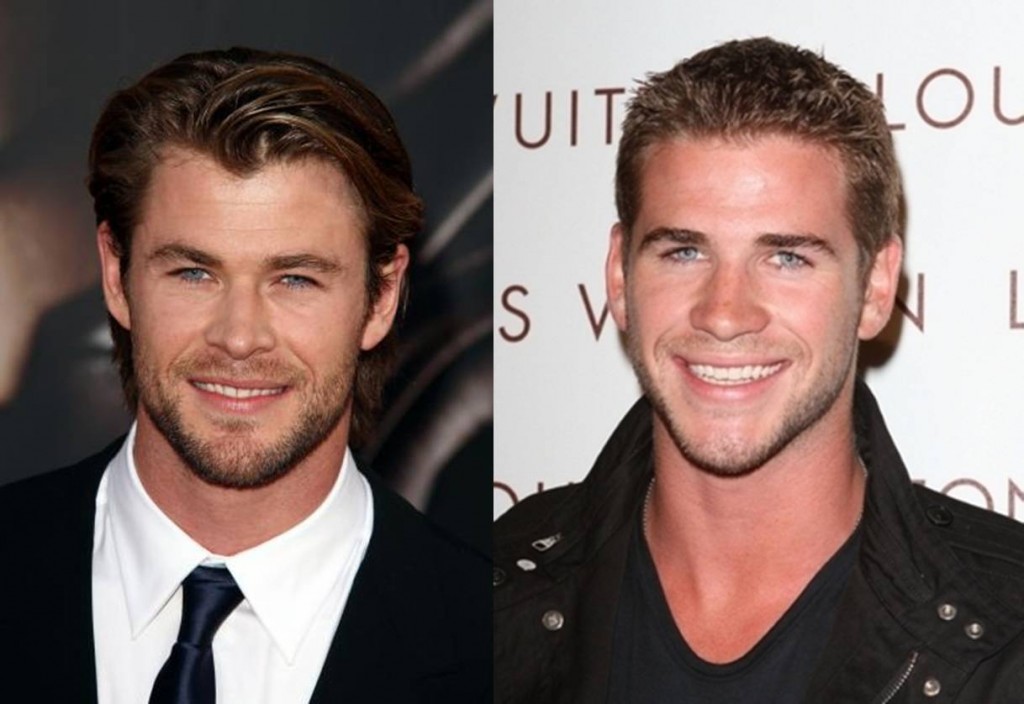 The scruff and eyes can not be denied. Perfect teeth are also a bonus. This is going to be tough. 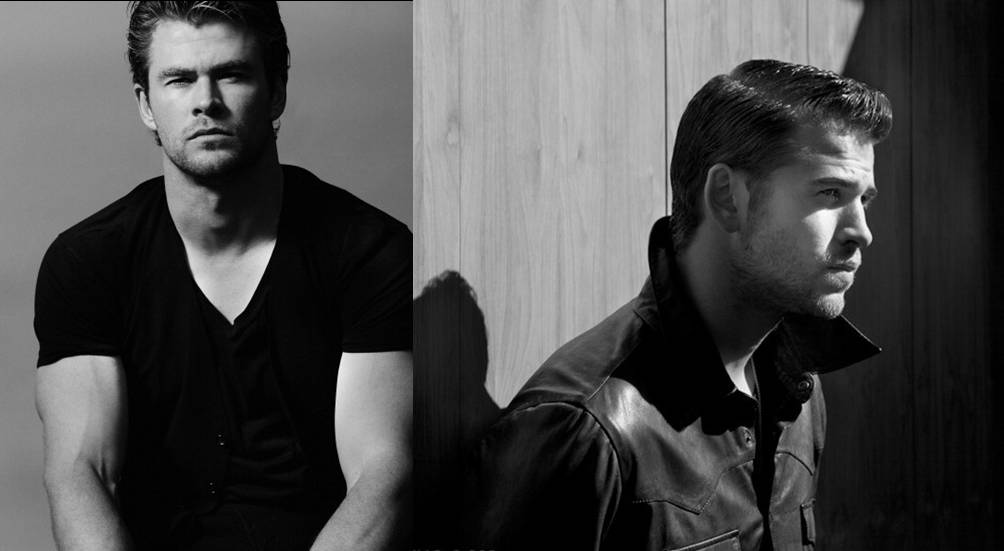 Real men brood in black and white. Liam is rocking the hair gel with ease. Yet, Chris’ biceps are certainly overwhelming. Hmmm. 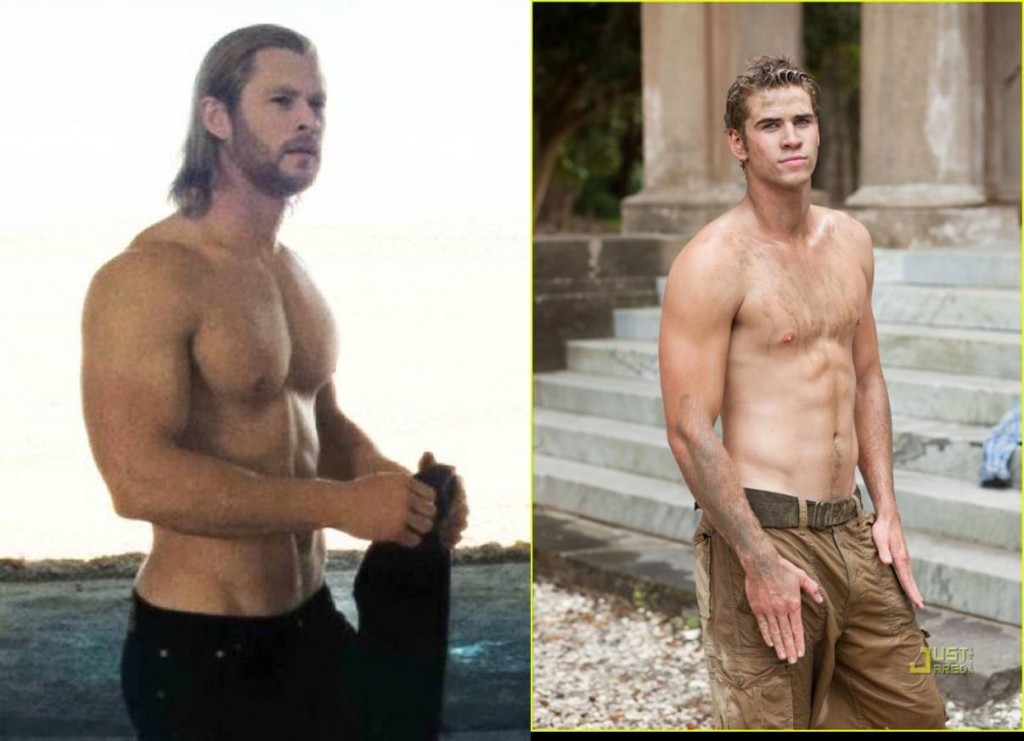 I think Chris’ assets are self explanatory in this picture. With that said, Liam’s dirty face is attractive. Am I weird? 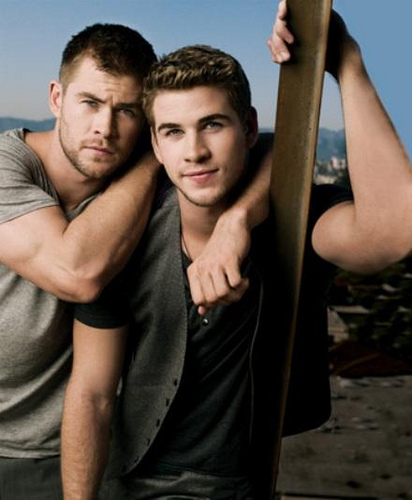 Come on. How cute are they? I don’t think I’m able to decide, so it’s up to you.

It’s not letting me vote! I say muscles anyday…. THOR!

This is something I struggle with on a daily basis. It’s just so hard to decide!!

I voted for Hemsworth senior…all because Liam dates Miley Cyrus and i don’t want to condone such behavior.

Oh My Word!!
Lincee, I’ve been checking/stalking this blog all week for your first impressions of the men who are going to “Battle” for Emily’s heart. I was almost dissapointed when I logged on, and didn’t see a post full bad “glamore shots” This post is a million times better. I’m in awe of the amazing research that you conducted, and laid out for us. It’s almost to difficult to decide which brother is cuter, bu since I have to choose, it has to be Chris. That body is rediculous!

I have to vote for Chris. I remember watching him in Australia, as a soap star! Plus, I have a signed birthday greeting from him!! Woot!

Exhibit A – Chris definitely the winner. Not a fan of Liam’s 10 year old boy buzz cut.
Exhibit B – Holy Hell. It’s a tie.
Exhibit C – If I could mesh Chris’ body and Liam’s head I’d want for nothing. NOTHING.
Exhibit D – Adorable. Wrap ’em both up, please and thank you.
So let’s see…
Chris gets bonus points for being more age appropriate (like that matters) but loses a few for being in a couple of movies that I have no interest in other than the fact that he’s in them.
And Liam gets bonus points for being Gale (so loyal! so understanding! so tall!), but loses 2x that many for dating Miley…..which, after some intense calculations that rival my 16 year old’s calculus homework, makes CHRIS my ultimate Hemsworth.
Thank you, Lincee. You never disappoint with the eye candy!

Good gravy, they’re easy on the eyes! 🙂 I haven’t seen any movie that either of them are in, so I have to go on looks alone. With those abs, I’ll take Liam’s dirty face any day!

OMG there are some seriously superior genes in that family. SO HOTT!

I wasd going to say Liam….that is until I started Google Imaging Chris. Where have I been? He is delicious!

I have a one year old – dirty face is an automatic turnoff.
Just makes me feel like his mother. Plus, minus infinite points for dating Miley. Chris wins in a landslide!

I have to vote Liam. I like his more innocent, sexy look. Muscles tend to make me shy away (although not abs!) Plus once a guy has really long hair, his sexy card has to be pulled. Sorry Chris!

Chris beats Liam, but not Gale…