Beauty and the Beast

This isn’t an exaggeration. In the spring semester of 1992, I showcased my Beauty and the Beast fixation in front of a captive audience of high school peers during my theater arts final. The assignment was simple. Ms. Clark gave us five minutes to perform. Our only rule was that we had to include three different theatrical elements in our piece. For example, you could incorporate set design (#1) and lighting (#2) while reciting a poem (#3).

Young Lincee went above and beyond. I confiscated my mother’s animal print jumpsuit from the seventies, a purple cape we had in the attic, my Mimi’s blue apron, and a white shirt from my closet to make a costume that was half beast, half Belle (costume design = #1). I also painted one side of my face like an aggressive cat (makeup – #2) and borrowed some cat paws from a friend. Why did she have cat paws? I like to think it’s God’s way of blessing this particular moment in my life.

From behind the curtain, I recited (prose = #3) the opening monologue into the microphone with great gusto, pausing in places for dramatic effect. Then I played the title soundtrack and lip synced (I considered this a bonus #4) along with the Celine Dion / Peabo Bryson version of Beauty and the Beast because it’s more intense than the one Mrs. Potts sings. I would turn to my Belle side when Celine sang, my beast side when Peabo sang, and face the audience when in harmony.

It sounds a lot cooler than it actually was in real life. Or it sounds just as dorky as you are imagining

I provide this embarrassing background so you can fully understand the state of my nerves as March 17 approaches. For those of you who don’t know, this is that day the live version of Disney’s Beauty and the Beast hits theaters. Take a look at the promotional trailer.

I have to admit, dear reader, that I am anxious. Yes, the opening score still gives me chills, but I worry that Emma Watson is going to be Hermione Granger pretending to be Belle. I’m going to try really hard to separate the two, but tell me I’m wrong when I point out that it looks like she’s holding a wand at the thirty-eight-second mark.

There’s another thing that I can’t seem to get over either regarding the beast. His horns seems massive to me! In fact, I had to go look up the old beast to see if that one ever had horns. To be clear, the animated version did, however I don’t remember them. Live beast’s horns look like a ram.

Also, I hope I’m not distracted by the CGI effects of his face. I think it’s going to be okay. I’m not positive though. PS: Isn’t it a shame that we won’t get to see Dan Stevens’ gorgeous face until the very end? 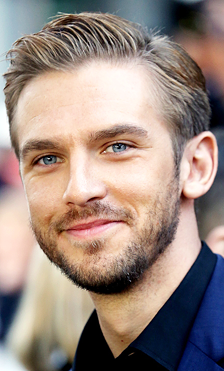 Should I have written “spoiler alert?”

Gaston is one of my favorite Disney villains. One of my love languages is sarcasm. I’m looking forward to Luke Evans owning the role.  I hope he nails the tone and cadence of the character. I don’t want him to play Gaston as just a mean guy.

This brings me to La Fou. Josh Gad plays the quirky sidekick. You know who else Josh Gad played? The voice of Olaf. Will that bug me? We shall see. I have a feeling it will.

After watching the yellow twirling dress in the ballroom scene a few dozen times, I believe Disney has worked hard to get the details right. Of course elements will be added to the story, and I’m okay with that. I just want to love it like I loved Cinderella.

On a final note, I think we should all start praying right now that these people can sing. One wonky version of a classic song and that’s all she wrote. Fingers crossed!

your feelings pretty much echo mine…excited but nervous about all of the elements you mentioned. the music, though….oh my, can’t wait to download the (seemingly) updated musical score when it is released on iTunes!

I had not heard about this. My kids (and I) will be sooooo excited to see this! And we are going to Disney in November so this will help get them in the mood!

I loved the Cinderella version and have high hopes for Beauty and The Beast! I can’t wait until it is out!

I will say this though. The music is already giving me goose bumps! I am with you on this. Could be either!

I was working at my computer a few months ago, the TV providing mindless noise in the background when I heard the first notes from the Beauty and the Beast trailer. Like a siren song, the music called me to the TV, zombie-like, and I watched those beloved characters come to life. The trailer left me breathless! My husband and I both have great affection for the animated movie version as well as the live theater productions of Beauty and the Beast. To call the story and its soundtrack magical is not an understatement in my opinion. I have high hopes…Disney, please don’t disappoint!

I saw a trailer over Christmas, and was trying not to be grossed out by Hermione Granger playing opposite of Matthew Crawley, even if he looked like the Beast for most of the movie. Maybe if Emma Watson didn’t look and sound so young (not necessarily her fault), it wouldn’t seem so weird. I will miss Angela Lansbury as Mrs. Potts. Also, I’m not sure about the British accents, since the original was set in France. However, the other details seemed close to the original animated film, which I loved growing up, so I think Disney did right by being true to that tale as old as time.

Did you see the twitter reaction to the Belle doll? It’s apparently Justin Bieber in a wig.

I’m so with you on this!! I bite my nails and get all anxious any time I see previews! It seems SUPER CGI, and with what I’ve heard so far of dear Hermoine singing… Well… It didn’t help my nerves…