DDAHnna finally landed her man. And a fake twin!

Thanks to IHGB readers Jamie, Kerry and Aja for sending me the exciting news that DDAHnna Pappas is betrothed to Stephen Stagliano. No, he’s not the Stagliano you remember from Jillian’s season–that’s his twin brother–who is also engaged to former bachelorette Holly Durst.

Try to keep up with me people.

DDAHnna appeared as a bachelorette contestant on Hotter the Crap Brad Womack’s season. She was rejected at the Home Depot Pillar of Love and asked to come back the next season as the official Bachelorette. She narrowed her choices down to single father Jason Mesnick (founding father of “The Mesnick”: to sob with gut-wrenching regret and confusion which must be executed leaning over a balcony) and snowboarder extraordinaire Jessie Csincsak. She ended up engaged to Csincsak but later broke it off. He confirmed the split via YouTube video, complete with tears. We all laughed.

Because he was America’s sweetheart, Jason Mesnick was invited to be the next Bachelor. Holly Durst was a bachelorette contestant during this season. So was a gal by the name of Ann Lueders. And another one by the name of Jillian Harris. All managed to escape the d-bag’s clutches and were kicked off the show sans roses. Jillian was asked to be the next Bachelorette because ABC knows how we love regurgitated contestants.

Stay with me. I’m almost done.

Jillian was charmed by a darling break dancer named Michael Stagliano. She gave him the boot after meeting the parents (and twin brother Stephen). Stagliano went to the “Men Tell All” after party dragging his brother along for support. Low and behold, Pappas and Durst were at said party and according to the group, that’s all she wrote.

In a bit of irony, Pappas’ former fiance Csincsak also announced today that he has proposed to former bachelorette contestant Lueders, whom he met on a Bachelor reunion cruise about a year ago. 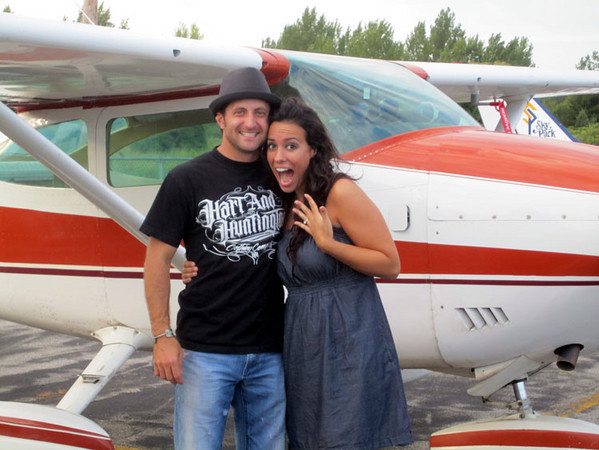 Clearly, Pappas is a little miffed that the snowboarder is trying to steal her thunder. As a result, she made a deal to sell their Wonder Twin Power story to US Weekly for a small fee. She convinced her future sister-in-law that she needs to dye her hair brown and insisted that they wear the same outfits at all times. Fortunately the Stagliano twins dress alike, so there was no arm twisting in that department.

If you can persevere through the video below, you have a stronger stomach than me:

I’m going to say that DDAHnna definitely wears the pants in BOTH relationships.

Thought I had a strong stomach. I guess not. Barf.
But I did laugh out loud at your breakdown of this DDAHnna soap. Well done as always Lincee.

I need a chart. These people are crazy. I give it 6 monthes.

Gaaaaaaaaaaaaaaaaaaaaaaaaaaaaaaggg…gg..g.
Ms. Durst was actually on Matt Grant’s season. She used to be blonde. Then she dated Czinczak, our favorite fame whore, and then became DDAhnna’s bestest friend. The brunette choice shows us where she has arrived on her path of discovery….. the lesser Deanna.
I still think the Stagliano twins are nice guys, even if they agreed to this cheese-A Doublemint commercial.

I don’t think Holly Durst was on Jason’s season.

So in other words, the Bachelor Pad scenario has basically been going on off camera for a few years…and actually seems to have more successful relationships than the show that paved the way for these hook-ups. I guess now there will be plenty more couples for ABC to highlight as Bachelor/Bachelorette “success stories” on the ATFR specials.

OM-friggin’-G! Can this be more ridiculous. Is D-D trying to become a Kardashian with that mop of hair? I’m upset that I just ate my lunch, because I feel it wanting to make a re-appearance. Thanks, you matching douchebags, for ruining my yummy lunch.

i don’t have sound on my computer at work and i STILL only made it about a quarter way through that video.

DDDDhhanna is trying to be obnoxious. And it is working. She is going to become one of those people where I almost kill myself trying to change the remote so I don’t have to watch her on tv.

Here’s the link to the Mary story!

hahaha! awesome, I am so glad you posted about this. I was dying laughing the whole time I watched the video and then came straight to your blog 🙂

All I can say is Thank God these people are finding each other & staying away from the rest of the general population. With any hope they will not reproduce as they predict, cause we just don’t need to see any more Bachlor/ette spawn in Sketchers commercials

Deanna will you shut the F up? Annoying how she wouldn’t let anyone else speak. We’ll see how long any of this lasts. I loved Michael S. on Jillian’s season. Good luck brothers!

#8-When I first saw the girls in the white dresses, I really thought it was the Kardashian sisters. Funny you mentioned that!