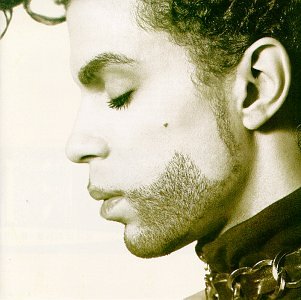 I love great debating.  Especially when I debate with a certain someone who really thinks he is providing solid factual evidence on why I may or may not be clinically crazy.

About a year ago, Chance and I randomly debated the vocal stylings of Michael Jackson.  It was messy to say the least, and resulted in my very first website retraction.  See here and here.

But the other night, I was in a particularly good mood and decided to call my old friend up to tackle another great debate:

What are the top five Prince songs of all time?

Fortunately, Chance was able to pull himself away from legal briefs in order to discuss this important matter with a clear and open mind.  Since we had “issues” with the Jackson debate, I decided we start off by simply listing all the Prince songs we could think of in five minutes.  Afterwards, we would both narrow down until we had reached a top five of our own.

Then Chance suggests something completely out of left field.  That brings us to the first sound bite of the night:

Lincee:  What the heck is “Beautiful Ones?”  I’ve never heard that in my life.

Chance:  It’s just Prince being beautiful.  Don’t write that down.

A few minutes later, we learn that “Little Red Corvette” and “Purple Rain” have both made it to the top five in each of our lists.  I’m not sure the thought process behind Chance’s selection, but I personally chose the two stellar songs because they reminded me of the time the seniors danced a Prince medley at our Bobcat Belle Spring Show.  Listening closely to the lyrics of “Little Red Corvette” later in life, I’m quite shocked that our director let us bust out a few jazz hands to that song.

It reminds me of the conversation I had with my Mom about the song “Grease Lightening” and how she used to let me and my sister sing it to the top of our lungs.  In front of people.  On numerous occasions.  If you recall, it was full of innuendos and a few dirty words that you can’t even miss!

Mother stands firm with the old stand by of:  “You didn’t know what you were saying back then.  It’s fine.”

Cut to Hallsville High School auditorium circa 1994 and me executing a perfect jeté to the verse that talks about the singer having a pocketful of Trojans.

Let’s get back on track.

To recap, Chance has without a doubt solidified his top three in the form of “Little Red Corvette,” “Purple Rain,” and “Beautiful Ones.”  (I know…right?)  It’s down to the final two.

Chance:  “Let’s Go Crazy” is looking like a solid contender.”

Lincee:  You have GOT to be kidding me Chance.  Are you serious?

Chance:  But I have moves to that song.  The part about picking up the phone…

Lincee:  There are a ton of songs better than “Let’s Go Crazy.”  What about “7,” or “Diamonds and Pearls?”  “Raspberry Beret for sure!”

Chance:  Ooohhhh…. “Raspberry Beret” is good.  But I’m gay if that is in my top five.

Lincee:  You already admitted that fact with this “Beautiful Ones” nonsense.

It all comes down to the lists (in no particular order):

U Got the Look

It’s up to you guys to decide.  Who has the better list?  Who knows the true meaning of what Prince represented before he was the Artist Formerly Known As?  Would any of you put “Beautiful Ones” in your top five?  Sound off in the comments below.

I am dying over here…I was in drill team too and my director loved Prince. These 2 lines made me spit my water all over my computer- I constantly wonder the same thing…

“they reminded me of the time the seniors danced a Prince medley at our Bobcat Belle Spring Show. Listening closely to the lyrics of “Little Red Corvette” later in life, I’m quite shocked that our director let us bust out a few jazz hands to that song.

Cut to Hallsville High School auditorium circa 1994 and me executing a perfect jeté to the verse that talks about the singer having a pocketful of Trojans. ”

Anyone who does not include KISS in their top 5 concerns me. SERIOUSLY.

I’m going to have to come to Chase’s defense and agree with him. “The Beautiful Ones” is a great song, although I strongly suspect the draw is almost as sentimental as it is a response to the music itself. That being said, I think overall I’m going to have to vote for Chase’s list, which is comprised of some other pretty awesome songs as well.

I think I have to go with Chance’s list, but replace his “Beautiful Ones” with “Kiss”!! 🙂

Unfortunately one of the best loved songs in my college circle was Pussy Control. I know, terrible right? I don’t even think you can find it on his CDs anymore after his reincarnation, but it was the best thing ever at the end of the night dancing at the bars in Manhattan, KS.

Now we are talking. Prince is the BEST!!! I am always playing songs from the 80’s for my 13 year old daughter. Everytime I ask her “do you know who sings this” she answers, “it’s either got to be Madonna or Prince”. Yes, I do have a lot of Madonna and Prince on my playlist and ironically their voices can sound similar sometimes. Then my beloved daughter sends a dagger through my heart by asking, “Are either one of them still alive”. SACRILEGE!!!

Ok, so CLEARLY Purple Rain is the best Price song of all time and I loved the movie, I may be the only one but I loved it. I have to put Kiss in there because it reminds me of Julia Roberts in the bathtub in another great movie. 1999 reminds me of many a high school night of dancing, partying and what-not. Now it gets a little harder… Little Red Corvette, of course… Raspberry Beret, sure… When Doves Cry, can’t leave it out… And who could forget I Would Die 4 You, I finally got the hand signs down… Cream, ok maybe not… Darling Nikki, very kinky… Computer Blue, “Wendy, yes Lisa, is the water warm enough, yes Lisa, shall we begin, yes Lisa.

And for the record, my drill team instructor wouldn’t let us dance to ANY Prince songs but she did allow us to do a prop routine to It’s Raining Men where we wore rain boots and carried an umbrella, go figure.

I don’t think I have ever heard Beautiful Ones.

I love his Purpleness!!!

I still remember all the stellar choreography my 8th grade cheerleading squad came up with to perform “Let’s Go Crazy” at a pep rally. Not that I’ve done the dance recently or anything. It’s been at least two weeks.

I couldn’t possibly come up with a Top 5. The man is a genious. His songs (and him actually) are all so nasty good. He’s like one of those men you would love to have a one night stand with and not tell ANYONE!!! ROFLMAO! But seriously, I love all his music….too many good ones to narrow it down to five.

Sorry Lincee-must side with Chase on this one. Great list ,but I would have to add I would Die 4 U in there somewhere.

I am going with Lincee! Although I would have to swap 7 and Purple Rain for I Would Die 4 You and Rasberry Beret. I know P Rain is good but as top 5 gotta go with the ones you can dance to. I believe Little Red Corvette was my first record, a 45! Lincee I have had similar conversations with my Mom about the same music, except she didn’t know what she was listening to or singing either! Oh and you should check out Beautiful Ones it is a good one.

okay i just re-looked up the lyrics to greased lightning, and i’m laughing pretty hard.

Tough call here on who wins. Neither of you had I Would Die 4 U or Raspberry Beret! I do like Beautiful Ones, although it wouldn’t be in my top 5. But I have a strong dislike for the song Kiss… for some reason, I just can’t stand it! Sooooo… might have to go with Chance for this one. Sorry Lincee!

Prince’s live version of “The Beautiful Ones” from One Night Alone is my ringback tone. Enough said. Chance wins that one. Unfortunately, I can’t vote for either of you. Prince’s top 5 are: The Beautiful Ones, Little Red Corvette, Adore, Do Me Baby & Purple Rain.

Both your lists are pretty good and I love that you have You’ve Got the Look on your top 5… big fan, always makes me want to dance. But I have to say that The Beautiful Ones trumps all. That song is an all-time fav for me. In fact, I can clearly remember my daydream in the 6th grade of wanting a certain boy to sing that to me… screaming at the end about me!!! And if I was allowed to listen to only one Prince song for the rest of my life it would be that one, so Chance, you’ve got my vote.