Last night my phone, Facebook and email blew up with the confirmation of Jake’s return to The Bachelor.  And for some reason, ABC chose to share this news on Dancing with the Stars in one of the lamest announcements I’ve ever witnessed.  Granted, I fast-forwarded through most of the train wreck.  (I’m not emotionally invested in anyone on the show but Dmitry now that Maks is gone.)  But from what I gathered, our second favorite host Tom Bergeron teased us with two yahoos and Jake…all holding a single red rose (chachtastic) while the inevitable rhetorical question boomed over the audience as the camera man (do you think it’s Gary?) panned the three faces:

“Who will be the next Bachelor?”

After the break, they did the exact same thing with the addition of Julianne Hough’s little brother in the panel looking like a door knob.  The camera landed on Jake and he gave a half-hearted grin as if to say, “What in the world have I gotten myself in to?”

Much like this moment when he sold his soul to the producers and came back to tattle on He Who Must Not Be Named: 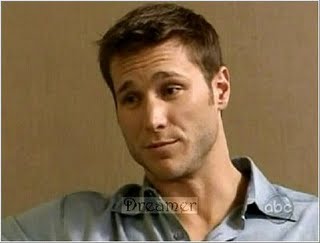 I think the best thing to do now that we are officially stuck with Jake is to focus on the positives:

1.  He’s still hot.  Yes, it’s in a Ken Doll sort of way, but he’s had several months to work on his core and get ready for the hot tub scenes.   Hopefully he practiced kissing a few lucky ladies to work on his form and approach.  Hopefully…

2.  Everyone knows that we all love The Bachelor better than The Bachelorette because of the CRAZIES that ABC blatantly puts through to the Top 20.  Here’s hoping he is contractually obligated to keep one or two around for entertainment value.

3.  Remember how we called Jason Mesnick melba toast?  And look how THAT season turned out!  There’s hope for our pilot!

Oh!  And look who else is back! 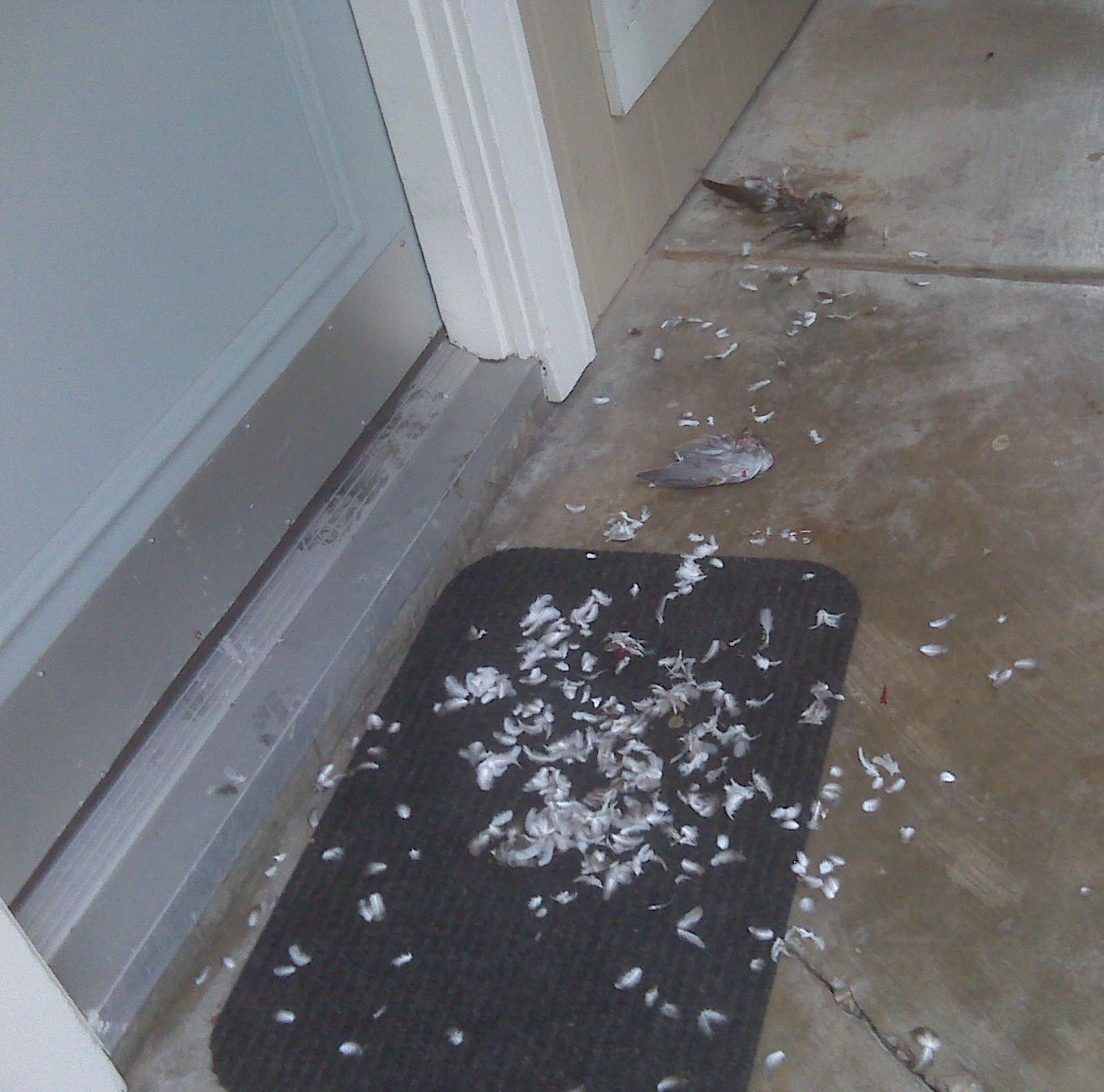 I can’t contain my joy.

Luckily, the apartment cat left this little treasure in front of the neighbor’s door.  Looks like Tweety put up a good fight.

Or it might be an omen that things are going to be messy on this season’s Bachelor.

I loved Jake. I know lots of people didn’t really care for him. But at this stage in my life I’ll take a little boring, with a good job, and nice abs, over the questionable does-he-or-doesn’t he have another fish (or several) on the line bad-boy type.

I look forward to the crop of crazies ABC has dredged the Oklahoma/Texas/Louisianna ponds for. Because you KNOW that’s where they’ll focus the search since he’s from north Texas. 🙂 Go Oklahoma Girls!!!

I like Jake, and though I didn’t want him as the next bachelor I’ll still watch. He’s still cute, but I think he has the potential to be WAY clingy. Maybe it’ll be a good season after all!

Side note: Reid finally accepted my Facebook friend request! I’m official awesome and/or pathetic, depending on how you look at it.

My excitement got to me.

I am very “eh” on this season. Of course, I will watch, but not with the excitement I have had with EVERY other season!!

I was hoping for Reid, but I guess enough people will swoon for the Barbie doll….err…Ken doll.

What perplexes me is that on almost every blog and entertainment site, the grand majority of women were not in favor of Jake. So why did the producers feel he’d be such a good fit? Don’t they make money if we actually watch the show? Or are they banking on the fact that we’ll all watch anyway, no matter who’s filling the Bachelor shoes?

During the DWTS bit last night, I was really hoping Jake was the fake and Derek Hough was the Bachelor… So sick of them recycling old contestants!

Ok, so I’m trying to talk myself into Jake as the Bach, in doing so I’ve made a list of pros and cons…
Pros: 1. Jake is nice to look at. 2. He seems to be a nice person. 3. He has nice abs. 4. More crying over banister moments. 5. Pilot uniforms are hot. 6. Lincee always has awesome recaps, no matter who we are watching.
Cons: 1. Booooring! 2. Continuing the trail of tears left in the wake of Hotter than Crap Brad Womack. 3. I tend to end up really disliking the people that I once liked when they become the Bachelor or Bachelorette. It happened with Deanna, Jason, even Jilly to some extent.

#9 – heidi, don’t forget that we now will have to hear…After Jillian broke his heart last season…every time the show starts!!!! AAHHHHHH

I want fresh meat darn it!!!! Hot fresh meat…ABC!!! They are out there – if you need help let me know…I’ll find a mighty fine piece for the greenbeaners to enjoy!

CRACKING UP at the apartment cat’s present!!! LMAO

Officially…not…watching. Hopefully Lincee’s recaps are just as funny without watching the nursing-home-BINGO-game that will be this season’s show.

I used to work at a nursing home, and I’m pretty sure their bingo games are more interesting than Jake.

SCORE! Think of all the airplane lingo to be used this season…

They already said it would be called “The Bachelor:On the Wings of Love” Gag me with a spoon!