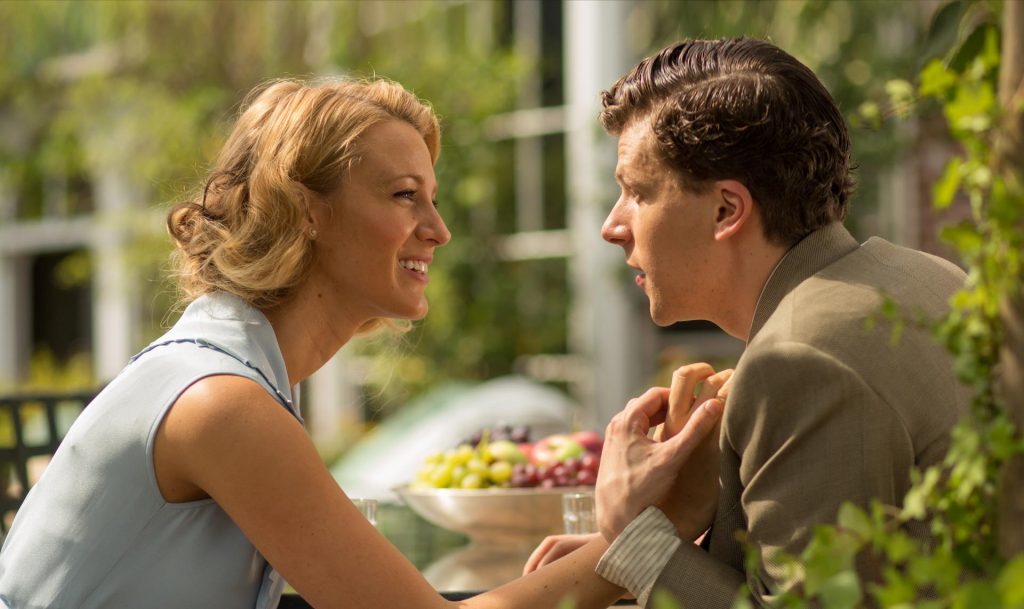 The Gist: Woody Allen wrote and directed it. Enough said.

Disclaimer:
When I was in college, a girl I worked with casually mentioned that the movie she had seen the night before was one that I probably wouldn’t be interested in. Although I don’t remember its name, I do remember her saying that it would probably be above my head and that I wouldn’t know how to appreciate this high brow piece of art since I grew up in rural East Texas.

I’d like to say that my quick comeback included a Frederick Nietzsche quote, in flawless German, but that didn’t happen. If memory serves me correctly, I spent the better part of the afternoon wiping away renegade tears.

Whenever I watch a Woody Allen film, I appreciate the fact that this man has been doing his thing for a very long time. They guy has basically written one movie a year since the 60s. Everyone wants to work with him, so his casts are usually pretty impressive. He likes the misfits, because he’s a misfit, and I like that about him.

His films are always beautiful. The sets are outrageous. The costumes are divine. The people look like they have been plucked directly out of the era. The music complements each and every scene. The dialog is snappy, intelligent and often filled with angst and awkward phrasing.

It’s everything you want in a romance. The components are there for a wonderful movie-going experience, yet I always walk away unfulfilled.

It must be my East Texas upbringing.

Survey Says
By watching the trailer, you may assume that Cafe Society is a romantic comedy. That isn’t necessarily the case. In keeping with tradition, I left the theater feeling like I missed the point of the entire movie. Again, that’s how I feel with all Woody Allen films, so take that with a grain of salt.

I feel the same way about Serena van der Woodson and all Woody Allen films. I never quite get them. I blame my north Alabama upbringing.

I hear ya, Hilary!

“It’s everything you want in a romance. The components are there for a wonderful movie-going experience, yet I always walk away unfulfilled.” That’s exactly how I felt. While others were saying how much they enjoyed it, I said, “Well, the costumes were wonderful…” I felt unfulfilled. Thanks for articulating my thoughts!

Thanks for the review! I’m not sure I’ll see it (maybe later on DVD), but I always like to read your thoughts on recent releases.

If you haven’t already seen it, I think you would like Florence Foster Jenkins. It’s sentimental, but very well done, not cheesy. I loved it! Meryl Streep once again knocks it out of the park, and Hugh Grant was a great choice as second. Just my opinion, but thought I’d share.

I just saw a trailer for that and thought I would enjoy it! You’ve convinced me Amy. Thanks!

Dont feel bad…only movie I ever walked out on was Hannah and Her Sisters –swore I would never pay to see another Woody Allen movie. I have never “gotten” him.

Author
Lincee
Reply to  Wendy B.

Woody Allen ‘s films always strike me overly self-absorbed and anxious. Please don’t mistake that for ‘high-brow!! I think I ‘get’ them but I don’t really like them. Being originally from NY state might make the underlying emotional tone more familiar to me, but it doesn’t make his films any more enjoyable. Plus…he’s a despicable pedophile that’s protected by his fame, not someone to admire.

p.s. Lincee, you’re wit and creativity are beyond amazing, Thank you for sharing your insights with all of us!!!

Why thank you Leah! You are too sweet.

I walked out of a Woody Allen movie in the 70’s and wouldn’t spend a dime on his work. Lincee, good job on a review that outlines the frustration of his films. I have an issue with his personal life choices as well. Remember, he married his step daughter and there was alleged abuse involving his young daughter.

He does have a terrible reputation.

It’s interesting, you mentioned the costumes, the sets, the score, the casting, and the dialog, but not the story. A lot of Woody Allen’s recent movies seem to fall down in that department. He has great collections of ideas but they don’t hang together and the movies end up being half-baked. That’s my own theory, anyway 🙂

I’m right there with you Erin D.

I actually liked the fairly recent Woody Allen film Blue Jasmine but I thought Cate Blanchett and Sally Hawkins were just wonderful in that movie. I was never a fan of Annie Hall, though it had some good scenes. I’m not sure I enjoy the neurotic male New Yorker characters. Blake Lively has rarely impressed me, though I loved Gossip Girl- Leighton Meester was the MVP on the show for me. Blake Lively was pretty good in her limited role in The Town but I still remember my sister and I literally skipped every scene with her in it during The Sisterhood of the Traveling Pants 2 after the first time we saw it. The movie I liked Jesse Eisenberg in the most was Adventureland when some of that neurosis was toned a down a bit- and Kristen Stewart seemed more natural in that movie as well. I liked The Social Network ok but it truly broke my heart that Mark Zuckerberg and Eduardo Saverin’s friendship was so demolished by creating Facebook.

The two Woody Allen movies I enjoyed are, Magic in the Moonlight (Colin Firth) and Midnight in Paris (I’m a literature nerd). I’m not a fan of his work, (or him) overall even tho I should be, because of my California upbringing lol.

p.s. I think Kristen Stewart and Jessie Eisenberg both act the same in every movie they are in.

I thought Midnight in Paris was GOOD…the second time I watched it!

I also agree. I always feel disappointed with the exception of Midnight in Paris. I loved all of it-the lit references, the setting, the acting.

F your former co-worker…..the positive side of that story is that you ultimately were able to use the experience in a review. Love your work and the review….I’m going to see the movie tonight. I hope all is well.

Thank goodness somebody finally said it–I never get his movies either & I’ve seen quite a few! I’m from Mississippi, so maybe you are onto something.