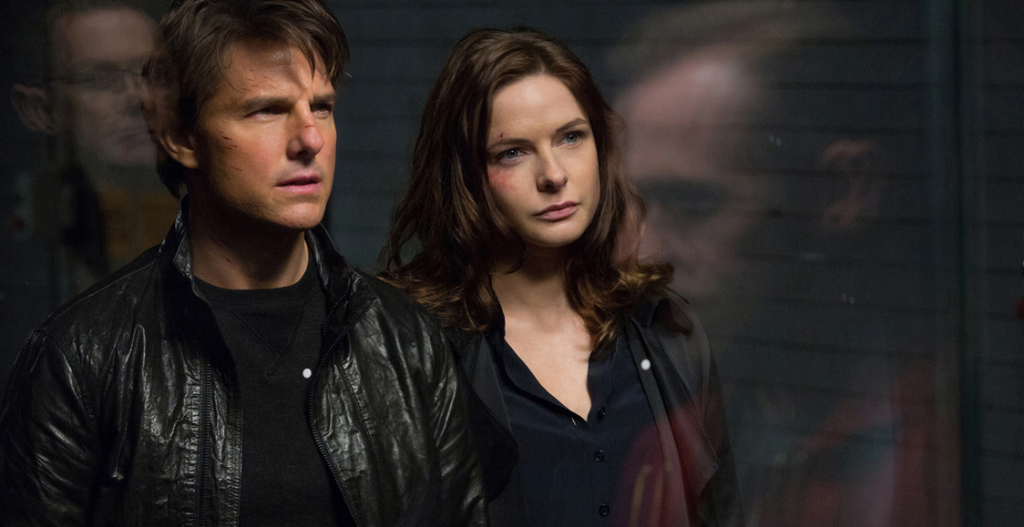 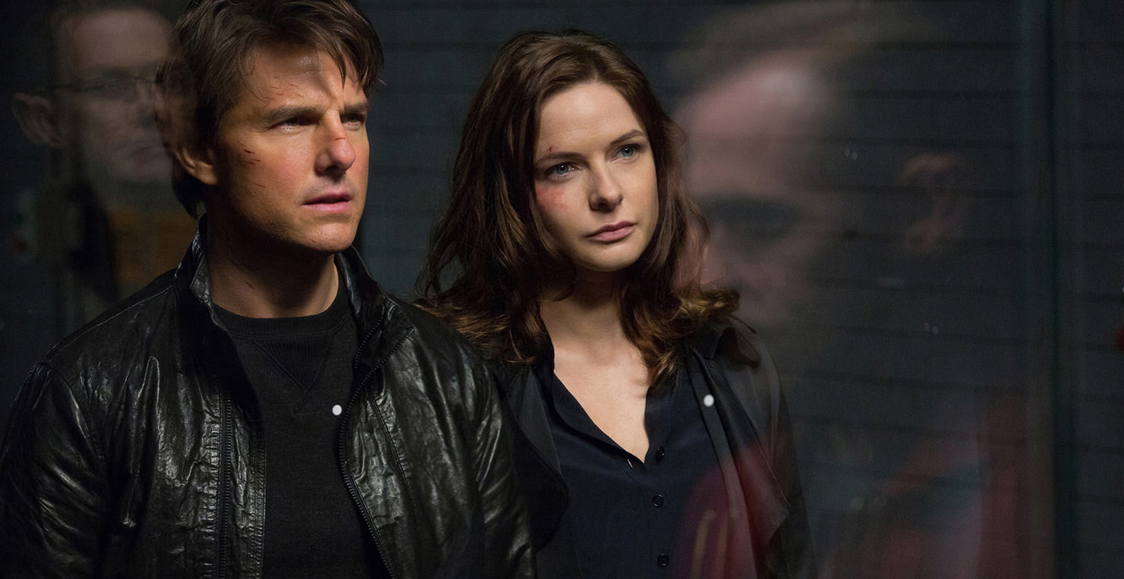 The Gist: Ethan Hunt is put in impossible situations in order to catch the bad guys before the world explodes. That’s why it’s called Mission Impossible. Yet somehow—he does it.

Survey Says
Your mission, should you choose to accept it, is to see this movie on the big screen before it self destructs.

Hey Lincee! This sounds great. My husband and I rarely go out to the movies because I usually don’t go for the action/adventure stuff and he suspects all dramas are sappy. However, I will gladly accept the mission to see the most handsome cast of bad people you’ve ever seen!

I saw Tom Cruise on Jimmy Falon and he said the stunt with the plane was real (albeit probably on a smaller scale). He did the stunt himself and said it was freezing because he just had the suit on.

Although, agreed, still not a typical real life scenario 🙂

Although, agreed, not a typical real life scenario 🙂

I personally loved this movie! It’s great for what it is – suspending reality and enjoying some good, clean fun along with some amazing stunts. There were so many, and every new one, seemed to top the one before!

Even though the typical hot-girl is in the movie, she’s there as a real character, and not just for what she looks like. I appreciated that.

And I don’t care what anyone else says, Tom Cruise is still very good looking!

Thanks for the review, Lincee!