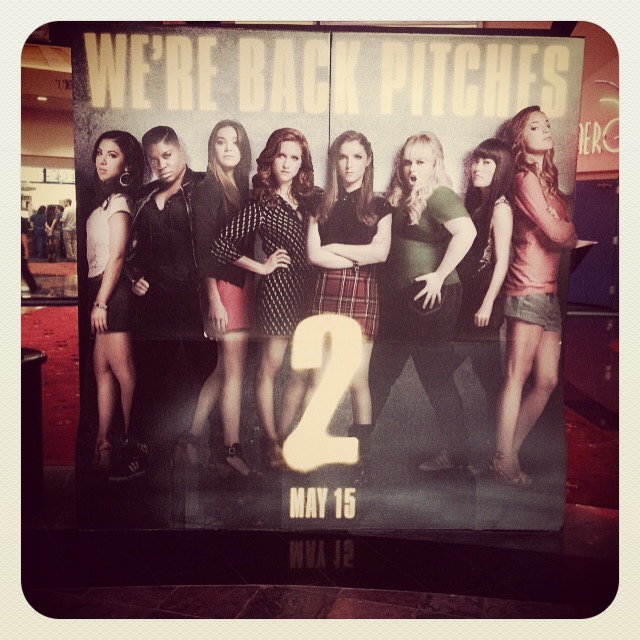 The Gist:
The Barden Bellas are back people. Grab your Madonna mic and prepare for a global riff off.

Survey Says :
Manage your expectations. It’s just shy of being as great as the original, but you will enjoy yourself immensely. You’ll appreciate the story, maybe a little more than the music. But let’s face it—you’ll download at least six of the 18 available songs. Then you’ll realize that it will only cost you a few more bucks just to go ahead and buy the entire album. And it will grow on you like moss on a wet rock.

Clearly I speak from experience.

Barely any Jesse? Wha????
Thank you for saying “manage your expectations” that is always my downfall.

Author
Lincee(@admin)
Reply to  Amanda B

Me too Amanda B. You will like it, but it just a scooch shy of the original.

We saw it at the drive-in and loved it!

Drive in? HOW AWESOME!

Thanks for the review! I loved the first movie and have been waiting on this one since I heard it was being made. Glad to hear it will be worth the wait.

I laughed so hard. It was aca-awesome

Stay through the credits!

How was the language? And the overall inappropriateness?

I saw it on Saturday and I completely agree with what you have written here. As per usual 😉

I LOVED #1 but just LIKED #2. I agree the music is catchy and I did just buy the whole album on iTunes (it was only $9.99 – a bargain). Movies like this make me glad I have a 14 year old daughter – so I brought her and 4 of her friends. I enjoyed it as much as them (Oh who am I kidding? I enjoyed it more!). But Barrett – it’s rated PG13 and I agree with the rating – I even thought it was a bit raunchy in parts for my 14 year old (who is a bit sheltered). But it’s Elizabeth Banks – that is totally her humor. Girl Power for sure!!!!

While I love Anna Kendrick, I just didn’t feel her in the sequel. Loved all the cameos they had but for me the best part about this move was the Packers.