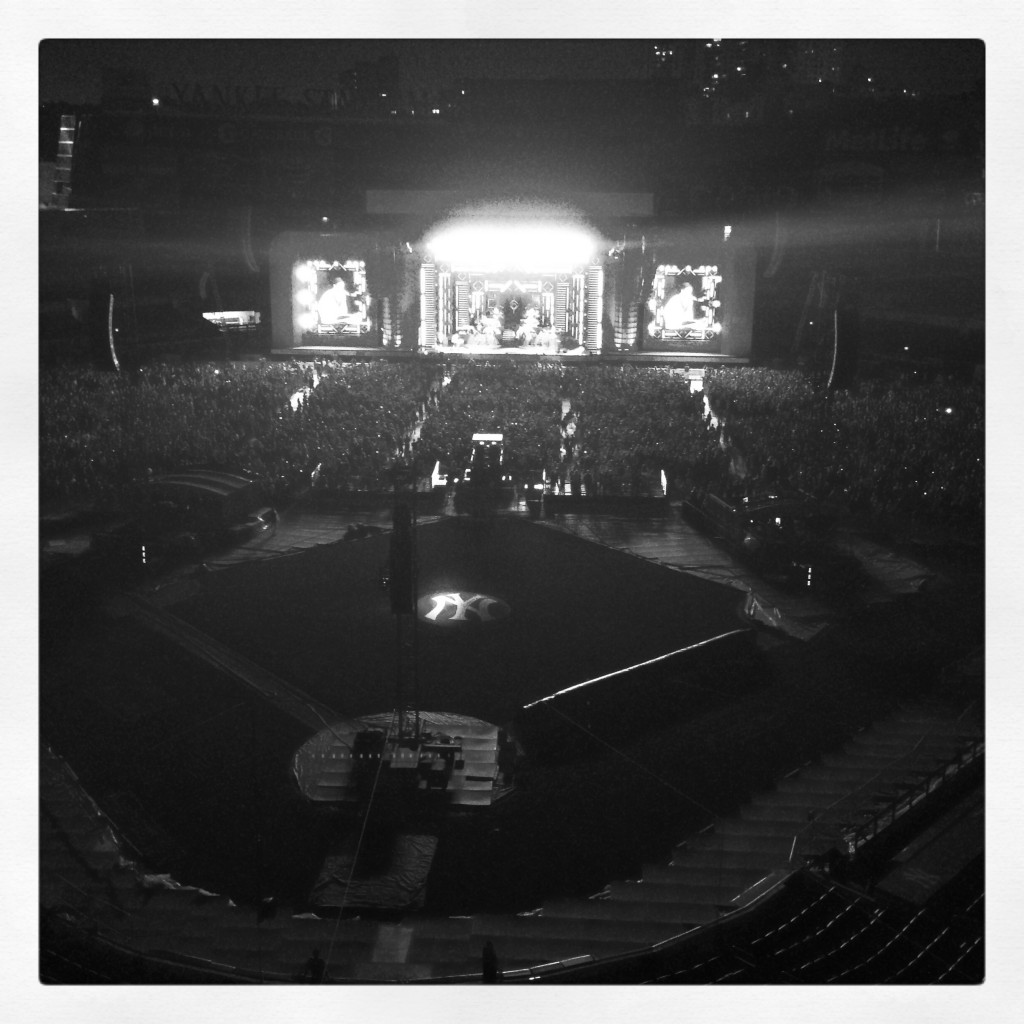 That’s Justin Timberlake. He brought sexy back to Yankee Stadium. It was glorious.

I had every intention of watching Men Tell All and writing a quick recap last night since I was on a five o’clock flight out of LaGuardia. Five turned in to six which morphed into 6:30 which ended up as two hours on the tarmac before finally taking off around eight. By the time I got home, it was midnight and I couldn’t force myself to commit two more hours listening to a bunch of men “bro” each other.

Then I got a text from my friend Ann saying that Zak might be trying to be the next He Who Must Not Be Named. And I was intrigued.

But I ended up falling asleep instead. I’ll watch tonight and post something tomorrow. Let me know in the comment section what to watch out for!

Ah the joys of travel!

I thought Zak was adorable – loved the song and I usually cringe at things like that. He was a very unhealthy shade of orange though – not his best look.

The bad boys were whiny.

Des was trying to hard to be bad ass and I think it backfired a bit.

OHCH was as adorable as ever.

Lincee…you had to ask “what to watch out for” need I remind you that the ever so hot Juan Pablo was on this season and THAT my friend is the ONLY thing you need to watch out for. He just gets hotter all the time!!

I actually really liked the song Zak played for Des. It was very touching and you could see it was not for the fame, but rather a way to release some feelings.

I enjoyed Zak… he seemed extremely genuine, heartbroken, and ready for love in his life. The poem in the book – which I was impressed was actually there – was great. WAYYYYY too much time on James and Mikey. Ugh. Des did a good job standing up to the boys but it seemed she forced it a bit much. There really wasn’t a lot of time with her, it seemed.

Can’t wait for the finale… looks very interesting. Any theories?

The best line of the whole night was The Fed telling the creepy Fantasy Suite/date rape card lawyer that he didn’t get booed by the audience because people had forgotten him (I confess I had no idea who the first five guys were). They spent WAY too much time on the James/Hashtag/Drew “scandal” that did nothing but prove that no matter who was right, James is a gigantic d-bag. Why didn’t they talk to Bryden (who looked adorable, btw) about his departure? He just sat there smiling! I hid behind a pillow when the ABC intern brought out Zak’s guitar, but ended up enjoying his sweet, sincere song. And WTH happened in Antigua???

I have a feeling one of the three left will be the next Bach. It just didn’t seem like they (the audience) were feeling any of the guys. That aside I hope it’s someone like JP, or someone from another season. This season was a bit lame in the guy department, as in, I wasn’t dying to hold on to anyone.

Loved seeing Jason and Molly with their new baby.

Had to fast forward through Zak’s song. No offense to him, I just can’t take that stuff. From the looks of people in the audience, it was touching, just not for me. I do like Zak very much though.

The VERY BEST part of the show was when Juan Pablo joined OHCH in the “hot seat”. Good grief that man is adorable. And when OHCH questioned him about his experience on the show I was shouting at my TV, “ask him to be the next bachelor, please!!!”.

I think they ARE going to try to make Juan Pablo the next bachelor. The way OHCH was talking to him was kind of leading that way, asking about are you ready for love, etc. Maybe it’s wishful thinking on my part, I dunno. I would be okay with Zak, too, although I could do without the sappy songs. But Juan Pablo, oh, my goddess – THE HOTNESS.

I thought the whole thing was a giant snooze-fest. I even finished up the work that I have been putting off all summer. And I took a call, which is something I normally wouldn’t do.

I like your signature at the end–LL Cool Ray! Ha!

Zak would hold my interest much better than Juan.

I still say grunge Drew up and he could carry the show!

I had to ffwd the Zak song – I don’t do “cheese” well. Last night was pretty boring again overall.

Looking forward to the finale. I’m predicting that Brooks leaves because he isn’t “feeling it” – why else would Des be so completely heartbroken? I think that she “picks” Chris, but then doesn’t really want him to propose, so everyone leaves brokenhearted. Which would at least create some drama and hopefully salvage the snoozefest that has been this season…

Could we please bring in someone new to be the next Bachelor? Tired of the recycling myself… although Juan Pablo would be interesting.

Ugggggg…….not sure I can take a whole season of Zak and his orange glow, guitar playing, coming on way too strong act. He’s a sweet guy, and deserves love. Just not sure I need to watch it. He’s got the crazy eyes, and gives me the creeps.

I loved that they gave Juan Pabs some air time….like, more than they have all season! I think he’d make a great Bach – he is effortlessly charming and sweet…he doesn’t come on too strong because he doesn’t have to. Can’t wait to read your thoughts Lincee! Will you swoon or cringe over Zak’s song I wonder??

Things to watch for: Grandma in ‘da house. Juan Pablo, swoon. Orange Zak. Sweet Zak. Singing Zak. Too much time spent on James. Grandma in ‘da house, again. Fake shocked faces in the audience. OHCH being witty, “most dramatic ending ever, I know, I know, I’ve said that before….”. Des borrowed build-a-bear-too-short dress from Ashley. Ali and her 10 shades of blonde. Back to Juan Pablo, omg, his accent…. Enjoy! Can’t wait for your recap.

While being completely bored, I happened to notice a few things:

1. Ashley hardly said a word during the former Bachelorette chat, or maybe she just couldn’t get a word in between Ally and Emily!
2. I loved Juan Pablo! His response to OHCH’s question about what he thought of the James situation was priceless! I think even James liked Juan Pablo’s response since he couldn’t help but smile.
3. Bryden didn’t say a word… odd that he wasn’t asked anything about his leaving.
4. OHCH didn’t poll the guys on who they thought Desiree would choose. I recall him doing this on previous “Tell All” shows.

Can’t wait for your recap Lincee!

I’m with you KF. Hate to be different here but I’ve just never liked Zak for some reason. And yes, he DID sound like He Who Must Not Be Named. Very twangy. I was cringing the whole time.

And Mikey just totally made himself look like a candidate for Anger-Management classes when he got up off the couch. I was really thinking he was going to start hitting #HashTag. And he wore a suit with NO SOCKS.

Neither James or Ben came up with anything new…it was nothing but a rehash.

And Harrison kept touting the Sneak Peek. It was the SAME clip they showed several weeks ago and then none of it happened the next week. I’m wondering if the ABC Intern played the clip too early and they hoped no one noticed. Hope he didn’t get fired for it!