I got that response twice last night as I rushed home from a very aggressive game of whiffle ball.
What…you don’t play?

Alex
Alex is a management consultant in New York.
AND we’re done.

Aaron
Aaron is the president of a bank and a restaurant owner of not one, but TWO establishments. Isn’t he successful? He wraps up his interview package by saying he probably should have picked Gwen or Brook instead of that chick who liked her dog better than him. He just oozes class. And if you are interested, he’s number G7S98 at the Springfield, Missouri sperm bank.

Andrew Firestone
I have to say little Andy Firestone has a special place in my heart. And it’s not because he has rich relatives. He was my first season of Bachelor blogging and I still remember Amber Waves of Grain talking about the Olive Garden as if it were yesterday. He reminisces about falling in love with Jen and how she moved to San Francisco to work on his famous relatives’ vineyard. But the euphoria wore off and reality set in. It’s been five years since the show and little Andy Firestone is happy and planning a wedding with the love of his life. She is super pumped that he was able to sow his wild oats on the Bachelor in order to spend quality time transforming his famous rich relative’s turn-of-the-century barn on the famous Firestone vineyard into a reception hall for their nuptials. And did you catch the end of the show? Interviewer asks little Andy Firestone what the most dramatic moment of Bachelor history was, and he answered, “Whenever Chris Harrison told me THE MOST DRAMATIC MOMENT EVER…COMING UP!” This is why we love little Andy Firestone.

BACHELOR BOB!
Who doesn’t love Bob? And who thought he got ROBBED when he didn’t win favorite Bachelor of all time? Let’s all overlook the fact that he sang, “After All” by Peter Cetera and Amy Grant with Mary Mary during the infamous karaoke slumber party episode. (Is that blood coming out of my ears?) Sweet Bob has no regrets! The show has extended his 15 minutes of fame and handed him a hosting gig for ABC daytime (what?) and a wife to boot from All My Children! (Bob, Bob, Bob (can I get a slow clap going?) Bob, Bob, Bob!) And he DOES look like Matt Leinart! 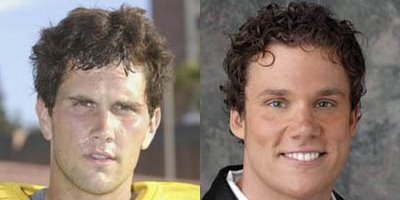 Jesse Palmer
Jesse is the New York correspondent for Canadian entertainment news program. I wonder if that show makes him wear a shirt?

Butch Wax Byron
We all know Mary Mary went a little crazy on Butch Wax and they are no longer a couple. I wonder how they were able to achieve “Most Romantic Moment” in Bachelor history? I know I wrote the recap that season, but did anyone watch those episodes? And why would they show Mary Mary jumping in his arms after the proposal exclaiming, “I LOVE THIS MAN” with wild abandonment and a bunch of crazy extremely noticeable in her eyes?

Charlie
“This is Kush.”

Dr. Travis Stork
Dr. Travis is currently starring in a medical talk show. I guess “Don’t Be That Girl” book sales did not land him a monthly guest speaker spot on Oprah. 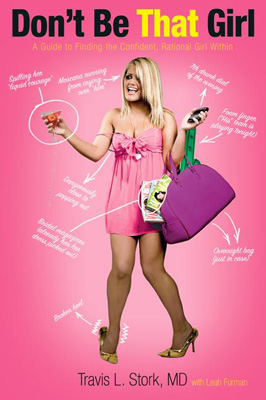 Lieutenant Andy Baldwin, an Officer and a Gentleman
Lt. Andy is serving our country on an underwater recovery mission in the south Pacific. No clue what that means, but he did come away with a few wins tonight. He was voted Best Bachelor and “Most Dramatic Moment” in Bachelor history. Remember when he left poor Peyton on the deck of that ship and flew off with Tess in the helicopter as she cried her eyes out? Isn’t memory lane fun? I would have to disagree with America though. I think the chick who talked about her eggs on national TV during Dr. Stork’s reign was pretty dramatic.

Hotter than Crap Brad
Denied the ABC network and refused to interview. I’d say that was pretty smart. Didn’t want to miss all the bar traffic from SXSW.

Jenni Couric
ABC reminded us how Jenni Couric felt when she was jilted at the Home Depot altar by Hotter than Crap Brad. Well she showed us! According to her, life is more fabulous than ever. She can be seen on the cover of Scottsdale Magazine, has rekindled an old flame and is engaged to her soul mate Russell who proposed in a gorilla suit. PS: her kids’ names will be Hayden, Cooper and Harley. GO SUNS!

DDAHnna
Don’t mess with DDAHnna. Even though she was devastated at the result of her love quest with Hotter than Crap Brad, she picked up her heart, put it back together, plastered on a fake smile and waited for her family and America to fall in love with Brad so they too could be completely shocked and confused by the outcome! WHOA! She later found out on the Ellen Degeneres Show that she has been named the new Bachelorette. And what better way to find a smart, kind, caring, funny guy who loves his family than by doing Pilates during the “Where Are They Now” interview package? Every man needs a woman with a strong core.

Trish…Jesse Palmer season
Trish still does what she pleases. She’s not ashamed that she crashed Jesse’s date with Peaches-N-Cream Barbie and is proud that she had the last word. She doesn’t think twice about the Bachelor, still owns her gold digger t-shirt and is now engaged to a delicious man who is quickly filling her passport with stamps.

Bevin
Our host Chris Harrison tells us in one sentence that Bevin MIGHT be engaged.

Brook
Brook is married and is a reporter on a local TV station in Birmingham and runs marathons. Her husband is mute.

Heather from Texas
She’s married to a high school classmate and has a reporting job for the CCCA. That’s something to do with fishing.

Emotions out of hand Christi (Aaron’s year)
It’s been five years since the Bachelor and Christi has found a job she loves, a successful career, a house that she owns, a yellow Volvo and dog that is the love of her life that happens to be the only man she needs. Oh Christi.

Trista and Ryan
They are perfect with a perfect baby.

LONDON CALLING
Matthew Grant is British. I myself am loving the accent. I have to say that he looks a little bit of an extrovert and I feel ABC has searched high and low to bring us a nice crop of crazies. Our Host Chris Harrison thinks this just might be the best season yet. We shall see!

I can’t believe it, but I actually liked DDAHnna last night. She actually had a personality.
And, the reminders of the Dr. Travis season gave me a chuckle– orange peel teeth and dying eggs! Classic!
Not so sure about this season! Looks a little trashy, but promises to be good material for the recaps!
Looking forward to another season with you!

Lincee. . .Host Chris Harrison gave you an arsenal last night!!! I mean really!!!!! Someone should have been standing next to “Ti-Erica” with an air pump. . it looks like her lips were starting to deflate by the end of her segment! I do agree. . .this season looks to be somewhat trashy. . .well bring on the Hefty bags!!! I’m all in!!

P.S. I think DDAHnna’s season of The Bachelorette will be pretty good. . can’t wait to see what cooks they have in store for us (more importantly you). But why no mention of Jenn, our 2nd Bachelorette, last night? Did I miss it?

Are you sure Byron and Mary are no longer a couple? His website still has them engaged and her photos are all over the place on the site. Later reports after the punching incident had both of them saying it was a situation that got out of hand, but it didn’t sound like they had broken up. Look forward to your recaps on the new season!

Good recap from last night Lincee. And by the way, I love the new site!
So has ABC given up on the Bachelor actually finding love and decided to just find the craziest girls possible to fight over the new bachelor? Usually the women have some class, but these new ones look out of control. There will definitely be alot to write about this season!

At least Jen Scheft got a mention last night with Andrew Firestone….but what about Merideth? Remember her and that Ian “I’m so scared, baby” guy? What ever happened to her? I forgot there were 3 Bachelorettes so far!

I forgot how much I’ve missed the Bachelor and your recaps Lincee!!! You nailed it. HILARITY!!!!

Ahhhhhhh, she’s back :)!!! Yippee! Definitely Bob for best bachelor and crazy egg lady for strangest moment……Love the blog, can’t wait for the season to begin.

I totally forgot about Meredith! These people are crazy but, yup, I love em! How ’bout a bless her heart for poor Jenni Couric and her baby names? Lets not put the cart before the horse people. Is she 12 or what?

I too wondered about not mentioning either Jenn or Meredith — it was as though neither series ever took place! Seriously, is Ti-Erica psycho, deranged, flip-city? Even though she was let go by what turns out to the the worst Bachelor, bar none, look up wacko in the dictionary, I’m certain her photo is right there. Love the new site — VERY visitor friendly, navigation-wise, and delighted we’re back into Bachelor season.

I laughed for five minutes straight… “This is Kush.”

I think Charlie was robbed. I loved loved loved him and think he is the best Bachelor by far!

Hi Lincee – SO glad to see you are still doing bachelor recaps. Love the new blog. I am mainly leaving a comment because I scrolled down and noticed you are a fellow Pi Phi. My sister and I (also a Pi Phi) love your recaps – they make the bachelor worth watching. You are so funny- keep it up!

ok so was i the only one who did not recognize christi AT ALL???? did she have some bad work done on her face? i can’t believe she said her dog is the only man she’ll ever need. and “i bought a house all by myself” translation= “i put on my big girl panties and got a job!”

I too wonder about ms. meredith and hot matt. but mostly, i wanted to see drunk amber and find out if she still likes olive garden.

i saw jen scheft in chicago in 2006 and she was dating someone and living downtown, thats about all i got out of her…haha