According to People Magazine and Entertainment Weekly, Emily and Jef have officially split up and would appreciate  it very much if we respected their privacy during this transitional time.

Raise your hand if you bet that the engagement would last 86 days?  I wonder who has to pay the fine since they technically didn’t make the three month milestone of the ABC contract?  Do you think Emily gave him back the puppet?  Will Jef ever try to impress a girl via skateboard again?  Is Arie really dating Courtney now? 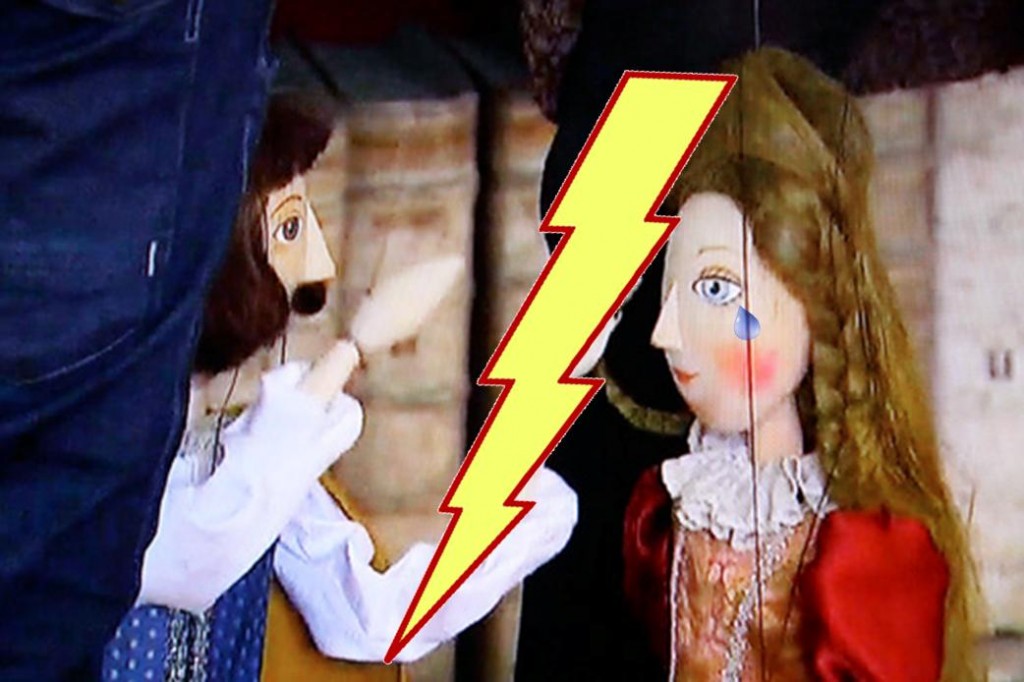 I have to admit…I had high hopes for these crazy kids.  I thought they’d at least make it until After the Final Rose of Sean’s season in order for them to be pimped out as America’s favorite couple.  I guess that baton has been passed on to these two.  Remember them? 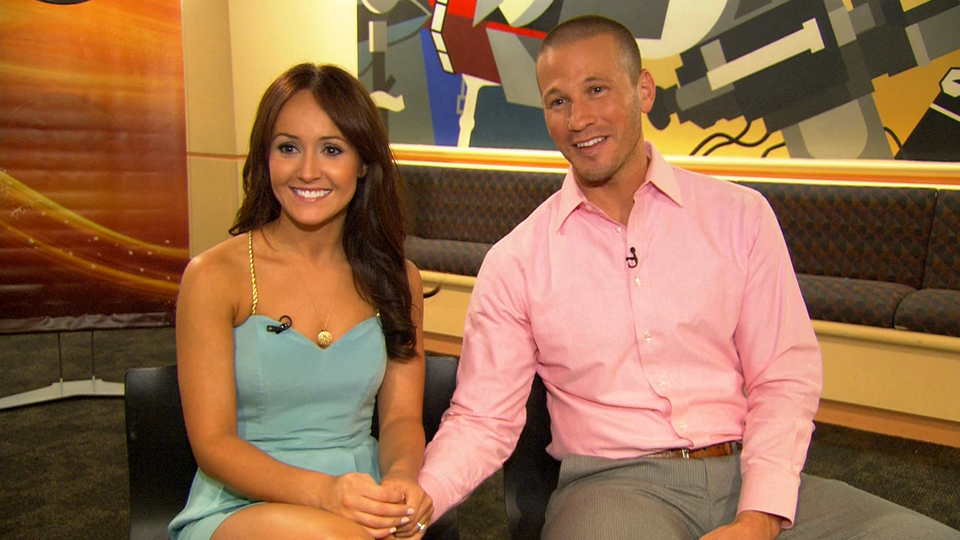 It’s Ashley and her beau!  (His name is JP in case you forgot.)  It has been announced that their wedding will air on ABC this December.  He’ll be wearing Hugo Boss.  She’s selected something from the Build-A-Bear formal line.  No word yet if Our Host Chris Harrison will be performing the ceremony.

aw man, I was really pulling for Emily and OneF. I really liked watching their season. They rekindled my hope in all things reality tv. I am more saddened by their break up than I am excited for Ash & J.P. (your Build-A-Bear line is my favorite part of that whole deal).

Is anyone really going to watch Ashley and JP’s wedding? Hardly anyone watched her season, let alone remember them after almost 2 years. “Out of sight, out of mind”. Hope ABC doesn’t spend too much money on this nuptials.

Will you be on the invite list? Let’s hope our favorite blogger can be there to dish all the details!

Haha! Build-A-Bear formal line! I’ve been following Courtney on Twitter this week and she said that she went on a date with Arie, but that it was too soon too date. Interesting.

Also, Hoda Kotb referred to Jef as OneF on Today this morning.

when did Courney and Groban split up? missed that one.

Just saw this quote from Ben…

“We weren’t as similar as we thought, things just changed, it was a totally mutually agreement,” said Flajnik

REALLY?? Was that a surprise for you??

Lincee- Did you come up with the nickname One F Jef? Everyone on the radio & TV use that nickname for him…and I always think of you! If so, it really caught on!!:)

Oh so sorry that One F and Emily did not work out…but I am so glad he found out before it was too late and she took him to the cleaners.

I may be the minority but I am happy for Ashley and JP, he has been one of my favorite final people since this show started. I always felt like he was true to himself and did not compromise his personality for a little fame. JMO!

Yes, Kim, I agree with you. Ashley and JP consistently seemed like a compatible couple. She’s a little hyper, he calms her down and doesn’t criticize her for it. Hope they are as happy and long-lived as that couple in Colorado, oh yeah, Trista and Ryan (lest we ever forget)

I am so, so sad about Jef and Emily breaking up!!! And also embarrassed for having it affect me so much…

I’m so happy for JP and Ashley. And those who like them are not in the minority imo. they are only in the minority in this comment section of the many blogs that ridiculed them. Their love story is the most touching on this stupid show. I remember Ames said to Ashley in one episode, “we all want your fairy tales to be simple but they’re not. That’s why it’s beautiful” . So true.

And look at Jef and Emily, whose “love” story is perfected by ABC editing machine so the bottom line is —beware the edit of this show.

I hear Ashley and JP got a lot of money for their wedding too, good for them, for all the crap they so unfairly received during their season because of the stupid, fake Bentley drama.

I love that they have been staying out of the spotlight to focus on each other and their full time careers. They are so over the fact that they met on the show.

You gotta remember, Ahsley and JP have been a solid, stable, committed couple for TWO YEARS!!! TWO YEARS!!! That’s unheard of in Bachelorette history. Look at all the other Bach’ettes. All broken up within 6 months to a year. Even Ali/Roberto are over.

But these two crazy kids (Loved him during her season, he was the only one who could accept her insanity and diffuse it) made it work out of the spotlight for 2 whole years. And now they’re getting married.

I’m not hating on them for having the wedding televised, this way they get a 3 million dollar wedding with all the trimmings FOR FREE, AND they get to sart their married life off debt-free.

Lincee could you please consider recapping Canadian Bachelor?? It’s such a crazy trainwreck! They even have a constantly giggling pastor as one of the contestants. And I don’t think I’v seen equally shameless product placement… OK, since not that long ago on X Factor.

I am so bummed about Jef and Emily! I was truly routing for them all the way…. If you know exactly what happen/caused them to break up -please post!
I am so happy for Ashley and JP. I was routing for them during her season and will definitely be watching the wedding!!

As far as I can tell (if the gossip mags are to be believed), Emily kinda blew it when she flirted with Matt whatsisname. So it’s hard to feel bad…she is reaping what she sowed, and Jef is probably the better off for it (and maybe not so blameless himself).

I’m actually excited about the JPAsh wedding. How sad is that? It’ll be nice to have some useless holiday mind-candy after this brutal election season.