You know how I’m always about six months to a year late on getting on board with what is new and hot in pop culture?

So there I was in Borders Bookstore trying to figure out where the latest book in the Sookie Stackhouse series would be located (fiction? fantasy? romance?) when an associate came to ask me if I needed help.  I was too embarrassed to admit that I wanted a romance vampire book and was this close to asking where I could find the extended works of Shakespeare when I decided the obligatory, “I’m just looking” would suffice for this nice young man.

I wander around the store for a good 30 minutes, refusing to ask where the book was located.  However, I didn’t mind at all.  Michael Buble’s new album was playing in the background and I was rather enjoying myself.

I spotted an “under $10” sign and decided I should probably puruse those titles.  You never know what you might find.

But the pièce de résistance was an entire collection of Jane Austen.  For $7.99.  HELLO MR. DARCY!

I know what you are thinking. 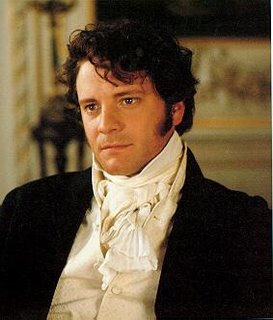 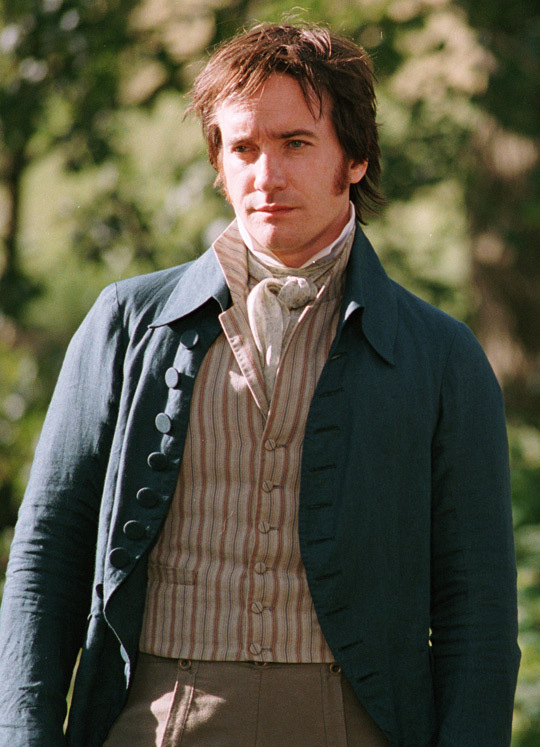 So I drag away from the reduced items section, only to find myself in the music section.  And there’s Michael Buble starring at me as if to say, “Wouldn’t you like for me to croon to you in your car as you drive back to the office?  It will make the afternoon so much nicer!”

Knowing that my Sookie book (what am I supposed to call those books anyway?  Sookie?  Dead books?  Charlaine Harris books?) would be about $20, I refrained from taking Michael home.  Perhaps I’ll see him in a stocking in about six weeks?

Just as I’m about to give in and ask the high school kid where I can find Sookie Harris Vampire Series of Southern Romance, I spot a huge display of the books.  Right by the front door.  Adjacent to the Twilight display.

How in heaven’s name I didn’t see either display is beyond me.  After playing a Jedi mind trick on myself to refrain from an impulse purchase of sultry Jacob on a black shirt that would have certainly received jealous looks from innocent teeny boppers at next week’s opening of New Moon, I decided to just buy the last Sookie book.

And by the way… 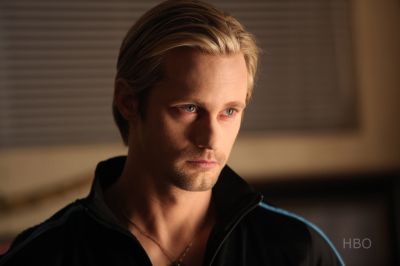 Can I get that face on a t-shirt?  Or maybe a pillow case.  Is that weird?

I will be happy to be the first to share in your love for Eric. (I call them The Sookie books) Umm, and thank you – you just gave me my sister’s Christmas present – Eric on a pillowcase. Not sure how I’m gonna do it… I’d never want to get out of bed, I’m just sayin’.

I will forever love Eric. He’s freaking HOT! I didn’t get into the Tru Blood series until last season (long story), but now I’m truly addicted, and can’t seem to pass HBO with a Tru Blood rerun on. Have to get my Eric fix.
I haven’t started reading the books yet, but am going to start soon.
Have a great day, you make me laugh all the time!

Can I have one of each to go?

I <3 Mr. Darcy. Either or. YUM! Although the Kiera Knightly Mr. Darcy- standing in the rain? Yes, please.

Tru Blood is AWESOME and Eric is the hottest character of them all! I agree…I will take him on a t-shirt anyday! I bought a “merlotte’s bar and grill shirt” off Ebay…they actually have Eric shirts and “I want to do bad things w/ Eric” stuff on EBAY! Enjoy your book! If you haven’t watched the HBO series…check it out! (it’s not a PG rating, I can give you that much- borderline skin-o-max…so watch out!)

So I just picked up the new Michael Buble album at Target last night and it was on sale for $9.99 if you must have it before xmas. I must say that I love it!!! Borders and Barnes and Nobles are always so expensive for CDs and other things not book related

Oh and BBC Mr Darcy all the way!!! I own the DVD collection of the BBC

Lincee,
I am mad you got the complete works of Jane for $7.99! I bought it about 8 months ago at B&N for $24, I think. I love Mr. Darcy! (Especially Colin’s version of him) But I have not gotten into any of the Vampire crazes yet. My sister, however, loves True Blood. I said I was gonna pick up the Twilight series, but did not want to look like a teeny bopper…I haven’t been a screaming teen in 20+ years!!! And, back then we screamed for Prince!

saw this at the HBO store in NYC! Enjoy!

No way, there is only on Mr. Darcy and it is definitely the BBC Mr. Darcy…no one else could ever be that perfect.

Sorry, “one” not “on”. I got a little too excited thinking about Mr. Darcy 🙂

This is one of my favorite posts ever. You sound exactly like me in Borders. Except I have no qualms asking for my Sookie books. Happy reading!

Oh and, BBC Mr. Darcy all the way!

By the way Lincee, the Sookie series is located in the Mystery section.

Second of all i honestly rewind parts of True Blood just to watch more of Eric. I adored him the very first episode he appeared in when he was seated in that big chair in Fangtasia. And even more so when he tried to play all sweet and innocent and southern (listen, I’m from jersey) in order to protect Sookie. sigh. oh I love Eric…. and Lincee if you manage to silkscreen his face on a pillow case please send one over my way?

I do want to read the books though… is there now one big giant book with all the “books” in it? Did i hear that?