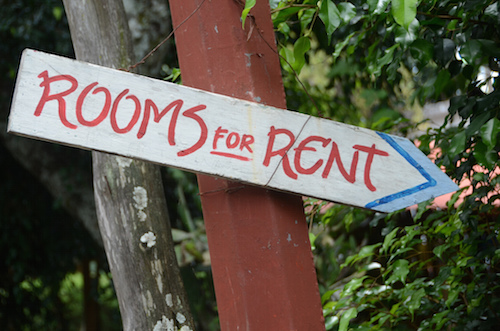 I am not a hoarder. But I do hold on to random little things that may look like junk to the untrained eye. In reality, these little chachkies are actually pieces of my past. Each represent a part of my story that makes up the history of Lincee.

What? You don’t have a box of old rose petals stashed away in a box that is clearly labeled “POTPOURRI PROJECT” on the outside? Or dozens of college memories stuffed into a plastic container because your dear friend had an intervention, explaining that you are too old to wear Pi Phi Crush t-shirts from 1998—even when you’re exercising?

Maybe I am a hoarder, but I do have a point.

I was reading about the process of “making room” the other day. The author spoke about a box of old boyfriend memories she had moved from house to house over the years. The lady was married now, and her husband was confused as to why she would want to keep “him” tucked away in a box under the bed.

The answer was simple. “He” represented a part of her that she didn’t want to let go. Yet clearly, it was time. The author explained that this was a hard process. She had never really grieved the ending of this relationship. She took some time to mourn, prayed for the guy and then tossed the contents of the box. And then she basked in the freedom of letting the Lord overflow into the space that was once occupied by an ex-boyfriend.

This notion of making room intrigued me. Particularly during this month.

During the July 4th holiday, I always find myself reflecting on the year. I look back at the beginning of 2015 and assess what all I have accomplished in the first six months. Then I look down the line at the end of 2015 and wonder if there is anything I can do to better serve the Lord. Are there certain “things” I keep hidden away in my heart that need purging? What unnecessary space-fillers have I been schlepping around? Wouldn’t it be better to drag these unknown idols out into the open and deal with them in order to make room for the Living God?

A few years ago, I received a great piece of advice from a pastor. He suggested that I start each day by asking the Lord to transform my heart. Perhaps the reason I feel the exact same way as the day I first made that request is because I haven’t cleaned house yet.

Since you can’t bring in the new without removing the old, I think I just found a new project for the remainder of 2015.

Disclaimer: This does not apply to old Pi Phi shirts. They’re practically vintage now and will probably be worth millions one day.

A good book on this subject: “The Life Changing Magic of Tidying Up”. It has a good perspective on this exact kind of thing. I haven’t implemented this myself yet, but it’s my project on the next rainy Saturday I have. There is more to it of course but the idea is to only have items that make you feel your best you. Items that make you feel good-items that make you sparkle (the author uses that word). If this is a project you want to focus on, this book might be a good place to start.

Jen A.
Reply to  Kristin

I just read about this book last week and apparently it has quite a following. It talks about tackling your decluttering one thing at a time, like all your clothes at once, and then books, etc. I love the idea of only holding on to things that bring “joy”. Makes life so much simpler…

Katie A.
Reply to  Kristin

Who’s the author of the book? 🙂

I really like this post and I was just thinking the same thing today! Just this morning I read the following quote and wrote it down in my calendar because I’m really wanting to purge a lot of stuff this year. Here is the quote: “Getting rid of what is no longer necessary or beneficial creates space for new growth and possibility.” So true. I can be nostalgic with my stuff too, so I know it can be hard but I am so ready to set aside some time to do it! Good luck with your project and hoping the rest of the year brings new wonderful things for you!! xo

I’m looking forward to it Maureen. Thanks for commenting!

Just finished No Other Gods for the second time! Such a great study. Loved your application here.

I throw stuff out or donate items every week. If I haven’t used the item in a long time, out it goes. I always think that if I die, my kids would throw it out so I just saved the middleman! I keep keepsakes and special photos but weed it all down to just the essence.

Me too. One of these days…

man, this hits me today! I was beating myself up at the way I have let my house go — stacks everywhere, undone projects, etc. And I was asking God where did I go wrong, when did everything fall off the tracks? I consider myself the family historian, but I realize I don’t need to save everything. I just need to figure a way out of this pit.

You’ll get there. One small pile at a time!

This such a great concept Lincee – thanks for sharing. I think women, particularly, find it difficult to let go of the things/stuff that are meaningful to us as parts of our past – sentimental hoarding is such a great term.

But by only keeping the space for those memories and life events that lift us up, we free up space for more of the same. We can choose wisely what to “hang on to” – both literally and figuratively.

Side note – love the fact that this community is such a great group of people that we have fun Bachelor posts and good life perspective posts/comments like this. One of the many reasons I love this blog!! Have a great day all!

Thank you Jackie. That is a wonderful compliment.

Even though I’m not a Hoarder like on the TV show, I actually identify with them sometimes–how memories are tied to the things. I have been going through my plastic crates the past few days. I’ve been trying to make it so I don’t have so much stuff, but I am just like you. I don’t think about those nonsense papers from 6th grade, BUT when i do see them all these memories come flooding back and I remember what it was like to be eleven. So this time I did a “keep one, throw one,” so I have some to remember, but maybe I don’t need ALL of them!

Hey! Took kids to serve at church under the bridge the other day and several folks we interacted with were wearing crush shirts circa 2005. I was outraged given the shirt I still regularly sport to sleep in was pi phi vintage 1996!

Hey – this Theta tells her friendly Pi Phi to indeed keep at least a few of those shirts. That stuff falls apart faster than you’d like, so it will be gone before you know it. But maybe more importantly, keep that bid card or that lavelier or that pledge pin.

Also, this fellow sister-in-Christ tells you go for it – get rid of the junk that is just hanging around, giving you no joy and/or really being an idol more than a pleasant and heart-filling memory. It’s amazing what power “things” have on us (whether we have a lot or not), which I think is why “storing up treasures in heaven” is such an important lesson that Jesus taught.

My family and I are in the process of moving cross-country, and I just want to toss, toss, toss, but I know there are some things that are worth keeping, not for worth added to myself, but for reminders of truly meaningful times with family or friends.

When you look at stuff as being either happy or sad, good or bad, its easy to get rid of the good (ribbon from a 5th place finish at a jr. high track meet) and bad (a mean letter from a former friend). That stuff that doesn’t add to your life, but the happy (pictures of family) or sad (obit of a loved one) stuff that you have does. Just a quick tip – hope it helps.

Lincee! I’ve been reading your Bachelor blog since the early days when it was emailed around via the Pi Phi email tree. Love your blog and enjoy your weekly recaps tremendously.

First time poster as I just had to after reading about your challenges making room. We are turning our garage into useable space and I spent almost two weeks cleaning out the garage…60% my stuff, 20% kid stuff, 15% baby stuff (my youngest is 5) and 5% husband stuff. As you can imagine, hubby has been incredulous that I could collect so much stuff. I won’t bore you with the details of my Psych 101 and Chem 11 notes that I have from college (Class of 1995). I prefer the term “packrat” to Hoarder. Packrats don’t have their own TLC show.

More relevant, I have a giant bin full of Pi Phi tee shirts, sweatshirts, a beach towel, Presents champagne glass, Greek Week pub crawl tee shirts, fraternity exchange tees and a puffy painted white Hanes shirt that we made at our pledge retreat. I’m holding onto them but considering turning them into a quilt so I have them but they don’t take up a ton of space. Genius idea from our fellow sister who forwarded your blog in the first place. Can’t wear them then, but don’t really wear them now considering I used to order XL tees when I’m really a size small. ?? #90’sstyle #PPL #calkappa

Good luck with your purge!