Hello my dear readers.  It’s that time again.  Season 7 of the Bachelorette is upon us and I can’t believe that MONDAY is the big day in which Ashley Herbert will scoff at the six weeks she foolishly allowed herself to fall in love with Hotter Than Crap Brad Womack.  This brunette bombshell is the conductor of her own reality show train wreck bound for an amazing journey of love.  Blond Ashley is soooo yesterday.

As many of you know, each season I try to stay away from all spoilers.  A few years ago, I started a tradition in which I allow myself to peruse the Bachelor section of the ABC website and see who makes an impression based solely on their headshots and bio.  I only look at them once and I choose Ashley’s top suitors from 30 seconds of research.

My claim to fame is Cape Cod Chris.  I had him pegged when I saw his bright orange periodic chart t-shirt.  Let’s hear if for nerd love my friends!

After clicking on the bio tab, you can imagine my surprise when I was assaulted by a bunch of metrosexual looking Bachelors in tangerine-colored button down shirts, flawless spray tans, glimmering perfect teeth and glossy lips that I would give my eye teeth to know the make and color.   Even without clicking on Frank’s face to study his magnificent eyeliner up close, I knew what my fellow blogger Some Guy In Austin was talking about:

Look, I doubt that ALL of these guys are gay, but come on. As I looked through the pictures, I could almost hear the Maroon 5 playing in the background. I’m surprised that half these guys didn’t answer “Anderson Cooper” when asked who they admire most. Pastel shirts? Plump Red Lips? Tanning cream? Either something is super gay in Denmark or the airbrush ABC used to tighten up the headshots was inadvertently locked on the Ricky Martin setting.

Well said my friend.  Here’s hoping the dude who has two chihuahuas finds love with the hair dresser or the guy who would prefer to wear a tuxedo every day.  Truly…that would be the most dramatic season ever.  We can only hope.  I wish them well.

Here are six guys that stuck out to me in some form or fashion: 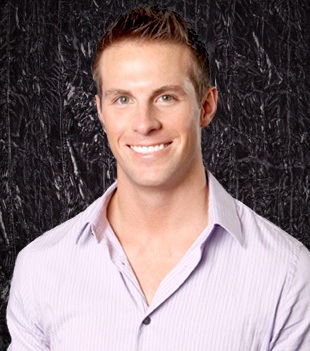 Blake is a dentist.  Teeth and dentist stuff freaks me out, sure, but I’m willing to bet that the ABC intern is already on the record on my behalf requesting that these two crazy kids have a “clean off” with two of the other Bachelors.  Perhaps when he exits the limo, he’ll give her a toothbrush with his name and digits on the handle like my dentist gives me.  I’m calling it!  He also reminds me of Kirk from Ali’s Bachelorette season.  I always had a special spot for him with the whole mold scare.  Live Strong Kirk. 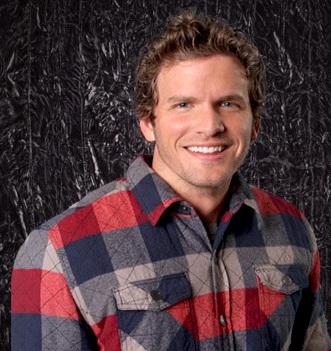 Okay.  I’ll be honest.  I’ve heard from a few people that something is up with this guy.  I don’t care to know the details, but I knew something was fishy when I studied this picture.  He’s a businessman.  Wearing a ill-fitting quilted flannel shirt.  And his name is Bentley.  I’d be willing to bet his last name is Hayden and he’s hiding a six string under his bed. 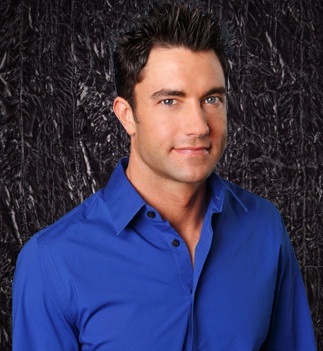 I would totally annoy Mickey if I were the Bachelorette.  Because I couldn’t hold it in.  Whenever I saw him, I’d say:

I imagine he’ll stay around because he’s a chef and that sounds glamorous. 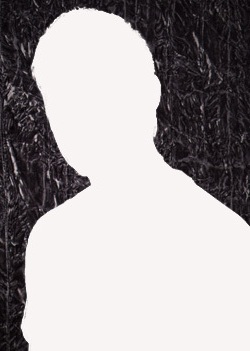 I just don’t know about Jeff here.  Sure he’s a 35-year-old entrepreneur, but his personality seems so abrupt.  I mean everything is either black or white with this guy.  He seems empty to me, but the void may be totally attractive to Ashley.  Then again, she may see straight through him. 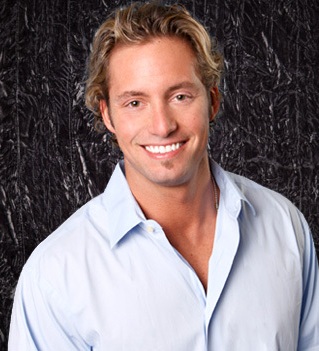 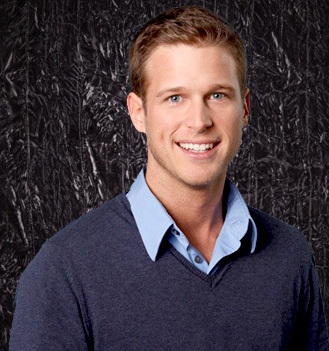 I think William is darling.  I kept trying to place him in an episode of Grey’s Anatomy as a charming doctor from across the country who came in to fix the innards of some little kid because Seattle Grace doesn’t have an innard specialist.  Or I tried to put him in The Social Network as the older, wiser, just-as-if-not-hotter brother of the Winklevoss twins.  Finally, I figured out who William reminds me of — he’s a younger version of my beloved Josh Lucas of the famed Sweet Home Alabama.  Therefore, I will root for him with reckless abandon.

All about the shame, not the fame,

I am so disappointed the Bachlorette is freakin’ Ashley. I couldn’t stand her so again the ONLY reason I will watch is so I can come here on Tuesday and hear what you have to say. In my single 20’s I LIVED for The Bachelor or Bachlorette. I dreamed of having the bikini body great enough to fill out my application. Now that I am married with two kids I could fill this two hours of my life with a million other things, however YOU Lincee continue to suck me in. Thanks ALOT!

Chances are high that only one or two of the 25 are not chaches. They are simply missing the good judgement part of their brain. The rest…..well, there is a reason they are going on this show, and love is probably not it. I have a feeling making it into the Bachelor/Bachelorette incestuous family may be high on the priority list.
Oh, this show has me wrapped around its psychotic little finger! Plus, I love coming here to read and snort laugh at your take on it. Thanks, Lincee! Here we go again.

Lincee is the ONLY reason to watch this season….well, that & the seemingly endless ab shots that I saw on the abc.com preview. Yowza! Ashley is so annoying, but for Lincee references on Tuesday, I’ll watch!

You are too too funny. I’m rooting for William. 🙂

I will go for Nick or invisible Jeff!

O.M.G. Totally spot on with the William look alike!

Lincee – Looking forward to your blog! How could you pass up Ryan (31) Solar Energy Executive? So cute!! I am on board for William too. Ashley is kind of a train wreck. Not sure these guys will go for her.

Nick and William are cute! I would whip out the sit-ups for Nick for sure! The Jeff part was pretty good!

You had me at Johsn Lucas….this guy is now my #1, just because it’ll give me good reason to keep my eye on him ALL.THE.TIME.

JOSH. Not Johsn…whew, see how that got me all messed up?? I’m tellin’ ya…that boy in Sweet Home Alabama is 37 different ways to HOT.

For all that is good and holy, I hope William makes it to the end just so I can look at him. Hotness!!!!

Lincee, I am staying spoiler free this season too. Good ole Reality Steve has been dead wrong two seasons in a row, his credibility his shot. Not to mention he ceased being funny ages ago.

Dear Ash is not my favorite Bachelorette. I thought Ali was a bad choice, but Ashley trumps that. Hate to be in her shoes though, the majority of these guys look pretty gay. Not that there is anything wrong with it, unless you are looking for husband material. Maybe they can help her with wardrobe and shoes?

Can’t wait for Tuesday and your blog and DP’s.

Frank!? You know what they say about Alaska…the odds are good, but the goods are odd. Poor, poor Frank! Can’t wait for the season. Ashley is a snooze, but you’ll help her make it interesting for all of us! God bless ya!

William actually reminds me of what Prince William wishes he looked like. As usual, Lincee, a great recap–you’ve certainly got a way of putting things. I liked the “innards” remark. You make me giggle. Thanks for that!!!!!