Either you guys really know me well or I have universal taste, because you were ON when it came to guessing my rain playlist!

Rainy Night by Eddie Rabbit
I just like this song and love Eddie Rabbit. However, after posting yesterday, I found out that our beloved WebMAN hates this song. Apparently he’s always despised Mr. Rabbit’s spunky lyrics. Rumor has it that he used to cry when it came on the radio because he was convinced that the radio personnel was playing the song to be mean and to torture him.

Mama WebMAN: I’d love to know if this is indeed true and if any video or pictures were taken of the conspiracy, please send them my way.

Somewhere Over the Rainbow by Israel Kamakawiwo’ole
A unique version that I heard years ago that recently had a come back from the dreadlocks guy singing on American Idol. Very mellow and chill.

I Think It’s Going To Rain Today by Bette Midler from the Beaches soundtrack
One of the few cassette tapes I wore out completely and had to purchase a new one.

Bring the Rain by MercyMe
I love this group.

Pocket Full of Rainbows by Elvis Presley
Heard this song at Young Life of all places. And I adore Elvis.

Don’t Rain on My Parade by Barbara
Classic

Blame It On the Rain by Milli Vanilli
Another CLASSIC! 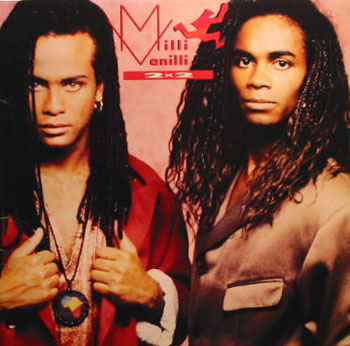 Grace Like Rain by Todd Agnew
Powerful song with a meaningful message.

Fire and Rain by James Taylor
Who doesn’t love James?

Kiss the Rain by Billie Myers
Thought this chick was a guy for a long time.

Raindrops Keep Falling on my Head by B.J. Thomas
A favorite of my parents.

Purple Rain by Prince
Hallsville is home of the fighting Bobcats and our school colors are purple and white. My friends Julie, Tonya and I made up our senior routine to Purple Rain that kicked major butt at the Spring Show. You should have been there. Think sequins, jazz shoes and a purple spotlight.

Bring on the Rain by JoDee Mesina and Tim McGraw
The song you play when you are sad and feeling blue.

It’s Raining Men by the Weather Girls
Probably one of the best songs you can sing at a gay karaoke bar, along with I Will Survive and Sister Christian.

Songs About Rain by Gary Allan
Ironically, I have none of the songs he talks about in his song about rain.

Singin in the Rain from the musical soundtrack
Love, love, love this song! One of my favorite musicals!

November Rain by Guns N’ Roses
Sure it’s forever long, but the video was cool and it’s always fun to hear Axl get all mopey and emotional. Even bad boys have a soft side.

Let it Rain by Michael W. Smith
“…and all peoples will see His glory.”

Thanks for playing along!

you know, I saw “bring on the rain” by Tim McGraw and it didn’t ring any bells. Then I saw JoDee Mesina’s name and remembered. what a great song.

Kenny Chesney has a song about the rain, the name escapes me completely at the moment, with a line to the effect of “somethin’ sexy ’bout the rain…” Good song.

Lincee – another great song to sing at a gay karaoke bar – “Dancing Queen” by ABBA. Trust me everyone will join in!

Actually that is one of those songs that always puts me in a good mood. Its impossible to not smile by the end of that song. Oh and it makes me wish I was on roller skates.

what about “Kiss me in the rain.” by Barbra!! love that song, my hubby and I kissed in the rain on our first date!

Newer song “When it Rains” the Eli Young Band

Other songs in my iTunes with rain in the title:
Rainy Day Women – Bob Dylan
Prayers For Rain – The Cure
A Day Without Rain – Enya
Everytime It Rains – Garth Brooks
Box of Rain – Grateful Dead
Everytime It Rains = Kenny Wayne Shepherd
Rainy Days – Larry Joe Taylor
After It Rains – Laurie Berkner
The Rain – Oran “Juice” Jones
So. Central Rain – REM
Not A Drop Of Rain – Robert Earl Keen
Shadows In The Rain – Sting
Pencil Rain – They Might Be Giants
When the Rain is Gone – The Neighbors
Blue Eyes Crying in the Rain – Willie Nelson
The Rain Must Fall – Yanni
Over the Rainbow – Harry Nillson (alternative version to the awesome Iz version)

So it looks like I should release a CD.

webMAN who doesn’t like Eddie Rabbit?!?! Kind of embarrassed to admit my favorite has to be Rainy Days and Mondays by the Carpenters!

I just have to point out that The Rain by Oran “Juice” Jones has to be the funniest video from the 80’s. See it at youTube: http://www.youtube.com/watch?v=wFgDuK8-vBM

“Rain” by Madonna is an all time favorite!!

No rain in the title but a rain song none the less….
Juke Box Hero – Foreigner

Standing in the rain, with his head hung low
Couldnt get a ticket, it was a sold out show
Heard the roar of the crowd, he could picture the scene
Put his ear to the wall, then like a distant scream

you know you love singing along to the chorus!