As most of you know, one of my spiritual gifts is making mix tapes. Music is a big part of my life, and I feel it is important to spread my knowledge. You should know that like my appetite, I have the musical palate of a tween. I could live off blueberry Pop Tarts and listen to Taylor Swift for the rest of my life if forced.

But there are hidden gems that pop up on Pandora that I absolutely love. And as a child of the ’80s, I feel it is my responsibility to educate young minds on the wonder that is a hair band.

It is without further ado that I present my latest, greatest, downloadable favorites:

1. Guardians of the Galaxy Album 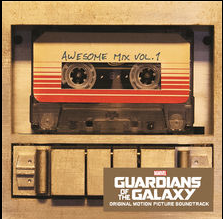 This was a FREE download because the director of this movie is the coolest person on the planet. If you haven’t seen this movie, do yourself a favor and rent it immediately. The music makes the film. And the fact that Chris Pratt looks great without a shirt makes it great too!

2. “From This Valley” by The Civil Wars 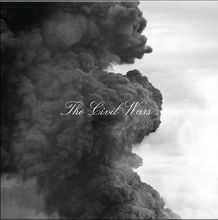 I absolutely love this duo. I heard this song in the grocery store and Shazam’d it. How cool is my neighborhood Randalls? THE BEST. Their voices blend in a way that is unfathomable. Other favorites include: “Poison and Wine,” “Barton Hollow,” and their live version of “Billie Jean.” 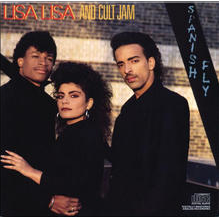 While making an ’80s mix tape, I searched on my iTunes for LL&TCJ (that’s how the kids nowadays would write it) and the song “All Cried Out” popped up, but “Lost in Emotion” did not. Since my ’80s playlist was a bit more on the groovy side, I opted out of “All Cried Out” even though I sang that song on repeat in 1986 while driving from Texas to Florida. True story. My other point is this: WHY DID I NOT OWN “LOST IN EMOTION” ALREADY? Thank goodness it has a permanent home on my hard drive now.

4. “Father Figure” by New Directions as featured on Glee 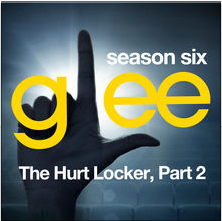 Come back! I promise, it’s a good song! There’s this new kid named Roderick (Noah Guthrie) who is musically rocking my world on Glee right now. I have every intention of checking his album out on Spotify, and am quite confident that I will purchase a handful. He’s a darling, squishy-poo who sings like Ottis Redding. That’s my sweet spot. 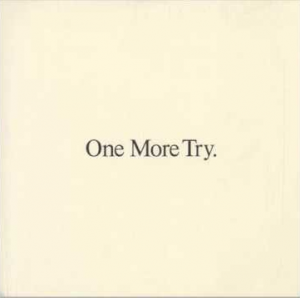 After listening to Roderick/Noah’s version of “Father Figure,” I got on a George Michael kick. I went to see him in concert about six years ago, and it was glorious. He sang a gospel version of “One More Try” that I have been stalking for years. And since the internet is freaking awesome, I looked again this weekend and found it. Stay in school kids. And keep inventing things like the internet.

For those of you who are addicted like me, I’d love to hear your latest, greatest, favorites in the comment section. Especially new, trendy music that I should probably know, but I don’t.

Tags: Soundtrack of My Life

While you’re on your George Michael kick, listen to Waiting for that Day. I heard it for the first time while on vacation in NYC so It became the anthem for that trip and one of my favorites. Enjoy!

I’m on it. Thanks Susan!

Oooh – you have to hear my new favourite! Since X-Factor was cancelled, our local station way up here in Canada aired the X-Factor UK. Well. It was amazing. One of their guests this season was a former contestant (who finished 2nd about 5 years ago) who has done really well for himself in the UK and Europe, although we are just learning about him now in North America.

Have you heard his song, Dear Darlin? It’s the only one I had heard by him and I listened to it too much for a while 🙂

Woo hoo! I love it! Thanks so much Bri!

That gospel version of One More Try is nothing short of Fabulous!!

Amen Norma. You should hear it LIVE.

As if we needed one more thing to solidify us as soul sisters — ALL CRIED OUT?!? LOST IN EMOTION?!? Stoooop. “Head to Toe” is one of my favorites on my road trip list.

Okay, here’s what I’m obsessing over lately:
“You and Me” by Sarah Watkins (on Spotify, iTunes) – It was played during the Parenthood finale and I cannot stop listening to it.
“Thinking Out Loud” by Ed Sheeran. So ridiculously beautiful. Imagine Wade singing it to you.
“Fire and Rain” by Birdy (gorgeous version)

And if you want to throw it back, listen to these two
insanely cheesy songs (that I adore — NO SHAME):
“Time Will Reveal” by DeBarge (yeah, I went there)
“Kissing a Fool” by George Michael

I think I’m going to purchase the entire Parenthood finale soundtrack. I need that in my life.

And I’ll definitely check out the others. Thanks!

Hey Lincee! So, what did you think of our suggestions? (I’m so curious!)

Love. Love them all.

This was so much fun!

This is my favorite version on another George Michael masterpiece!! https://www.youtube.com/watch?v=4oFQnIsY6Vk