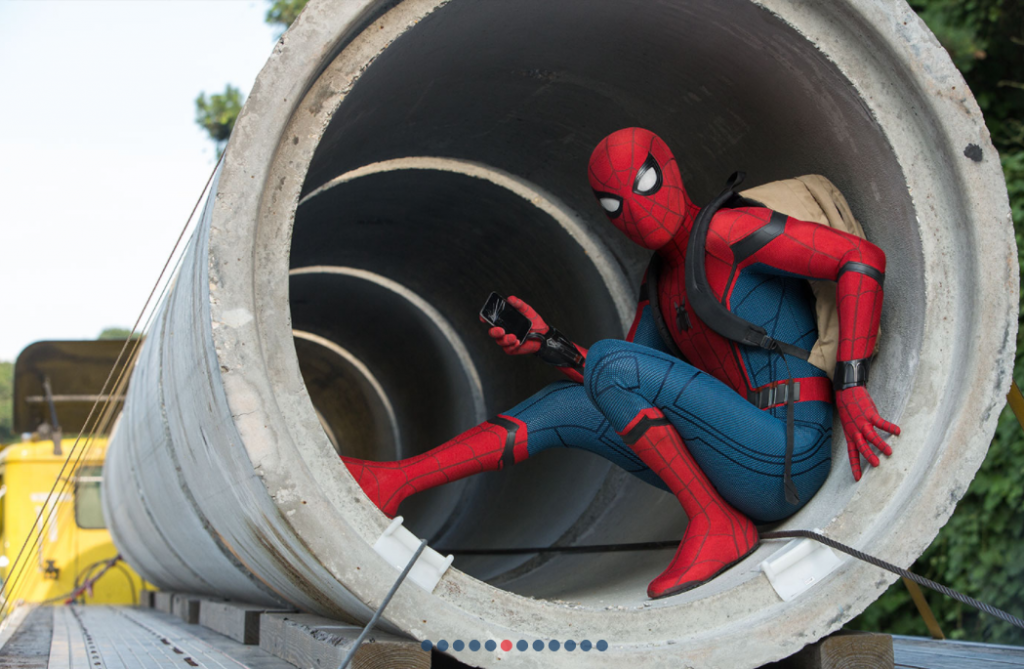 Here’s what I wrote in my 2017 Summer Movie Preview:

Spider-Man Homecoming : Other than Captain America, Spidey has always been on of my favorite superheroes. Erase all of the Tobey Maguire images you’re conjuring up in your head right now. Keep a few of the Andrew Garfield ones, because he’s adorable with Emma Stone, and go watch this movie with fresh eyes. Bonus: Robert Downey, Jr. is a co-star. Hello Tony Stark!

Survey Says:
I think this movie is the perfect blend of teenage angst and superhero. In other words, everyone in your family should get something out of it. And since it made $21.9 million over the weekend, I think most people will agree with me. It’s a comedy, a tween movie, and an action-packed ride. You’ll laugh. Then you’ll feel sorry for Peter. Then you’ll cheer that something heroic happened. At times you’ll be a little nervous, but never scared. I even gasped at one point. It’s entertaining, summer fun and I would recommend you go Spider-Man Homecoming for sure!

REQUEST: My friend Amy wants to know the name of the song that is playing when Aunt May helps Peter get ready for the dance. If anyone knows, please e-mail me! We can’t figure it out!

And stay until the credits are finished.

I just found the song! It’s “Save it for Later” by The English Beat.
It’s followed by “Space Age Love Song” by my personal favorite 80s band, A Flock of Seagulls. Love me some ’80s music! (Amy)

Just saw the movie today and it was amazing!!! Your review is SPOT ON. Zendaya was perfect and her nickname really threw me off to where I was like – Gimme a sequel!!! Also, really liked that the bad guy was a “bad” “guy”. Finally, I found it refreshing to see people of different colors and sizes featured. Thanks for the review.