The Men of March

Hey, at least I put something up in the month I was supposed to post!

It is without further adieu that I introduce the Cute Boys and Dr Pepper finalists for March!  Behold! 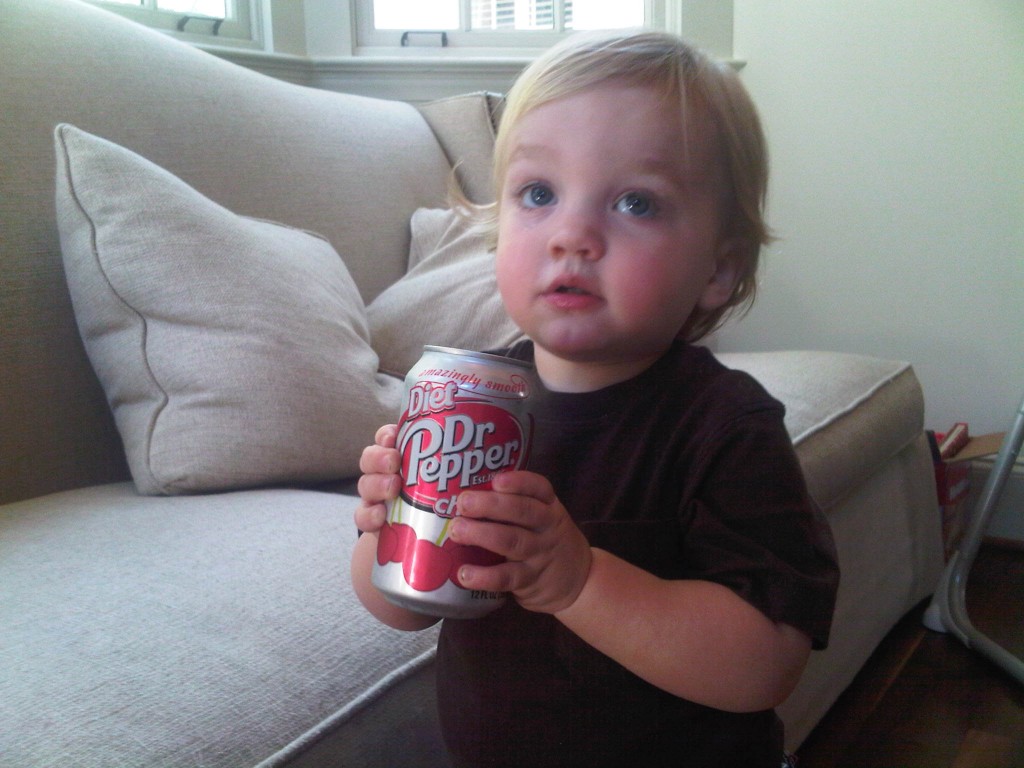 How cute that this little baby is named Watkins? Look at those fingers! I could just die. Nanny / IHGB reader Ashely sent this photo in because she thought Diet Cherry Dr Pepper needed to be represented in the Cute Boy contest. Well played Ashely. Sucking up to all varieties of the good Doctor will certainly peak the interest of those from Corporate judging. Again…well played. We aren’t supposed to tell his Mom that he’s holding Ashley’s beloved beverage so close to her white couch, so let’s keep that between us. And by us, I mean the several dozen of you who read this silly website. 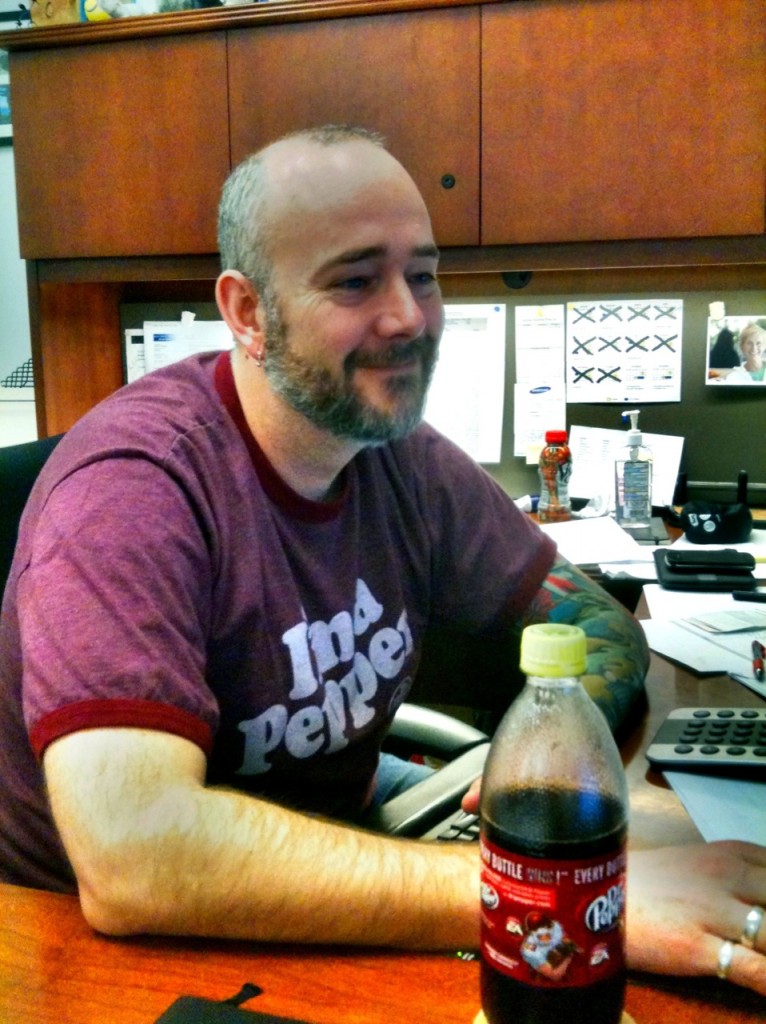 According to Cynthia who submitted this photo, Dr. Fun is a barrel of daily laughs at the Samsung offices in Richardson, Texas. And you can tell. Dr. Fun is not messing around. He’s made a bold move. He’s (what I like to call) double Greeking. What’s a double Greek? I’m glad you asked. It’s like that time you were a Pi Phi at Baylor and you were questioned when you wore both a Pi Phi hat WITH a Pi Phi t-shirt. Isn’t that silly and going a bit far?  No my friend.  That’s called PASSION.  Plus…it’s awesome. I appreciate Dr. Fun’s willingness to throw all caution to the wind and would be willing to bet that he’s sporting Dr Pepper underwear. I’m just saying. 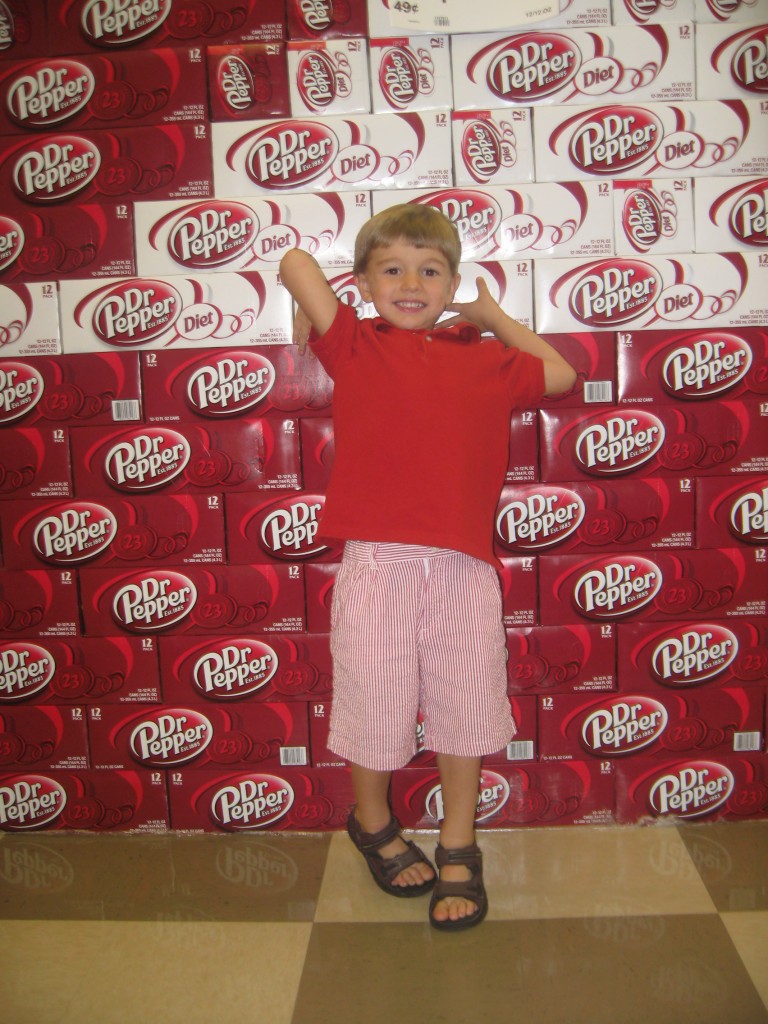 This is the first entry of a cute boy that I am actually related to. Benjamin is the first born of my first cousin Stephanie. When I told her about the contest, she immediately dressed her kid in red and white, hauled him to the local Brookshire Brothers in Hillsboro, Texas and made him pose by the Dr Pepper end cap display art. I was all, “Steph!  Calm down!” and she was all, “I MUST WIN A FREE YEAR’S SUPPLY OF DR PEPPER!”  Okay, not really, but how random that he matches? I heart this kid a ton. And his Mom isn’t so bad either. 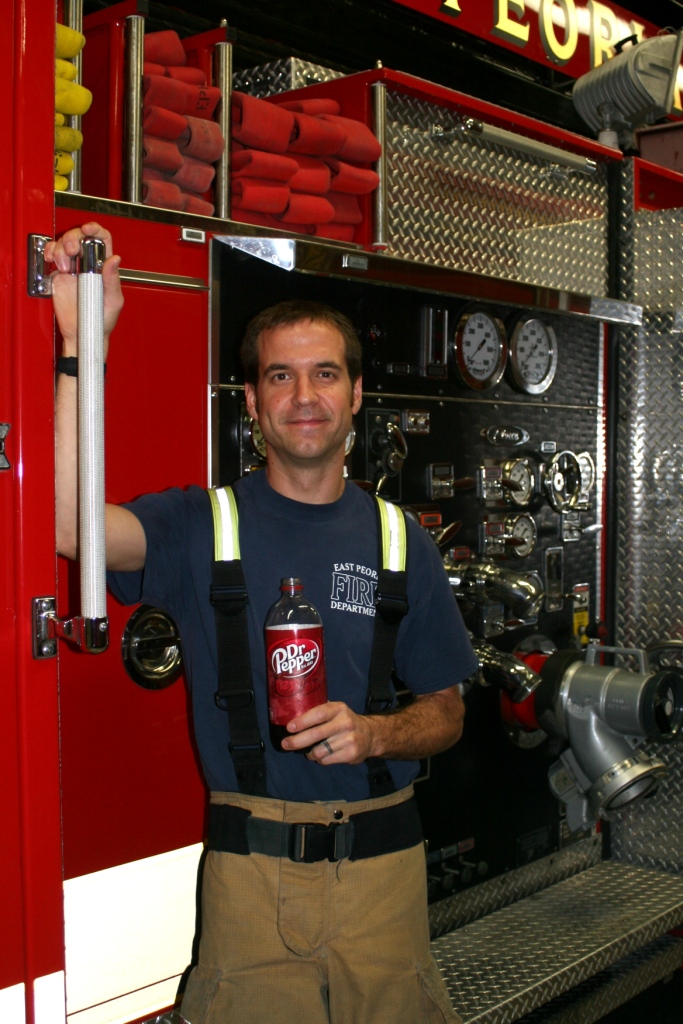 I’m not sure if Dan is indeed a Lieutenant, but he is a very cute fireman from central Illinois. His wife Jen has been a fan since she was 12-years-old. According to her email, “He came riding up to my cousin’s house on a blue motorcycle. I was wearing a grey t-shirt that said LOVE across it in rainbow pastel and cutoffs. We saw each other occasionally throughout the years since Dan was friends with my cousin. We finally started dating in March of 2000, got engaged in June and married in December. I must say I fall more in love with him all the time.” All together now…AWWWWWWWW! 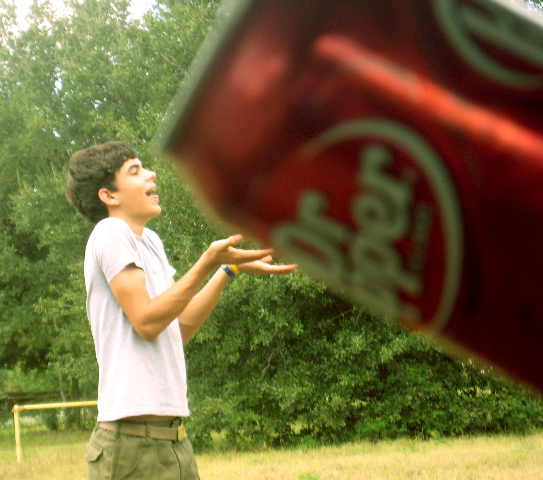 IHGB supporter and scout troop leader Tad sent this photo in of Henry. Now, Henry is either the smallest person in the world and will be touring in traveling circuses in a town near you, or has just submitted the most creative Dr Pepper post to date. You be the judge!

There you have it friends! Voting will close at midnight on Saturday. As you recall, you can vote in the comment section, via Facebook, email, text, phone, carrier pigeon, smoke signal or snail mail. My point? VOTE!

well, i was going to go with dan…who can resist a fireman? but i have to say, henry wins on creativity! well played henry (and tad) =o)

I love being an early voter!

And I love a good man in uniform, and the love story that goes along with him. I’m voting for Dan (with a close second to the creativity of Henry and Tad.)

I have to vote for my sexy husband. Dan all the way!! 🙂

Dan is indeed a man of integrity. Drink deep, Dan, of that precious nectar.

I totally vote for Dan!!!

Seriously, Watkins is the absolute cutest of them all!!!!!

Lt dan!!!
Please photoshop out the ring though!!!

My vote is for Dan the fireman!!!