The “S” is for SUPER

When I was a kid back in the 1900s, there were two heroes in my life: Superman and Batman. I was especially fond of Superman II, because Christopher Reeve was ever so dreamy and it was fun going around the house asking everyone to “KNEEL BEFORE ZOD!”

When Batman came out in the late 80s, I adored Mr. Michael Keaton. We did a pep rally routine to “Batdance” that rocked the gymnasium. There were capes and jokers. I’m just saying.

Then I experienced a bit of a superhero dry spell. It wasn’t until Robert Downy, Jr. showed up on the silver screen as Tony Stark (I prefer the Tony character to the actual Iron Man character) that I began paying attention to the buzz behind the beloved superhero again. Being the connoisseur of pop culture that I am, I feel it is my duty to point out the caped crusaders that will soon bombard our movie previews and late night talk show circuit. 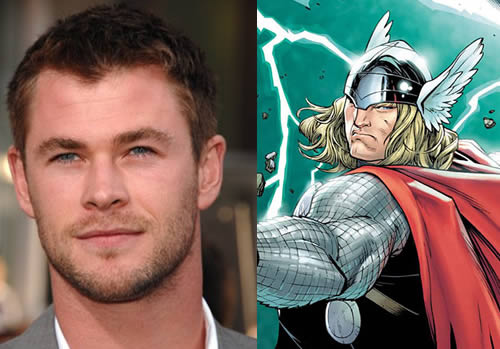 You think Chris Hemsworth looks familiar and can’t seem to place him? He was the father of Captain Kirk for about six minutes before he risked his own life to save millions on the last Star Trek movie. He’s also the big brother of Miley’s old flame and fellow Last Song starlet, Liam Hemsworth. 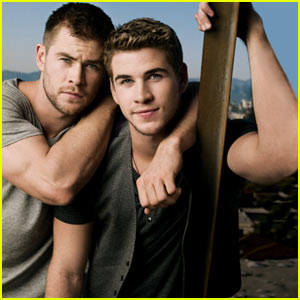 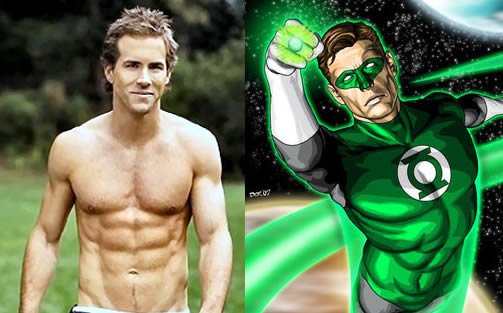 Annnnd you are welcome again.

It’s no surprise that IHGB Hall of Famer Ryan Reynolds as the Green Lantern is something I’ve been looking forward to for months now. I’m even willing to overlook Serena Vanderwoodsen as the love interest in this flick and will probably own it for the shirtless scenes. Oh come on. I’m only writing what most of you are thinking.

Hello minute 1:29! Let me just say that Chris Evans is someone I usually forget about. Or, I think he’s Josh Lucas. Or I can’t remember his name all together and just call him the hot guy (literally) from Fantastic Four. However, I think after Captain America, pretty much all of America will remember this dude’s name.

Now it’s your turn. Who am I forgetting? I know, I know. Go ahead and say it with me…Wolverine. Don’t hate me, but I think the weird beard is creepy and that sound when his claws come out makes my teeth hurt. Love Hugh Jackman though.

Thoughts? Spiderman? The Hulk? Cyclopes? Bueller? Is this thing still on? Hello? Mom?

All you nerds who are still with me, feel free to comment below and KNEEL BEFORE ZOD.

Are you ready to be jealous? I’m interviewing Ryan next week at a Green Lantern junket!!!! Hopefully, he’ll arrive like above, shirtless.

And too bad for my husband, Ryan’s been on my “list of five” for years now…and it’s laminated.

Well, I’m a sucker for Tobey Maguire. Also, I never saw any of the X-men movies, but I really like James Marsden! Also, he lives in Nashville, though sadly, I have not seen him.

Does anyone else think that Ryan’s abs in that photo look suspiciously air-brushed though?? I’ve never seen real abs like that – even on a weight-lifter – and I’m a retired elite athlete so I’ve seen my fair share of great abs! ;-p

What a deliciously sinful little piece to wake up to and read first thing Saturday morning (when I’m dreading my in-laws arrival) and needed a real pick-me-up. Aaannnd I do thank you again!

I would have to say that since Michael Keaton, I just cannot love another Batman.

And as far as Superheroes go, I’m struggling with thinking of the sexiness because all I can think of now is the Greatest American Hero. Just Googled and found a few videos. Good times.

I fell in love with Superheroes with the first Spiderman. I am a sucker for the nerds. Of course, then they turn all powerful and save the world. I think my standards are pretty high.

Any super hero that looks that hot can be anything he wants to be. Nerd. Hero. Zero. Even late for dinner! I’d even wear horn rimmed glasses to the movies to see him bigger than life! A girl has to dream, right?!?! 🙂

You might check out the Green Arrow from Smallville.

Thank you so much for including Chris Evans..I, too forget about him until I see him and totally remember his major hotness.

Back in the 90’s I had a serious thing for Dean Cain who played Clark Kent on TV’ s superman.

Do I have to limit the discussion to shirtless super heroes? I remember watching as a little kid on the 3:30 Dialing for Dollars on Channel 8 in Dallas for the first time Cary Grant in “House Boat”. His dancing with Sophia Loren was and is the sizzlinest … I dropped my jaw and thumb from my mouth and threw mister blankie aside to move closer to the set.

Can we get an official ihategreenbeans watchparty at a local Houston cinema for Green Lantern?!?!

The new Superman, Henry Cavill!! Love him!! I don’t think there is a shirtless superhero shot yet though since he was just chosen recently.

Thank you for posting the eye candy! Ryan Reynolds is hot. Michael Keaton was the best.

Absolutely, 100%, Michael Keaton. He was super-hot, and the best Batman, hands down!