We’re putting it to a vote 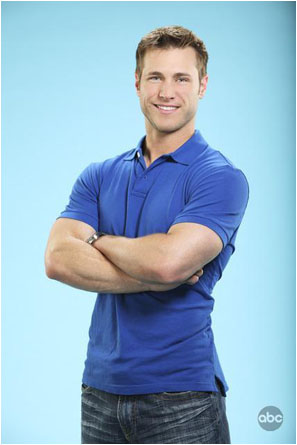 I know that several of you are ready to jump ship because you have heard that Pilot Jake is next season’s Bachelor. C’mon people. It’s not that bad, is it?  Remember how fun he was during the first one-on-one date with Jillian?

Wait.  There was that weird moment where he “surprise” kissed her in more of an attack mode verses smooth operator mode.

Whatever.  I’m sure he’s learned from his mistakes.  Let’s hope he has a good friend who played the episode back to him in slow motion…several times…to prove that he needs to work on his approach.  At least he’s not a complete chach.

Hold on.  He didcome back to tattle on He-Who-Must-Not-Be-Named.  I agree with the general idea of the gesture, but actually doing it made him ever-so-chachy.

That’s beside the point.  Jake is a live Ken Doll and it will be fun to see what happens.  Am I right?

Ah crap.  Who am I kidding.  If ABC is going to be annoying and recycle an old Bachelor YET AGAIN, I would have loved for it to be Reid.  Or Kyptonite.  Or an entire show about Kyptonite’s abs.

Now there’s something I can get behind.

You guys decide.  Who would be a better Bachelor for the show?

Jake the Ken Doll?  Kyptonite and his Superabs?  Reid the Adorable?  Or should they have gone with some fresh meat?

Let your voice be heard in the comment section below.

I’m worried Jake is just going to be so boring. I personally love the Reid the most but I’m actually glad he’s not the next Bachelor – he’s way too good for that show! I think someone new would have been best, but I’m totally going to watch anyway.

(Ok, not that I REALLY wanted him to be the bachelor – I like him the way he is and the bachelors end up disappointing me but who knows. I might have actually debated signing myself up if that were the case…)

Team Reid all the way!

What about Jesse? Who *didn’t* love him?

Jake is actually good. He is so awkward and weird, he will make excellent fodder for Lincee’s blog.

Someone new! The recycling is getting olddd..

1st choice – Someone we don’t know yet. 2nd choice – Reid. But truthfully, Jake is the guy I would most like to set my best friend up with (I just tend to agree that he might not make for dramatic tv…but you never know).

I’m confused, what are we voting for here?

All about the shame

New blood! I’m ready for a bachelor or bachelorette of color! I’m the palest white girl you’ll ever meet, and even I’m tired of the same old Kens and Barbies!

FRESH MEAT. Seriously, why do they keep recycling people? I thought Jake was nice and all, but he’d be boring and a borderline clingy nutso if he’s the bachelor. Here’s hoping they haven’t started shooting yet.

REIDDDDDDDDDD!!!! I wish it was Reid.

Someone new for sure! I just know I’d end up disliking Reid if he did the show–and I want to keep loving him instead! Jake is good looking but a total bore. It might be interesting to see what kind of fake drama ABC would create to make up for his “perfectness” though.