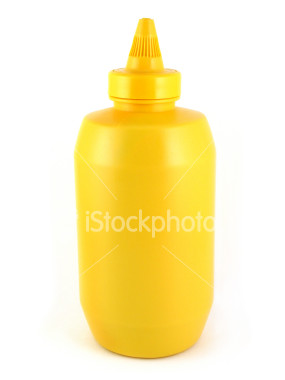 First off, let me say how excited I am to see all you spoiler-loving people chatting it up on the message board.  I’m so glad I gave you a place to figure out what the heck is going on.  And I’m so glad that I have been strong enough to NOT PEEK ONCE!  Look at me and all my will power.  Go Lincee…go Lincee…it’s your birthday…not really.

This is a reminder to please NOT put spoiler comments on this post.  Use the “Peer Pressure” one from the previous week.  And then it will be all said and done and we can go ahead and get on with our lives and how Dancing with the Stars will be our new obsession.

The “Women Tell All” episode is notorious for being a great big build up that results in a mediocre night of stuff we already knew or didn’t really care about.

Therefore, I’m going to keep with my WTA tradition and stick with what I do best.  Making lists!  Oh if I had a colored highlighter for every number, I would be a happy camper!

20 Most Memorable Discoveries/Moments of “The Women Tell All”

Jason:  “Jillian is the ultimate friend.”

Hare:  “Is that how you spend time with a friend in the hot tub?”

4.                  Our Host Chris Harrison asks Jason about the overnight date with Molly in the fantasy tent on the putting green in the back yard.  Which bring us to…

Hare:  “Jason…what really happened inside the tent?  We heard the zipping.”

Jason:  “Get your head out of the gutter.  We were only in there for three hours.”

And this, ladies and gentlemen, is why we love Chris Harrison.  Can I get an amen?

6.                  Molly lost a bet at the super swank private country club and somehow Jason ended up in his crimson boxers on the 9th hole.  I guess the clouds were aligning for him and that’s how he won.

7.                  Jason literally pretends to kill himself with a rubber knife on the set of General Hospital so Stalker Shannon and Megan will cease and desist from sticking their tongues down his throat during “improve” class.

Hare:  “That was awful Jason.  Why would you do that again?  We knew from the Bachelorette that you suck.”

9.                  Trista and Ryan have just been named “Longest 15 Minutes of Fame” in the Guinness Book of World Records.  Never fear…Baby Max and Little Sister have healthy college funds.

10.             Our Host Chris Harrison reminds us that Trista and Ryan are not the only success stories in the ABC Bachelor/Bachelorette franchise.  Charlie and Sarah are back on again after a chance meeting with Garfield at a Halloween party in LA.  Sadly, Sarah decides to air their dirty laundry on national TV and outs her boyfriend’s drinking problem.  Family fun!

11.              Hare asks, “What happens when the cameras stop rolling?”  Apparently lap dances.  And jumping into pools while screaming at the top of your lungs.

13.              If memory serves me correctly, Stalker Shannon’s teeth were whiter than before.  Or maybe it’s because her skin was darker and more leathery.  Regardless, she was rockin’ some serious bed head.

Hare:  “You seem shocked…well…pissed that you were let go.”

Hare:  “So they took away all your superficial things and you were left with just you.”

19.              How many of you thought that Our Host Chris Harrison was going to bring out the ABC intern when he said that he wanted to introduce someone who has been with the show forever in a behind-the-scenes capacity?  You KNOW that would have been a total shout-out to me.  Instead we meet Cesar the limo driver who, I assume, is going to have a bigger role in future seasons.  Or he’s been asked to leave due to the recession and the intern will be driving the girls around in a Volvo.

Here’s looking forward to the drama I’ve been missing out on!

All about the shame, not the fame,

It’s amazing that when i clicked refresh, there was the update!!! What great timing! Was it just me, or was OHCH looking at Jillian weird??

I guess the clouds were aligning for him and that’s how he won.

You did a great thing with this post considering the lack of material you had to work with.

It just felt like last night’s nights episode or whatever you call it was just trying too hard… my heart almost stopped while seeing previews for next week. I can only imagine!

Was it just me, or was last night’s show pretty darned boring?? I did absolutely crack up at OHCH telling Jason that 3 hours of sex in the tent with Molly is a lot!! That was so funny. Also, when CH and J talked about the overnight dates. The dude just about admitted to sleeping with the girls! I don’t know… Can’t wait to see next week’s MOST SHOCKING, DRAMATIC, EMOTIONAL EPISODE EVER!! 🙂 (I love that!)

I think we got to see a bit more of Molly’s personality last night. I’m referring to the scene where she is pretend kissing the other bachelorette on the bench and then again diving into the bath tub with the other 2 girls and another time with Jason on the golf course. I think the show has really hiden her true personality from the audience and there is likely much more to her than the little bits we’ve seen which depict her as rather one dimensional. I also thought it was interesting when Jillian mentioned that everyone knows that she and Melissa got along really well. (that might have been on the Ellen show last week) She didn’t say that about Molly. There has been a lot of bashing of Jason, OHCH (read his blog) and some of the girls and I wish people would remember that we really don’t know the truth of what unfolded and it’s wrong to judge before we do know.

Thanks Lincee for the recap. Kudos to you for pulling that many laughs out of a stretched 2 hour show that wasn’t all that. Did anyone happen to notice the shots of the girls legs in the back row. There was some serious cellulite going on while they had their legs crossed and the camera man was going in for an unflattering shot. Last night made me love Jillian even more. She’s just a bowlful of class, eh.

I am repeating myself from the last set of comments (this is NOT a spoiler) but does anyone think that Melissa looks like a brunette Jessica Simpson? Holla back if you do!

GREAT list! Your blog is the only reason I keep watching this show!

My new favorite quote every time something goes well for me is going to be that my clouds have aligned! Also, before he introduced Caesar, I screamed “It’s the ABC intern” to my hubby and nearly woke up my two year old!

did you notice erica’s fat thighs and cellulite?! She has put on some pounds. And I think our friend Fred has as well, but I thought it was great that they found love as reality rejects! I am surprised he didn’t pop the question right then and there! Holy Cow! OHCH is a rock star and he does a good job with what they give him!

I was surprised you didn’t mention that Chef was STILL wearing the pink shirt with the popped collar! Too funny!

#2 was a foreshadowing. The clouds were closing in on the end of that relationship!

Haha, when Chris Harrison said he was going to bring out someone who has been with the show for a long time, my husband and I looked at each other and said “the intern!” We were a little disappointed when it was the limo driver, I’m not going to lie.

Lincee,
I totally thought he was going to introduce the ABC intern! I thought it was refreshing to finally see another bachelor couple instead of Ryan & Trista again. I think maybe Natalie should just not talk, it never seems to go well for her. I was a little confused as to what her i-pod etc. had to do with her being pissed that she was sent home. Again, maybe she should stop talking.

I WAS SO THINKING IT WAS THE INTERN! Hilarious – I was thinking finally OHCH is going to give Lincee a shout out…and in walks the limo driver.? Insert Jim Halpert face! And all I could think was…what is the limo driver doing there? Who did he drive here? Is he OHCH’s daily driver? Does Bach Jay get the services of a driver until After the Rose?

Anywho – I loved the show. I loved finding out about the past contestants and getting more banter from OHCH. I am excited to see why this is the MOST DRAMATIC, EMOTIONAL, TRAUMATIC SEASON EVER!

And, Lincee you are wonderful…I love your lists!