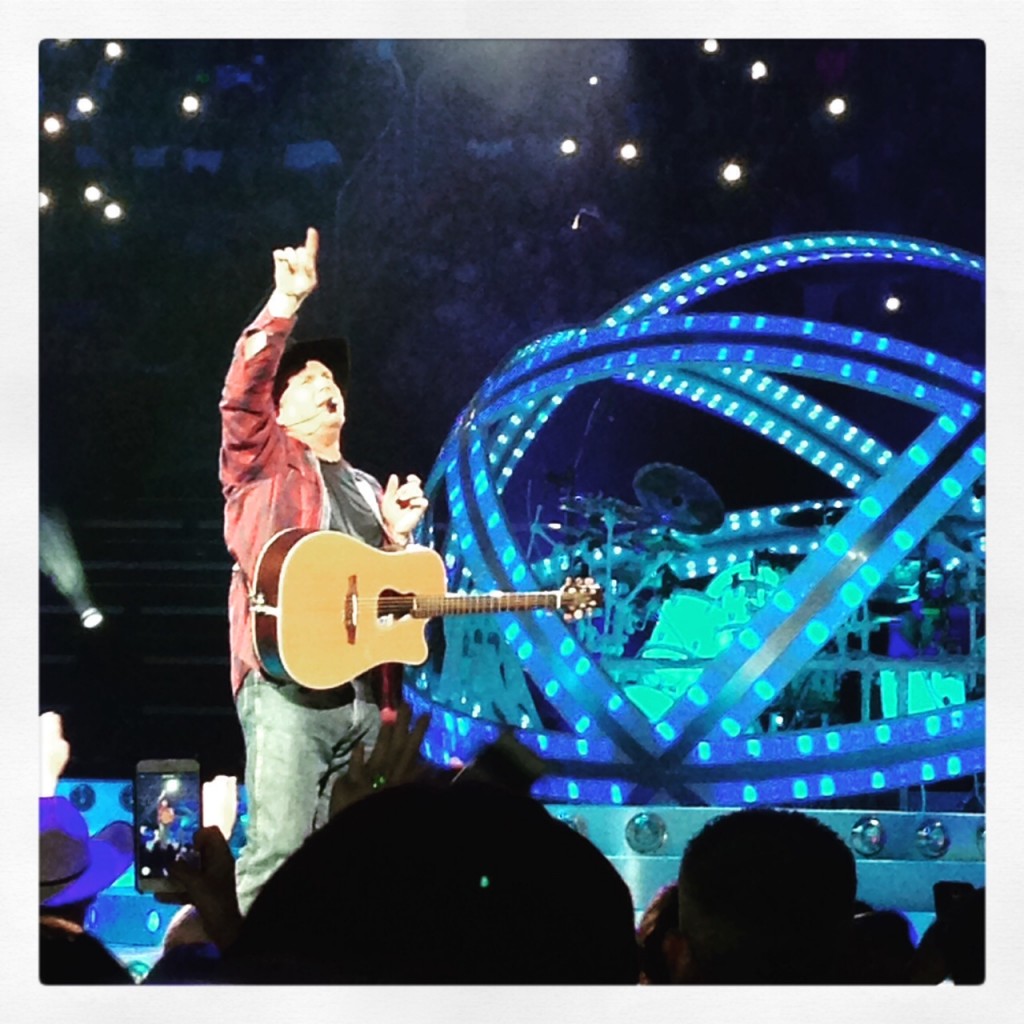 Ain’t going down ’til the sun comes up: Part 1 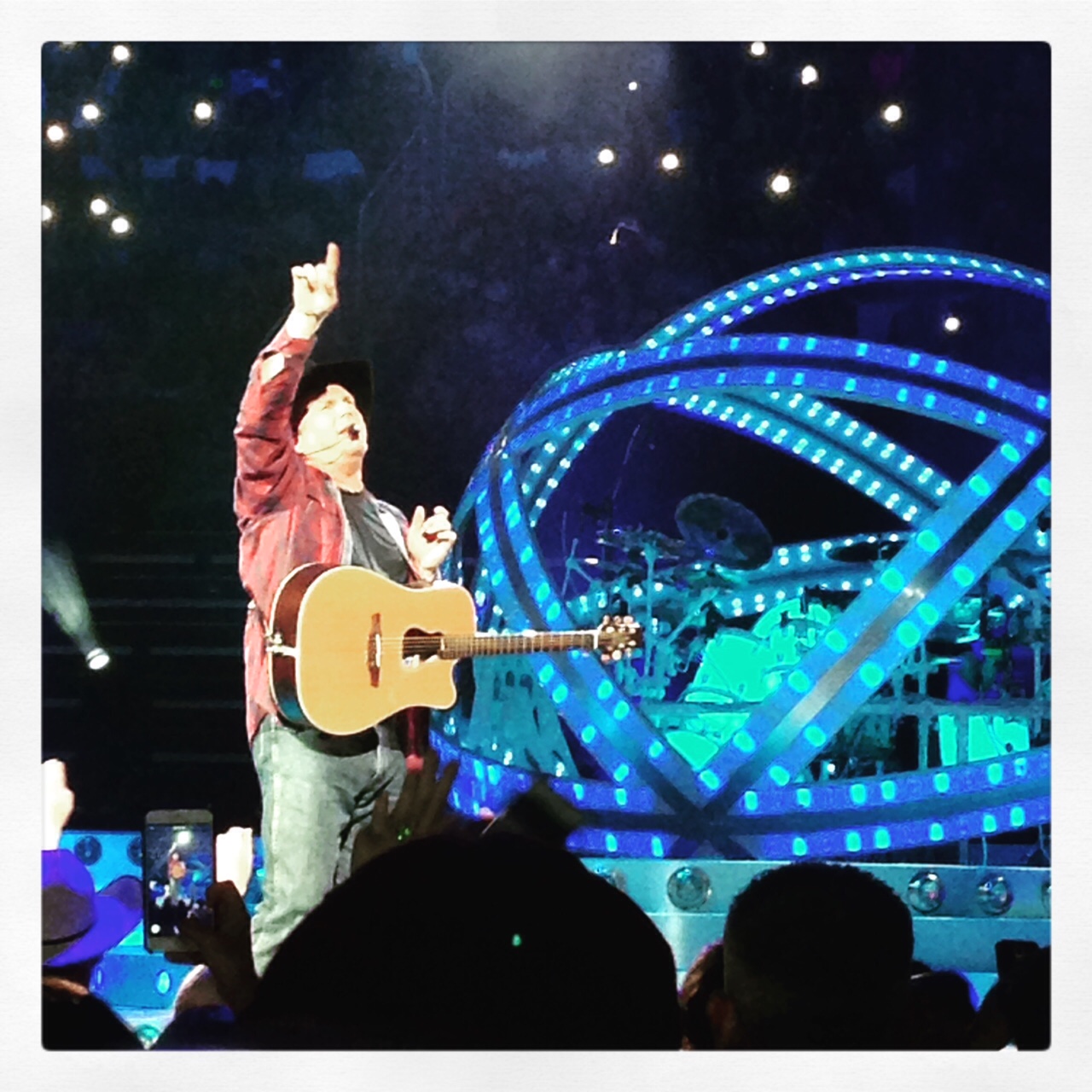 In order to fully appreciate my Garth Brooks concert story, you must let me tell you the dramatic events that led to this specific moment.

Once upon a time, a young Lincee became obsessed (in a healthy way) with Garth Brooks’ music. It was the year that Seattle grunge became super popular and all her favorite hair bands were soon replaced with brooding boys in plaid flannel shirts. When a young man with color block button downs and black Wranglers came onto the country scene, a decision was made. She would no longer flip back and forth from Top 40 Tux 99, KICS 105 Kountry and I K-LUV my oldies. (She wasn’t a weird child. We’ll call her eccentric.) Garth made an impact with “Much Too Young To Feel This Damn Old.”

After a decade of singing along with Garth on the radio in her car and her room, the decision was made to purchase the box set for the road trip to Florida where she would be working as a world-famous skipper on the world-famous Jungle Cruise at Disney World. Thanks to this wise investment, she discovered lesser-known Garth Brooks gems, such as “Ireland” and “Lonesome Dove.”

In late 1999, Chris Gaines popped up literally out of nowhere, confusing the entire country music industry. It was clear that this was the Y2K scary stuff the government had warned the country about guarding against. In Garth’s absence, Lincee turned to old Mickey Mouse Club favorites: Christina Aguilera and Britney Spears. There were also “which boy band are you?” decisions to be made. With Justin Timberlake leading the helm, she thought anyone with eyeballs and ear drums could see NSYNC was the clear choice. It was also very hard for Chris Gaines to compete with Ricky Martin when he shook his bon-bon.

Fast forward 15 years later. Lincee is a grown woman who is preparing for Houston media members to announce the Garth Brooks concert at any minute. It’s time to load up her phone with only Garth Brooks music.

Alas! Mr. Brooks is not available on iTunes! What will she do?

Why she’ll smile and brag of course! She’ll pull out her Garth Brooks box set from 1998 and tempt her fellow wannabe concert goers with its contents. BUT WAIT! Upon opening the box, Lincee discovers that the cases are there, but the CDs are not. NNNNOOOOOOOOOOO!!! THE HORROR!

It’s time to call Linea and make her look in the attic. Lincee’s mother never throws anything away. Hours later, Linea phones back with terrible news. She can’t find the CDs, but she did find the mumu she brought her beloved daughter home in after she was born in 1975.

There’s only one person who can save Lincee now, and that’s her friend Jill. She too was a world-famous skipper on the world-famous Jungle Cruise. The pair roomed together at Disney World. Jill was wise enough to purchase the exact same box set from Sam Goody the day Lincee did. Could it be that Jill would still have the box set after all these years?

Lincee: THERE’S NO TIME FOR CHIT CHAT.
Jill: What?!

Lincee: DO YOU STILL HAVE YOUR GARTH BROOKS BOX SET?
Jill: I’m sure I do somewhere. Why?

Lincee: I NEED TO PREPARE FOR HIS CONCERT!
Jill: Are tickets on sale?

Lincee: NOT YET! BUT I NEED EVERY SONG HE EVER SANG BEFORE THE CHRIS GAINES DEBACLE!
Jill: I’M ON IT.

Jill puts her newborn baby down on the ground because, safety first, and rushes over to the huge media cabinet where everyone her age keeps their old CDs. She shouts, “Do you need the George Strait one too?” as Lincee develops an ulcer. Finally, Jill screams with jubilant glee.

Jill: I have it! In my hands!
Lincee: Please, please, PLEASE say the CDs are inside the cases.
Jill: Well, the cases are in there. They feel heavy. Let me check.

Jill: YES! They are here! All six!
Lincee: I will babysit your four children for the rest of your life if you let me come get the box set right now.
Jill: Deal.

Lincee scrambled to her car, stopped only for a Dr Pepper from Chick-Fil-A, and drove the 51 miles from her doorstep to Jill’s. When her friend opened the door, Lincee discarded the adorable new born in lieu of cradling the Garth Brooks box set like it was a child of her own. Jill totally understood and shed a tear with her. That’s why they are friends.

In the next installment of “Ain’t Going Down ‘Til the Sun Comes Up,” we’ll discuss how Lincee and Emily nearly had heart attacks finally purchasing the Garth Brooks tickets. Stay tuned! 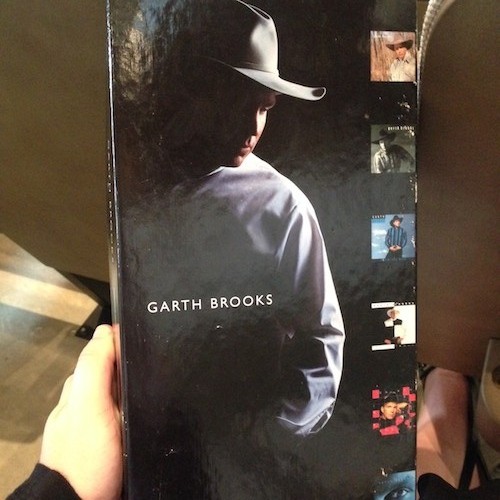 Lincee- I am so excited to read of your Garth experience! I, too, attended “the best concert… ever” when Garth came to Birmingham for the first time in… 19 years. And I was there for that concert, too! But what made this one the best? The fact that my friend and I were plucked from our upper level seats to sit front row center for it!!! I had heard urban legends of this happening, and I am here to tell you it is true… Garth loves his fans so much that he literally makes their lives by giving them front row seats. A night I will never forget. I will send you videos if you want. 😉

I can’t wait to read all the parts to this story.

I was 5 when I heard “Much Too Young to Feel This Damn Old” on the radio. Of course I got in trouble for singing the word damn. It took 20 yrs, but I got to see Garth live in Nashville 4.5 yrs ago. 4 concerts in 3 nights, and he read my sign during night 2, and I nearly died. He pointed to it and said he loved it. I’m not so patiently waiting for his return to Dallas to be announced.

You’re really good at that whole ‘leave them wanting more’ thing!! Can’t wait to read the next installment.

Woo Hoo! That was awesome! And I’m not even a Garth Brooks fan! (She says, expecting a lightening bolt to come crashing through the computer screen directly from Lincee 😉 )

amy a
Reply to  Bri

I’m with you. I’m more of a George Straight gal (and I love green beans) *gasp*

Looks like you’ve got friends in low places, and I, too, have been in that low place of panic-when-beloved-object-goes-missing. So glad you found these!

p.s. I run a Fantasy Football league, and I would do re-hashed lyrics to familiar songs. “Friends in Low Places” was one of them, and it was a big hit. Let me know if you want me to e-mail it to you. 🙂