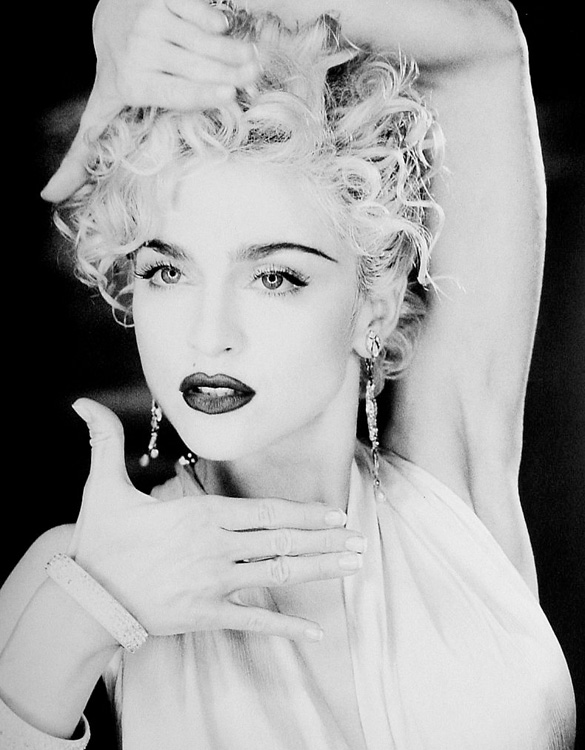 It’s been a while since I’ve posted a Great Debate with my high school friend Chance.  The last one we did was in 2009.  Of course, he’s been a little busy the last four years.  He graduated from law school, married one of the coolest girls I know and had a kid.  I managed to work in an extra three shows into my already-full DVR before falling in love with salted caramel cupcakes.  Score.

I was inspired by Madonna as our next Great Debate topic after attending her concert a few weeks ago.  Well, inspired is probably too bold.  I was actually disappointed by how many popular songs were left off of the set list.  I was equally concerned for my ears and eyes regarding all of the stuff I would never be able to unhear or unsee.  To quote my friend Kristie, “All I could think to do was to pray for her as she tortured those dancers on the stage.”

I haven’t really been on the Madonna bandwagon since her Immaculate Collection CD in 1990.  Since Madonna is all about reinventing herself and all I care about is 80s Madonna, is that just personal preference?  Or am I getting old?

I called Chance to confirm one or the other.

We never connected.  There was a lot of phone tag and quick messages, but nothing was set in stone.  Between my hectic work schedule and Chance’s baby whisperer ways of training his son to sleep through the night at six weeks, the Great Debate went down via text.

Me:  I need your top five Madonna Songs.
Chance: Live to Tell, Crazy For You, Like A Prayer, Open Your Heart, Papa Don’t Preach or I’ll Remember. I can’t decide.

Me: Live to Tell, Crazy For You and Like a Prayer are on mine too!
Chance: I think I should pick something from the 90s. I hate to think she was at her best 22+ years ago. Damn we’re old. I like that movie with Joe Pesci as the homeless Harvard man.

Me: Vogue is 90s.
Chance: Vogue is not in my top 20.  Papa video was awesome. And the song was a puzzler. What was Papa preaching? Adoption? Because she definitely declared that she was keeping her baby.

Me: With Honors is that movie. What does that have to do with Madonna?
Chance: The theme song was I’ll Remember.

Me: Papa had that hot guy in it.
Chance: Huh?

Me: The video. Hot guy.
Exhibit A: 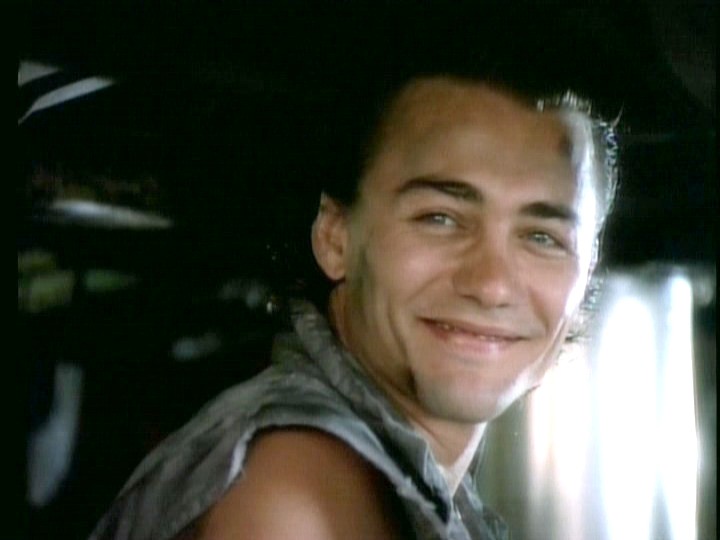 The text messages end there.

I do remember a conversation about how awesome I think “Express Yourself” is and Chance’s uncomfortable shifting on the phone with blatant disagreement. I’m quite confident that he would be on board with this choice in his top five if she started out the song with, “COME ON BOYS? DO YOU BELIEVE IN LOVE? WELL I GOT SOMETHING TO SAY ABOUT IT. AND IT GOES SOMETHING LIKE THIS.”

It’s just a guess. But I have known him for roughly 25 years. That uncomfortable shift spoke VOLUMES.

I can also confirm that the various unofficial polls I conducted with several male friends, “Crazy For You” was always listed first or second among the list. I asked Chance what the deal was with dudes and the Material One’s sultry ballad. His simple response was that he prefers Madonna’s voice in her lower octaves.

Which brings me to “Take a Bow.” It’s the only song I liked on her Bedtime Stories album. It pains me to say that it didn’t make the top five, but I can reveal without a shadow of a doubt that the list below is solid greatness:

What do y’all think? Did I get it right? Is there something that I completely forgot? Are you like my friend Ann who listed “Lucky Star” in her top five? What about “La Isla Bonita” and how when you sing it, you feel tropical and/or fluent in Spanish? Did you go to the Madonna concert? Were you scared like me? Did you fall asleep before she took the stage? Sound off in the comments section!

I agree with
crazy for you
Live to tell

I think “papa”deserves a spot and I will hide behind a couch cushion while I reveal my personal favorite, “La Isla Bonita”. I am like a music nazi with my kids…very careful a about lyrics lousing up their innocence, BUT I have totally capitulated for la Isla (they’re learning Spanish…right?!)

Burning Up. Come on now, a video in black and white with a cute guy and a great car? Classic Madonna blonde hair with dark roots? It’s the perfect dance song, and it’s before she took herself so seriously. It should be at the TOP of the list. It’s what she tried to recapture in Take A Bow, and almost did but not quite. It’s what gave us all the first look at what Madonna could be. It’s what made everyone want to apply dark lipstick and drive a convertible. It is BURNING UP.

That was hard!! I like a lot of her songs!

I don’t think I would enjoy one of her concerts, though.

I’m with you, definately an old school Madonna kind of girl so all 80’s Madonna songs are a love. I love Take a Bow and This Used To Be My Playground from A League of Their Own was prominent in my tween stage. But something that makes me giggle is that when we were little, my sister was OBSESSED with the movie Who’s That Girl and watched it every day for weeks. So, any song from that movie holds a special place in my heart 🙂

La Isla Bonita
Lucky Star (brings me back to a cute guy I liked in HS)
Don’t Cry for Me Argentina (okay she wasn’t awesome in the movie and I know it isn’t really HER song, but I love this song!)
Material Girl (another HS flashback)
Vogue

Your list, minus Holiday, plus Robyn’s suggestion of Open Your Heart. I only like the ones I can sing in a loud voice, and Like a Prayer is especially good for that, because of the choir. I know absolutely nothing of her music from the last 20 years, however. I did see her once on Letterman probably around 10 years ago and she was learning to play the guitar and it was pretty painful to watch. Maybe she is actually good at it now??

Also I heard on the radio that Yakov Smirnoff was at that concert. Did you sit with him?

How can Get into the Groove not be on anyone’s list?

My top Madonna song e-v-e-r! I can help turning it up, dancing and singing every time it is on!

Amber W! I used to be obsessed with “Who’s That Girl?” just like your sis. How great was that movie and how great was Griffin Dunne!?
Lincee, the guy in the “Papa Don’t Preach” video is actor Alex McArthur, supreme!
And Madonna had Keith Carradine in the “Material Girl” video so I have to give her props on good taste in gorgeous guys. : )
One of my top five Madonna songs is “Cherish,” also has a cute video with mermen!

Hi my family member! I want to say that this article is amazing, great written
and include almost all vital infos. I’d like to see more posts like this .

Unquestionably believe that that you stated. Your favourite justification appeared to be on the net the simplest thing to understand of. I say to you, I certainly get irked while other people consider worries that they plainly do not recognise about. You managed to hit the nail upon the highest and outlined out the whole thing without having side-effects , people can take a signal. Will probably be back to get more. Thank you