‘Guardians of the Galaxy’ 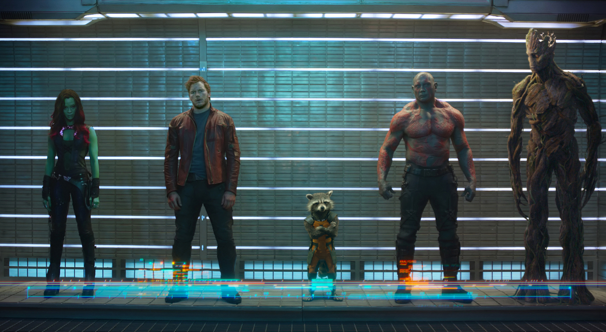 Are you looking for something to do this Labor Day? Here’s my recommendation. Head on over to your local multiplex to watch ‘Guardians of the Galaxy.’ Yes, it’s made a bajillion dollars since it debuted in August, but I feel that a few of you probably haven’t bowed to peer pressure to see it on the big screen and you’re waiting for the Red Box edition. DON’T DO THAT! I mean, don’t only do that. Of course rent it when it comes out around Christmastime. You’d be silly not to.

I’m off track. Here are three reasons that should convince you to leave now to catch the next showing.

1. Tale as Old as Time
Everyone who reads IHGB on a regular basis probably knows by now that I have a weird affection for superheroes, including but not limited to Marvel characters, DC characters, Captain Kirk and Han Solo. What you may not know is that I will always root for the underdog. I find great joy in cheering on a bunch of Marvel misfits who band together for the greater good. Especially if a raunchy raccoon pulls focus with his crass humor.

2. Hooked on a Feeling
Our main character, Star-Lord, literally has a cassette tape labeled “Awesome Mix Volume 1” which tells us two things. One, Star Lord is totally cool because he makes mixed tapes like me. And two, the name hints that there is a second volume! Hello sequel! The soundtrack features an eclectic mix of old favorites and tracks that can’t help but encourage the audience to sing along in the theater. Of course that could have been just me, but how can you not accompany Blue Swede when they sing “Hooked on a Feeling?” The answer? YOU CAN’T.

3. Chris Pratt
You’ve known him as bumbling Andy on ‘Parks & Recreation,’ but he has proven himself through many minor roles that he is ready to take on a lead role in an action-packed superhero movie. He’s surrounded by phenomenal supporting characters, two of which are CGI, and he still comes across as strong, funny and determined. Plus, he has the physique of a superhero, but without the spandex. 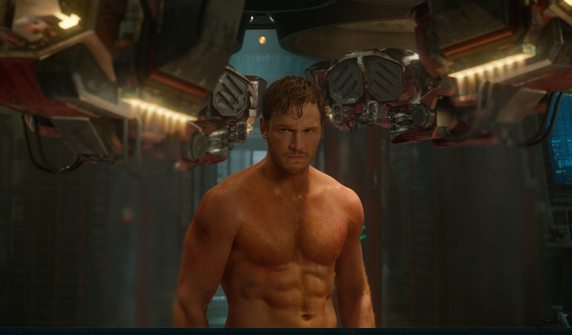 If that’s not enough for you to get in your car and go to the theater right now, check out the trailer. I dare you not to be at least intrigued!

Ah, “Guardians of the Galaxy”…what a hoot!! Have seen it twice in 3D and loved every minute. It’s hard to beat that opening scene of Pratt getting his groove on to “Hooked on a Feeling” ;))
Quick correction, though…the tape was actually mixed by his mom. Remember her last gift to him was Vol. II <3
Looking forward to the sequel already! (And we definitely have the same taste in movies…saw "Begin Again" 5 times ;))

I bowed to the peer pressure a few weeks ago and loved it! It is definitely worth seeing at the theater.