It’s been about a month since we celebrated the inaugural post of Hall of Fame. Boy, was that was a good day! Thank you to everyone who offered their suggestions in the comment section. Believe me, your wisdom did not go unnoticed and I’ll be giving some of you shout outs in the upcoming posts for introducing me to future Hall of Famers.

Until then, let’s explore the latest inductees who are equally adorable and funny! 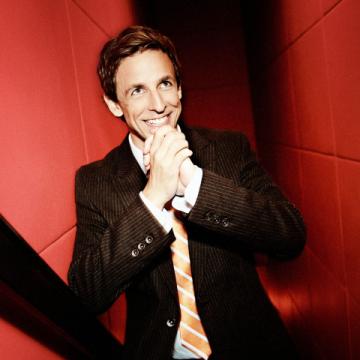 I heart Seth Meyers. I have a serious…and I mean SERIOUS…crush on him. He’s the only reason I watch Saturday Night Live because the delivery of his weekend updates are a perfect blend of sarcasm and wit. For example:

He writes most of his material. Anyone that creative and funny melts my heart. Plus, when he smiles he is all sorts of charming and cute and it makes my insides fuzzy. 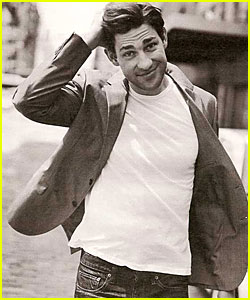 For those who have followed me for years, you are probably looking at the above picture wondering why I haven’t incorporated my “Jim Halpert face” moments in this season. I have to say, I’m wondering too because it’s classic Lincee. Sort of like “pineapple” and “Kyp’s abs” classic. FORGIVE ME JIM!

I think John Krasinski is darling. And HANDSOME. And tall. And hot. Once while in New York City, I was literally mesmerized by his hotness when stumbling upon a giant building-sized Gap advertisement featuring him. Yes, I know The Office jumped the shark about three seasons ago, but anyone who is this adorable when they laugh is speaking my love language. 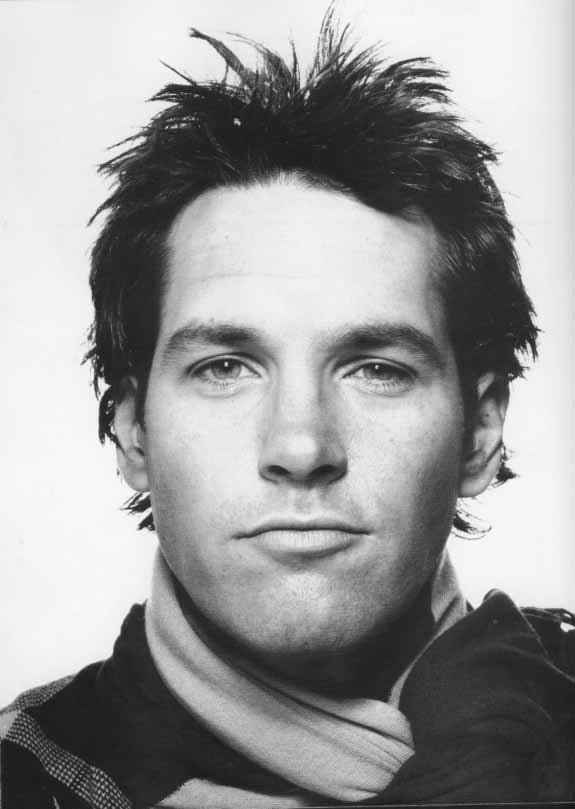 Isn’t he gorgeous? I fell for Paul Rudd in 1995 when I discovered Clueless and he played Cher’s step-brother/boyfriend Josh. Since I had to watch the movie a billion times in order to write my college paper on “How Media Can Change Society” (totally made an A by the way,” I was well-versed in everything Josh and loved that he had asked Marky Mark to plant a celebrity tree. From there, the infatuation continued through his two-year stint as Phoebe’s husband on Friends, Brian Fantana and his sexual panther aroma, the Single Ladies video on SNL and all the Judd Apatow movies.

Okay. Who are the funny guys I’ve missed? What are other categories I can include in my next Hall of Fame? Sound off in the comments!

with his shirt off, please.

Love Seth Meyers, thank-you!!! =) Still pulling for Taye Diggs, and the men of LOST!! Ooo, how about the male cast of TV shows??

I like Jason Segal. He seems like he would be so fun to hang out with, he’s tall, funny, and cute in a not full of himself way.

Well, if we’re strictly talking about the funny guys: I think Jimmy Fallon is hilarious and adorable. And don’t think I’m weird or anything, but I’m seriously obsessed with Conan O’Brien. He’s hilarious and has red hair. That’s all I really need. Plus, your picks for funny guys are awesome. Doesn’t get much better than John Krasinski.

Oh Linc… lonnnnng before Friends (though after Clueless)… Paul Rudd in Object of My Affection.

Love him. Adorable. And more… sigh.

Seth Meyers, Love him!! And I second the Jimmy Fallon vote.

I second Bradley Cooper. I voted for him last time around. And Nathan Filian from Castle, yes he is “ruggedly handsome”

John Krasinski is my celebrity boyfriend. Even my husband knows it! I’m glad I’m not the only one who finds him absolutely adorable.

Oooh, Lincee, I’m on the Seth Meyers love train too!

I agree, Jimmy Fallon is adorable.
I also love Jason Sudeikis, I fell in love with him on 30 rock, but also love him on SNL

seth meyers is my favorite part of snl as well. the man is adorable…simply adorable.

Agree with your 3 excellent choices. But disagree that The Office jumped the shark, ever. That’s just wrong!! Please tell me you watched the recent episode called “Threat Level Midnight”. It was genius! The Office, and John Krazinski’s adorableness, are going strong. Actually, I’d have to add Ed Helms (the NardDog) to my funny guy crush list. And I agree with the person who suggested Jason Segal/Marshall Erikson… love him and HIMYM!