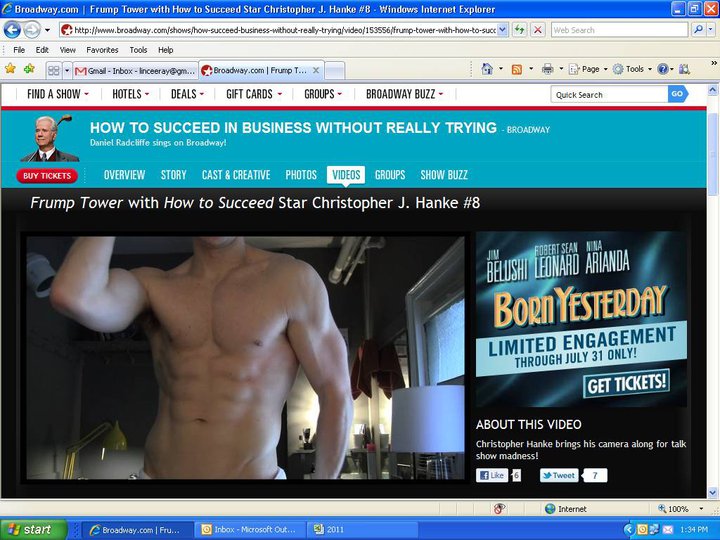 You all remember my friend Christopher, right? He’s in the hit Broadway show How to Succeed in Business Without Really Trying . He will be performing on the Tony’s this weekend, but sadly, his abs will not be making an appearance. Thank goodness I can freeze frame his Broadway.com video blog and exchange the picture above with the marine winner from my Dr Pepper contest as my new screensaver. Is that too much information?

‘O Sole Mio
I understand that American Idol has sort of jumped the shark and those of us over the age of 27 all watch it more to see JLo’s unusual wardrobe and hair piece choices, as well as to hear whatever wacky comment Steven Tyler conjures up from the pit of his soul. With that said, I was fast forwarding through the show about a month ago and I noticed a trio of strapping young lads singing front and center. I rewound and witnessed this:

COME ON! These boys are 16 and 17-years-old and are quite the sensation. Their name? Il Volo. They’re like the new Jonas Brothers, except they aren’t really brothers, they are Italian and can SING! If you don’t have a favorite, you need to brush up on your pop culture. Even though that one in the middle looks like Joey Lawrence and the one on the left is super cute in a straight-up nerdy way, I heart the one on the right. Lord knows I’m a sucker for dimples.

Lay Your Hands On Me
A few weeks ago, I was fortunate enough to be chosen by my friend Mary to accompany her to the Bon Jovi concert.

I’m going to give you a few seconds to absorb the awesomeness of that sentence.

Dear reader. It was everything I wanted it to be and more. Sure, we were all bummed to learn that Richie Sambora was in rehab, but let’s be honest with each other…we went to the show to see this: 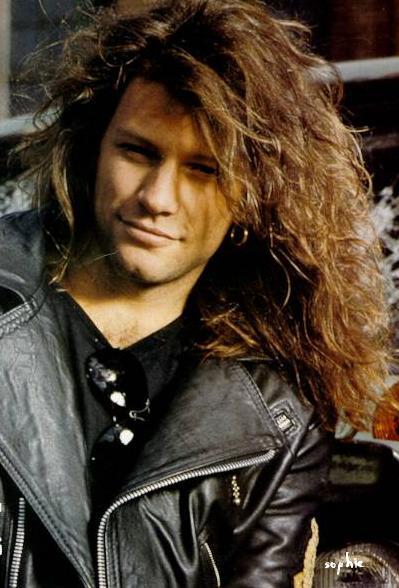 The lights began to flicker and eventually, the stadium was blacked out. You could cut the energy with a knife. Our row placed bets on what the opening number would be and before we could dig a few singles out of our wallets, the epic,

“SHOT THROUGH THE HEART…AND YOU’RE TO BLAME…”

Cue the electric intro and the crowd goes wild! And then THIS guy comes out from the back of the stage: 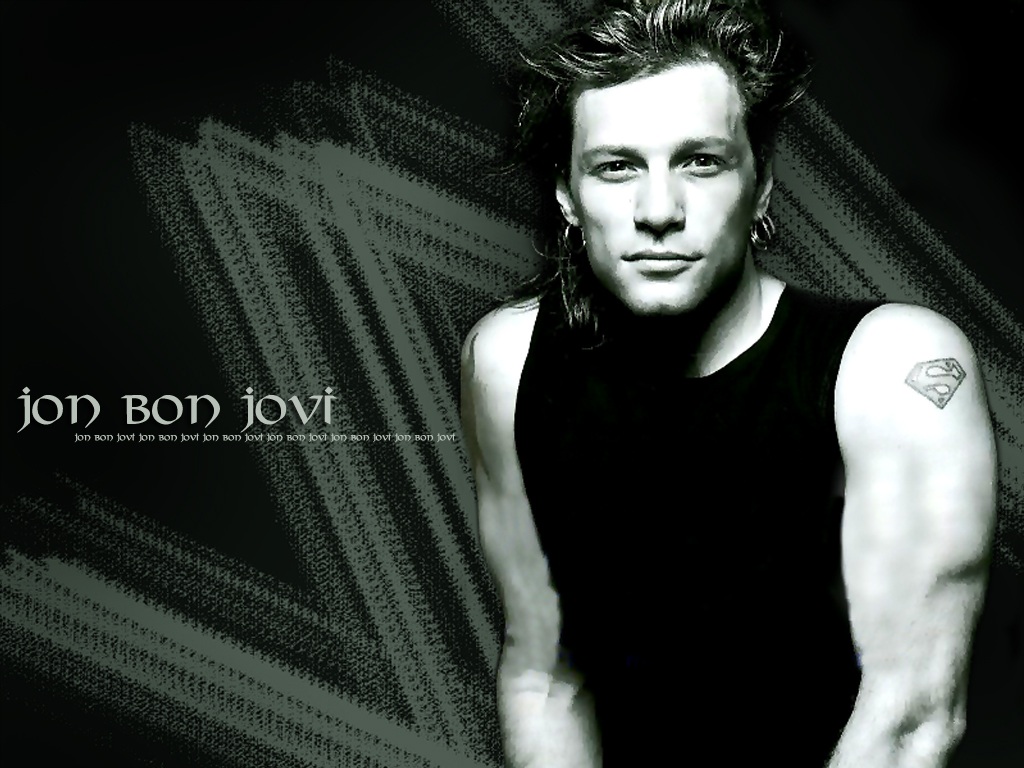 He sang all the songs he’s known for and only a few from any album that came after Crossroads Greatest Hits. Fortunately, that gave us time to Facebook, Tweet and call everyone we knew to rub it in that Jon had just asked us personally to lay our hands on him.

Before we knew it, the concert was over and Jon had yet to sing “Dead or Alive.” As if he wouldn’t sing it during the encore. Please.

But then he didn’t come back on stage. Through meager claps and drunken wolf whistles, I began to get really nervous that he would not return because we were not enthusiastic enough.

Was Jon ticked off at Houston?

Never since I attended the George Michael concert (read about that fantastic time HERE) have I felt the need to voice my desire for an encore so badly. I rally the troops in section 204 and then it slowly begins to spread. Suddenly, the entire auditorium is resonating with a primal chant, when out of the darkness we hear:

I have never been so happy to finish a lyric in my entire life. And I did it with great gusto and pride.

Had Richie been there to recreate this moment, the night would have been perfect!

Oh Lincee, Abs and Il Volo aside (I read it as Volvo the first time and wondered if they were singing about a car!!), you have struck straight to my core with your tribute to Jon Bon Jovi. He’s on my freebie five forever. He had me at Living on a Prayer.

20-something years ago I was at the Summit Hotel in Dallas about to have brunch with my then-boyfriend and his parents when I saw Jon walk past me going the opposite direction. More accurately, I saw the Superman tattoo and it took a few seconds to register what that meant. I turned around to see him signing an autograph.

He was at the….Springsteen concert, I think it was, a couple of years ago. Came out and sang a few songs with Springsteen and I think, one on his own. I think he was in town for his own concert or something. I was more excited about his surprise showing than I was about Springsteen. My hubby is a few years older and more of the Led Zepplin persuasion than the Bon Jovi persuasion.

I’m a Jersey girl – and although I’m more of the age of Springsteen – I love me some Jon Bon Jovi! I work with a guy that lives in his childhood home…several years ago one of the news shows went home with Jon and toured the house…cool!

Just watched the video – my favorite part of “Deadliest Catch” is the beginning!

love. love. LOVE Bon Jovi. The 2times I saw them in concert were beyond brilliant. How great to have a friend take you! Way jealous!

SOOOOOOOOO jealous right now. LOVE Jon! I had a friend make fun of me once because I had his music on my myspace playlist (that was a throw back there, ha!). I had to put her in her place!!!

Oh my, my..Jon certainly is ageing gracefully..whew! He is worse than hot! Love the “Superman” tattoo!

Lincee! I was there that night too….it was INCREDIBLE! I also had anxiety at the end when he didn’t come out and he didn’t come out….I was peeved that he hadn’t played Livin’ on a Prayer because that’s what I wanted to hear! But the lights didn’t come on so I KNEW there would be an encore and sure enough….two of his best songs ever! Dead or Alive and Livin’ on a Prayer! But what struck me funny at the concert was that you could literally detect, in the dark, how many 20 somethings were in the audience vs. how many 30-40 somethings were in the audience. All of his newer songs the young girls would jump up and swing their beer cup around and sing their hearts out and granted, the place was loud! But when he sang anything from the mid 80’s, the entire place was so loud with the audience screaming out the lyrics that it was almost deafening….Us 30-40 somethings know how to bring the house down!!!!! That night was so much fun! Come back to Houston Jon!!!!!

Weren’t you going to attend a Michael Buble concert as well? Would love to hear your thoughts! I’m going to see him at the end of June. So excited!

Mary must be your BFF for sure….
I loved watching him on “Ally McBeal” too. When he sang “I hope that I don’t fall in love with you” to her it was beautiful. I have it bookmarked on “youtube” so I can replay it whenever I want.

Lincee, why don’t more people appreciate the music from the 80’s?? Jon was hot then and is hot now! Of course we all had the 80’s hairsyle to match the famous singers. WOW! Life was so good back then and you could actually understand what they were saying in the song. (-:

First….THANK YOU for the abs picture…so not only is your friend hot as a button…he’s HOT HOT. LOL I must get myself to see this play!

That’s so awesome about Jon Bon Jovi….that man…sure does age well and HOT. Glad you had a great time!

There is so much awesomeness (among other things) going on in today’s post, I am at a loss for words!!!

I must echo the “Lord have mercy” and add a goodness gracious! =)

It’s not a Hall of Fame, but who cares? Bon Jovi is too hot for words!!!! (wipes drool off chin…)

Rebecca C…I’m saving Buble for another post after I go see NKOTBSB in a few weeks. Yeah, you read that right.

Bluegrass State Laura: Jon will soon be in the Hall of Fame. Never fear.

I love the recap of the Bon Jovi concert. Made my heart speed up a bit just reading it.