We are in the home stretch ladies and gentlemen. The Bachelor starts on MONDAY! I have my handy dandy clicker counter that will help me keep track of how many times Our Host Chris Harrison reminds the lovely viewing audience that Jason was DUPED at the Home Depot proposal pedestal by the evil DDAHnna Pappas who now holds a permanent place in Bachelor history IRONICALLY beside her evil DUPER Hotter Than Crap Brad Womack.

How’s that for a run-on sentence? You know I love them…

In keeping with the tradition, each year I take a quick peek at lineup of Bachelorettes and decide who I think Jason will take with him in the first round based strictly on looks, age and occupation. Because let’s face it…that’s all he will be judging from too.

I’ve narrowed it down to the four below: 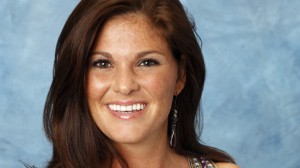 This is Jackie. She’s 26, lives in Dallas and appears to be cute as a button. One red flag that Jason might have against her…she’s a wedding coordinator. Of course, Jason is in touch with his feminine side, so he may find that extremely convenient if he wants to promote Jasonopoly, the “look how far we’ve come in our relationship” board game. 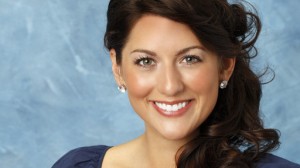 Jillian is 29. She’s closer to Jason’s age and more than likely hears her biological clock ticking away. As an interior designer, her time is probably her own and she can pretty much work from any location. Her side pony tail is questionable. But I’m willing to take a chance on this girl. 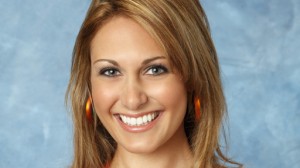 Lauren is a teacher from Florida. Teachers like kids. Jason has a kid. Lauren will like Ty, therefore, Jason will like Lauren. It’s all about the math really. However, she is a blond. That may be a problem. 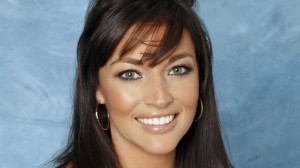 Megan is 25. Funny, because she looks older than that to me. But she’s also a single Mom which makes her more mature than other 25-year-olds. She is a coach which will bring out the competitive spirit in Jason. He likes to do push-ups on benches and kayak. Match made in heaven.

So what’s your take? Head over to abc.com and check out the bios. Let me know if there’s someone that sticks out to you as a potential mate. Are you guys pumped?

And we’re BAAACCCKKKK!!! I think you’ve nailed it Lincee!!! Starting next week, Tuesdays will be my favorite day, because I will have your recap to look forward to! YAY!!!!

I think Megan kind of looks like DD. Just sayin : ).

I can’t believe you made no mention of Treasure she is a single mom too!

I cannot wait for Monday! And of course the City was on last night too…I know this is a blog about the Bachelor but I love me the City! I visited NYC for the very first time this past summer and fell in love and aside from the stupid dialogue and long awkward silences, I am so glad they debuted the City.

I can’t wait! My pantry is stocked with plenty of diet coke, rotel and chips, Reese’s PB cups, etc. Let the funfest begin! What I’m really looking forward to? Your recaps! Bring it on, girl!

I’m going with Erica, Lauren, Sharon and Shannon. Can’t wait. Not even going thru the motions of pretending that I’m not going to watch.

Yea! Something to look forward to on Monday nigths again! I am also throwing in Raquel (from Brazil -show me a guy who can resist that!?), Shannon, Natalie, Stacia – single mom AND works for a charity – and finally Treasure – she gets points for the name alone!

Laurie on the Prairie

Here is a look back in time!!!

Why is it that I don’t even remember the girl Jesse picked??? Jessica? Seriously? I watched it yet have no memory of it….and what the heck is Matt up to these days?

Rumor has it that Stephanie Gwaltney, a widow, mother and former Miss Alabama from Huntsville, Alabama is in the Top 4 and had Jason & crew to her hometown. Don’t know this to be true, but take note. Cannot wait! Bring it, Lincee!!!

Anyone see the magazine ad for Sketchers where Trista is pimping her family (all in Sketchers of course)?