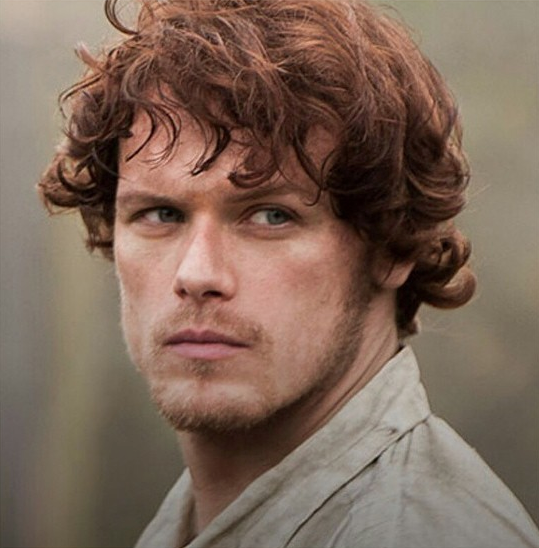 Hall of Fame: Another Time

It’s been a long time since I inducted another class into the IHGB Hall of Fame. This group features men who managed to make my heart melt while they were brooding in period costumes. So much can be left unsaid when a kilt is involved, am I right?

I’m going to give you a moment to keep staring at his face. That chin is just one of the reasons James Alexander Malcolm MacKenzie Fraser made the Hall of Fame. The main reason he kicks off this list is his unflinching love and protection of Claire. When she fell (through time) into his life, the world no longer spun on its axis—it revolved around her. There is a deep passion between them, but equal respect. She is his match. Some call that a fairytale. I call it hope.

And real men wear kilts. That’s a fact. But it’s sort of weird if you’re not Scottish. Or attending a Scottish wedding or Halloween party. Keep that in mind. 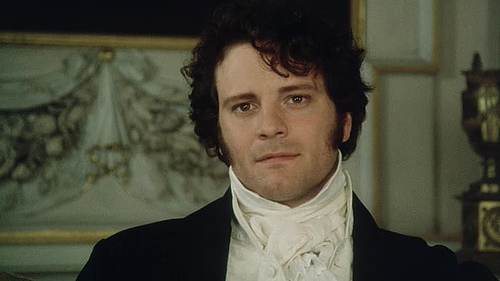 I’m definitely not that chick in the Austenland book/movie, but I certainly have been enamored with Mr. Darcy for multiple decades. When I read Pride & Prejudice, I didn’t really comprehend his desperate need for Elizabeth until I watched the double VHS tape, block-out-a-weekend, mini-series.

I understand there are purist out there who think the Keira Knightley version is abominable compared to BBC version. I concede that Colin Firth is the Darcy of all Darcys, but you have to admit that this is pretty romantic: 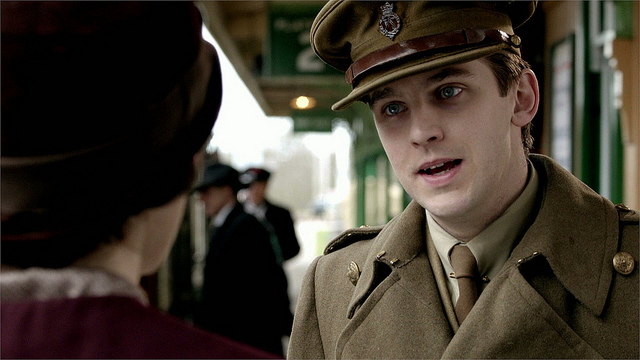 COUSIN MATTHEW! Those eyes. That smile. Those eyes. Only Matthew Crawley could tame Lady Mary. Downton Abbey hasn’t been the same since he’s been gone, or since that hot Turkish guy died. Can I get an amen?

Now it’s your turn. Who are the men from “the days of yore” who I may have missed? I’d love to research your suggestions. TRUST ME.

I KNEW before I clicked that I would see Matthew Crawley! I think you should research the oldie-but-goodie, Gilbert Blythe. Sometimes he looks kind of young, but when he DOESN’T, he is hall-of-fame material, I think.

I’m on it Kristin. Thanks!

Sad news: Jonathan Crombie, the man who played Gilbert, died this week at age 48 of a brain aneurism. 🙁 🙁

Maria P – I agree with you when it comes to accents. WOO HOO!

This is going back over 30 years. A Masterpiece Theater production of A Town Like Alice by Neville Shute. A WW2 love story starring a young Australian Bryon Brown. One of the greatest love stories of all times and he was amazing

That is a ringing endorsement karen! I will check it out!

Henry Cahill was pretty delicious as Charles Brandon in the Tudors.

That should be Cavill Stupid auto-correct. :o(

I can never have need to rejoice more than I do that you have discovered the joy of Outlander. Jamie will forever and always be number one.

That said, I second Henry Cahill in the Tudors and add Jonathan Rhys Myers or however you spell his name who played a very non-historically accurate hotter than hell Henry VIII.

Also Patrick Swayze as Orry Main in North and South.

You had me at North and South. Orry FOREVER.

As a P&P fanatic, I need to point out that his name is actually Fitzwilliam Darcy. Mark Darcy is his alter-ego in Bridget Jones’s Diary. But you’re right that he’s the best Darcy of all time.

I also second Gilbert Blythe above!

And Daniel Day-Lewis in Last of the Mohicans should be on this list.

Or Daniel Day-Lewis in ANYTHING!

I submit Ben Barnes who played Sam Adams in the mini-series Sons of Liberty. I agree that Henry Cavill in The Tudors was smokin’. AND this may be wrong, but Diogo Morgado playing Jesus in Son of God was distractingly handsome! It was hard to concentrate…I’m just saying.

Michael Landon on Little on the Prairie!

How could I forget Paw!

Thank you very much for including Matthew Macfayden Mr. Darcy! I freaking love the 2005 version. The other day I had a conversation with my husband:

Me: Oh my gosh I turned in 5 stories today. My brain is dead. DEAD. What’s my name again?
Zach: Pearl. Because it’s Tuesday.

He was referring to the above scene. Not exact but the sentiment was so sweet that it made my day. Thank goodness for a husband that loves and appreciates Pride & Prejudice!

James McAvoy in…. anything… That Jane Austen movie with Anne Hathaway, Atonement, etc.

Forgot all about Christian Bale in Little Women. Good call.

Yes, yes, yes to Christian Bale in Little Women!! The scene when he declares his love for Jo!

Nearly a perfect list! I would only add Skeet Ulrich playing Ray Singleton in “The Magic of Ordinary Days”.

1. Richard Amitage as John Thornton in the BBC “North and South.”

2. Jeremy Northam as Mr. Knightley in the Gwyneth Paltrow “Emma.”

SO MANY MEN. SO LITTLE TIME. I’m on it Patti.

Yes! Michael Fassenbender in Jane Eyre. I think he did a great job as Mr. Rochester. Good Call on Jeremy Northam as Mr. Knightly.

Oh! And Matthew MacFadyen in the BBC “Little Dorrit.”

Richard Madden did a couple of things that I think qualify him for this Hall of Fame. He was in Klondike which is set during the Klondike Gold Rush. Do yourself a favor, and Google images for Richard Madden in Klondike.