Is The Bachelor going green again? 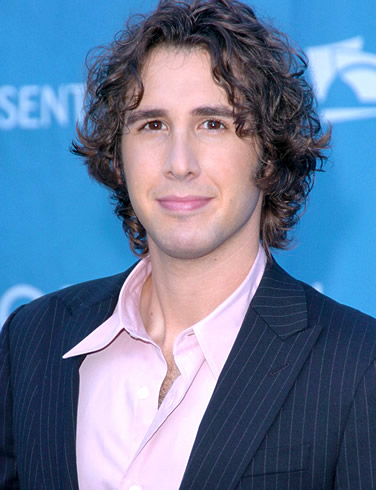 Thanks to everyone who wrote, Facebooked, texted, Tweeted and called me to say that it is rumored that Groban (aka: Ben the Wine Guy) will be our next Bachelor.

Here were my initial thoughts:

1. When will ABC stop recycling bachelors?
2. How does Greek Groban feel about this?
3. Will Jennifer Love Hewitt be a contestant?
4. What if he talks in his puppy voice again?
5. Can he raise someone up to more than they can be?

What do you guys think? Should he be the next Bachelor? Are we excited? Who would have been a better choice? Has anyone thought of JLH since Party of Five? Sounds off in the comment section.

Can we start a Facebook page to stop the madness ABC?! We need some fresh faces! The only reason I’ll watch is for your recaps and to see what witty comments OHCH comes up with!

Everyone I know wants ABC to stop recycling Bachelors! How hard could it be to find someone new?!

UGH! Ben was the least of my favorites. I guess it could be worse. It could be Ryan “Sunshine” or “Batman” Jeff. I was really hoping it would be Ames but after watching Bachelor Pad it looks like that would have to be a no go!

NO! Not interesting enough. And we do need some fresh faces!!

I’m ready for a completely unfamiliar bach/bachette….someone with no prior history….I would prefer someone that is a tad bit different….like a cattle rancher who looks like the George Strait, is tough like John Wayne, has real-world smarts like a wise father, and who can two-step like a Fightin’ Texas Aggie! …..I know it won’t happen, but I can just imagine the fun it would be to see a guy flat out tell a girl, “you need to go….you’ve are too much to maintain. There are drugs to help you with your problems.”

BTW, though Groban is a nice enough fella….he’s too much of a girly-man for my taste.

It could be me but I don’t think that Ben is attractive at all. He seems very nice but doesn’t do it for me at all. I would rather have someone new. I know that Chris Harrison said that they will probably never go with a new person again because the audience likes someone they know. Um…no we don’t..I want someone new..let’s have a little mystery here can we????

I’m with Aunt B. A real deal man’s man (but NOT a pig) would be great!

Per usual, I’ll watch no matter who they pick. If they have to recycle, I was kind of hoping for Michael Stagliano. Granted I have no idea what his situation with Holly looks like, but if he’s single, ABC might want to rethink their selection.

Not feeling it. At all.

Agree with Aunt B ad Anne – want George Strait – don’t find Ben attractive – and frankly, I’m tired of all these crying men.
I believe in recycling – paper, cardboard, plastic, glass, etc., but not bachelors and bachelorettes!!!!

yes. start a facebook revolution for some fresh meat. please. we are begging you.

I think with a hair cut he would be much cuter!

And maybe I’m the only one, but I’m kind of excited… hoping for a great season and lots more funny Lincee comments!!

New blood, please!! I kind of liked Ben, but I’m so sick of recycled contestants.

What I find weird about this is that I have been seeing commercials looking for “men to date the next Bachelorette”. So why are they seeking guys for a bachelorette when they’ve already picked Ben?