It can’t get any better than this, can it?

During the last 24 hours, I’ve been bombarded with messages regarding ABC’s announcement of the willing participants living in their knock off sister show, The Bachelor Pad.

Thanks to IHGB readers Stacey, Amanda, Amy, Emily, Sarah, Lina, Aneesa and Carrie for providing the link to People.com.

Apparently, Our Host Chris Harrison and Melissa Rycroft (ABC’s reality show darling) will “be your guide through the Bachelor Pad, which will follow 19 fan favorites from The Bachelor and The Bachelorette as they compete for $250,000 and a second chance at love.”

I can’t wait to see my (the fan) favorites compete for a second chance of love. In my mind, this will be a delicate blend of the show we all know and adore, mixed with a little Big Brother, American Gladiator and Fear Factor. Instead of going on fancy dates, the one-on-one date card recipient will have to shuffle through a paint ball course while the other members of the house shoot him/her. If the person makes it through, he/she gets a rose and chooses someone of the opposite sex…or not…to make out with in the confessional room for seven minutes. If the person does not make it through the obstacle course, he/she must gut a chicken, serve the meat to his/her biggest rival in the house and then eat the innards.

This show is brilliant! Let’s meet the participants!

Tenley
She danced what was in her heart for Jake and he chose to convince Vienna to step away from her pole and dance with him on ABC’s other hit reality show.

He Who Must Not Be Named
Great.

Ashley
We first met Ashley wearing her flight attendant uniform as she crooned to Jake something about a bumpy ride. She seemed darling, but got the boot a little early in the season.

Coiffed Craig
Please. I know we have to have an antagonist, but we already have HWMNBN. Do we really need two?

Elizabeth
Liz is the one who asked Jake if he wanted to kiss her and then wrote him an 18 page letter on notebook paper…both sides…explaining that she won’t kiss a boy unless she is the only one kissing him. I’m going to go ahead and guess that she’s worked through this theory.

David (aka: The Original Cheese Ass)
FOR THE LOVE OF ALL THINGS HARRISON! NOW WE HAVE THREE VILLAINS?! Is this really necessary ABC? Coiffed is already dangerous. You had to go and throw crazy in the mix?

Gia
She’ll have to leave mid-way through the show to attend Jake and Vienna’s wedding. Rumor has it that she’s a bridesmaid.

Gwen
HUGE throw back inviting Gwen to participate. She was the season two runner-up. She arrived in a horse-drawn carriage looking exactly like a princess. Aaron chatted her up, fed her and sent her back home in a taxi. I’m pretty sure she was carrying a pumpkin.

Wine Maker Jesse
Just as we were falling for his charm on top of a glacier somewhere in the Arctic, Jillian sent him back to stomp grapes. He will go far if he turns on the personality a little earlier in the game.

What is the game again? I’m so confused…

Girl Jesse
She’s the one who busted Roz for schtupping the producer. That’s about all we know.

Weatherboy
Show Forecast: Mostly annoying with a chance of bless his heart. Expect hurricanes David, Craig and that other guy to blow in with full force.

Krisily
According to People’s website, this girl came in second place during Charlie’s season. Funny. I barely remember him either.

Juan or “Qwahn” as he’s known in my inner circle.
This. Just. Got. Interesting. 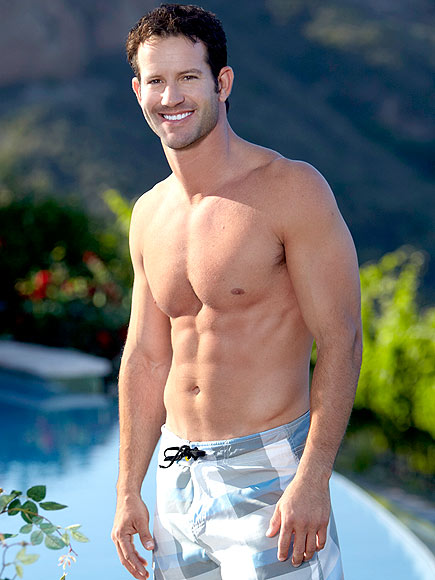 Clearly, Our Host Chris Harrison loves me.  I’m not even bothered by the fact that Kipper is too smart to ride this pony of a show/competition (what?) again. I’ll watch him all day long thankyouverymuch.

Nikki
According to People, she got the first impression rose during Jason’s season. He probably took it away and gave it to somebody else later. That’s why I don’t remember her.

Peyton
Poor, sweet Peyton was left on the battleship as Lieutenant Doctor Andy Baldwin flew off in a helicopter with Tessa. I’m rooting for this Texas girl!

Let’s hear it people!  Who will win the “game” and find love?  How often will Kip be shirtless?  Will Reid come to visit?  Will I spontaneously combust if that happens?  Will Weatherboy get shoved in a dumpster only to be saved by Qwahn?  Be heard in the comment section.

i <3 Qwahn. I totally see him sticking up for the weatherboy.

Also, I didn't find Winemaker Jesse that cute the first time around… but i think that's because he didn't have facial hair. speaking of which, Peculiar Jesse, I'm so glad you could bear to leave your dogs for our sakes….

It's probably in Kyptonite's contract that he isn't allowed to wear his shirt 80% of the time.

It should be in Weatherman's contract that he is required to wear his shirt 100% of the time. Seriously. Is he 12?

Also, I really liked Ashley. She seemed smart (I think she’s the one going for her PhD) which is why I think Jake got rid of her…

hmmmm… that was supposed to be a follow-up to this comment, which seems to have been eaten by the intertubes:

I <3 Qwahn. I can totally seem him sticking up for the Weatherman.

I didn't find Winemaker Jesse that cute the first time around, probably because he didn't have the facial hair he has now, which I DO like… 🙂 Speaking of facial hair, Peculiar Jesse, I'm so glad you could leave your dogs again for our sakes… 🙂

For the love of all things Kip, thank you for this!!! It will be nice to have something to gaze at while the rest of the crazy is going on in the background. I predict Kip and Gia go off somewhere for a little alone time while the rest are clawing each others eyes out.

I can just see the pre-production meeting now – OK interns, we need you to round up all the crazies from the past seasons. You know who I am talking about. Then find 3 alpha males and throw in a pinch of Weatherman and we have a show ladies and gentlemen.

This should be VERY interesting!

Seriously, these are the fan favorites? I think I counted 14 of them that all came from either Jillian, Jake or Ali’s seasons. I realize that some people are probably in relationships and wouldn’t go on the show, but really, is this the best they could do? Oh well, I know I’ll watch it anyway.

I won’t mind watching Jesse and Kyptonite. And I would have loved to see Tina Fabulous again. Oh well.

They have to mix in some Big Balls (Wipeout) with this competition!

I predict Qwuan and Weatherboy will find love together. I like how ABC decided eye candy and drama was the way to go with this show. Love it – bring on the cheesy, chachy, cringfests!

I can’t wait. This is going to be reality TV at it’s finest!

Where is our ovulating ticking time bomb of a doctor from Dr. Stork’s season????? She and Michelle could have been roomies!

This is going to be DRAMA HEAVEN!

A few great returns (Kipton, Peyton, Gwen) along with a lot of people who were never multi-dimensional enough for viewers to care about in the first place. I guess a lot of the great ones didn’t want to come back (was I the only person hoping for Hotter-than-crap-Brad?) but it would have been great to see a cast of people who made it at least to the top 6 of their season.

YAY!!!! For more Peculiar Jesse! And actually, for more Jesse the Wine Maker too! And Kiptynite’s abs!

Is it wrong to be this excited about a show?? Because I am pumped!

I forecast crazy drama between Coiffed Craig and Weatherboy. And weren’t The Original Cheese Ass and Qwahn mortal enemies? (Though I think they’ve since made up since they’re going to be buds on Reid’s cruise.

So much train wreck, I can’t wait!

“According to People, she got the first impression rose during Jason’s season. He probably took it away and gave it to somebody else later”

Okay, that had me laughing so hard I spit soda pop all over my keyboard… NICE!

I’m so in. And THANK YOU for that pic of Kip! Love him!

I still don’t really get what the point is, but I’ll be watching!

Yes, this is brilliant!!! I’m just hoping Kasey and his tattoo are a late arrival! I mean, can you have any crazy fun without him!?!?!

Yea for Kipton, but between HWMNBN, the Weatherman, and whoever else decides to bring their guitar, I’m going to have to ask for a ban on cheesy self-written songs! It’s too much!!!

OHHHHH more Kip to drool over! YAY! Stacey, you’re not alone, I’m pretty sure I would sell my first born for 15 more minutes of HTC Brad on tv. *sigh* He is oh-so-dreamy. I liked Ashley E. too- she was a spunky gal.