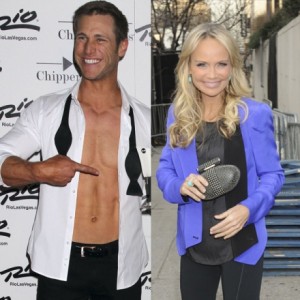 For those of you who don’t know the amazing Cheno, she was half of the dynamic duo in the Broadway smash WICKED playing Galinda the Good (Note: not a typo.  The “gah” is silent) alongside the equally talented Idina Menzel as Elphaba, the Wicked Witch of the West.  One of the more memorable scenes that comes a close second to “Defying Gravity” is this piece:

I’m unsure if dating Pavelka would be the vehicle I would personally use to to catapult my name into extended stardom after being in the shadows of the prime time spotlight since the formidable GCB was mercifully axed by ABC mere moments after it aired. Considering the fact that her name is in every major entertainment magazine, TV show and website, one may assume that after countless performances of singing that song in the Gershwin Theater on 51st Street, something subconsciously sunk in to Cheno psyche.

The question remains…is it good publicity or bad? Or is Jake so far removed from the mansion, pad, Dancing with the Stars floor and Chippendale stage that we really don’t care? Should we be excited that it’s not Vienna? Should we be concerned about Kristin’s judgement? How will the goods in Jake’s cargo plane be delivered if he’s busy flirting with a Broadway star? Sound off in the comment section!

How did this happen?? Someone needs to take her out for coffee and have a come to Jesus. She could do so much better. I could think of like 10 other celebs she should be with. SOMEONE, ANYONE else.

I love Cheno. I’ve read her book, seen her live, watched everything she’s done. Love her. And, to be honest, I liked Jake in his original season. I trust her judgement. She must see something in him or she wouldn’t have started dating him!

Well she did just sustain a brain injury…

Vienna should be jumping in with her comments to the press any day now!

I love Cheno too — but not sure about the Jake thing.

I feel like Cheno has gotten more eccentric and a bit crazy with age. Instead of just being herself and using her voice, she’s looking all plastic surgeried, and grasping at poor imitations of men. I love her and think she is one of the most talented singers of our time, but I worry that she’s got a one way ticket to crazytown.

oh my….I’m chalking it up to her head injury on the set of Good wife.

chachtastic is a perfect description of Jake the Fake

I don’t know much about him, but she’s a superstar who could do way better; I know that much.

Well, ladies, it is hard to find a good man as us single gals know! Maybe he is her “for now” guy and she’s desperate…

No worries, if it is real i can’t be long before we see an overly dramatic photo op of Jake doing his over the balcony hang accompanied by heaving sobs.

what happened to matthew morrison? i thought they were so cute together! i second the crazytown comment…this seems out of character for her!

Maybe she’s doing research for an upcoming role in The Bachelor Musical, coming to an off-Broadway theatre this year. She’s playing the part of Vienna and needs to see how it really was with Jake in order to play her role truthfully.

Serious lapse of judgement from Cheno; didn’t anyone ever tell her it’s much better to be single then to be in a bad relationship! Jake is a loser no matter how much time elapses between his Bachelorette/Bachelor/Bachelor pad experiences! Let’s call a spade a spade and Jake is a desperate, fake, fame whore.

If she is crazy enough to think Jake is a good idea, then they deserve each other.