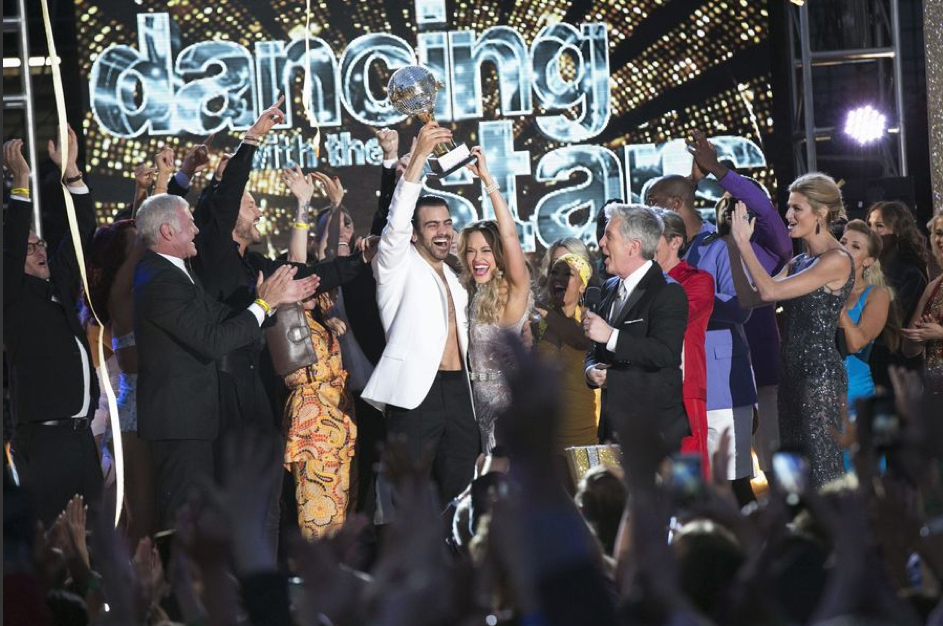 By now you’ve heard (or you noticed the photo of this post) that Nyle and Peta took home the mirrorball trophy for season 22 of Dancing with the Stars. I have to say, they deserved it. Although I would have jumped for joy if Paige had won, no one can say that Nyle can’t dance. He can.

Here’s a quick rundown of 11 takeaways from last night to help you talk about this subject, should a co-worker bring it up as you stand around a water cooler.

Deaf applause (hands waving overhead)!!! I’m pasting pieces of mirror on a styrofoam ball for you right now, Lincee…but I don’t think you want this trophy. So let me just say THANK YOU (I’m signing it like CAI) for the wonderful, funny, entertaining recaps! You are a very bright spot on the internet and I love this little world you’ve created and invited us into.

I’m so happy Nyle won, so sorry Ramon wasn’t there to share it with him, and so shocked that Tom B totally ignored Nyle in the winner’s interview and threw his question to Peta instead. Deaf people typically get marginalized like this, and Nyle took it in stride, but in 22 seasons this is the first time the winner wasn’t asked how it felt to win. It was jarring to me.

I usually find Carrie Ann really annoying, but I was very touched and impressed when she signed a message to Nyle. That was classy.

Although Nyle can definitely dance and was amazing despite being deaf, I still think Paige was by far the best and deserved the mirror ball having consistently outperformed the rest with very difficult routines. I was happy for Peta; that had to have been a challenge to communicate with Nyle but she did a great job. There is way too much fluff in the finale. And Carrie Ann’s never ending critiques are so annoying…judges should have a time limit to give their critique and scores.