A look back on The Bachelor Ben “Peter Brady” Higgins

We are hours away from the debut of season 20 of The Bachelor. America will gather around their DVRs in yoga pants and whimsical shirts with wine drinking slogans to watch Bachelor Ben Peter Brady’s journey to find love after being left in the wake of one skinny jeans wearing villain and one fake Gosling. Will he be able to handle the pressure that comes with the responsibility of corralling a roomful of Laurens and a pair of twins vying for 15 minutes of fame and a spot on next year’s Rose Parade float? Time will tell.

For those of you who may have skipped one of the most talked about seasons of The Bachelorette, here’s a quick recap detailing what we know about our beloved Peter Brady.

PETER’S INTRO
Ben H./Peter
Age: 26
Occupation: Software Salesman
Hometown: Denver, CO
Disclaimer:
Let me go ahead and prepare y’all for what will inevitably happen. I will, without a doubt, call this guy Peter—as in Peter Brady from the wildly popular The Brady Bunch. I can’t help it.

Why you remember him:
Peter is smitten with Britt. He has a sponsor child and so does she! Peter considers this the perfect “in” for his alone time with Britt. Sadly, Britt was #TeamBobby and has no interest in sharing stories about how long she’s been writing to her kid in [insert country here.] During Peter’s time with Kaitlyn, he asks a simple question: “Tell me about your bird tattoos.” Kaitlyn laughs/head tosses, thanking Peter for his inquiry. The birds are doves—the only bird that knows how to fly back home. Doves are her spirit animal and the evil Farmer who left her to sweat to death before literally getting cock blocked by a rooster in Bali never once asked her the stories behind her body art. Peter feels really good about this exchange. As a middle child, this is an important milestone.

BOXING GROUP DATE
The men walk in and immediately comment on how hot Kailtyn looks before being completely intimidated by the “basic technique” boxing class. Kupah geeks out with a sparring coach, Ben Z. masterfully punches the air, Tanner looks like he’s performing the modified version of T25 and Peter Brady breaks a window with his jump rope.

INAPPROPRIATE SEX TALK TO CHILD ACTORS GROUP DATE
Mr. Brady manages to have an honest, open conversation about the birds and the bees. He has props, volunteers and includes Kaitlyn as the love interest in his epic romance story. I think the teacher may have swooned. I know I did. With so many kids in his family, you knew Peter was going to dominate this date!

Later, Kaitlyn takes Peter Brady up to the roof so they can dance in the shadows of the Die Hard building. Peter confidently pulls her into his arms, plants a kiss and then dips her like most women love to be dipped. Peter gets the date rose, even though Jared rallied hard at the end with an impromptu slow dance/make out combo of his own.

FIRST ONE-ON-ONE
Kaitlyn knows that this week has been full of serious ups and serious lows. Please don’t confuse this with serious highs and serious lows. They are totally different. She is excited to take Peter in a vintage Ford pickup down to Gruene Hall so they can enter a two-stepping contest. I had high hopes that Peter was a dancing man. Although he has proven his slow dancing and dipping skills, his slow, slow, quick, quick needs a little bit of work. With that said, I wouldn’t turn him down if he asked me to dance. When Peter hugged the little old lady Betty Jo, my heart melted. He’s so freaking cute. Then he starts slow dancing with Kait and making out. This earned him a rose.

THE ILL-TIMED SHOWER EPISODE
Peter Brady takes Kaitlyn into a hidden study. He immediately puts on a stern face. Once again, Kaitlyn is forced to have serious talk about life, love and other mysteries. Peter is upset because he and Kaitlyn had a really great date in San Antonio. That night, she snuck off-camera to hang with Peter and Gosling. For some odd reason, Peter decided to go upstairs to take a shower. When he came back, Gosling was happier. Something happened. Peter gently requests Kaitlyn not to tell him, but he does want her to know that he’s aware that Gosling received some sort of perk. Is he just spinning his wheels?

THE VIRGIN DATE
Peter hops in a boat with Kaitlyn and rows her all the way to an island. Thankfully, several flocks of geese were not resting on the water during a winter migration. Peter gracefully navigates the boat as Kaitlyn broods about her failed relationship with Cupcake. Peter allows Kaitlyn to express her emotions on the water, but when they reach land, all bets are off. It takes two to frolic among the enchanting deer (kudos ABC Intern) and play hide-n-seek among Irish ruins.

That night, Peter looks extremely handsome in his maroon sweater and grey pants. He escorts Kaitlyn to the fireplace where they load up on whiskey and reminisce about how the day had been just like any other normal day in their lives. I can’t tell you how many times I’ve thought the same thing when exploring an ancient castle on a deserted island.

Then Peter takes the conversation to a deeper level. He shares with Kaitlyn that sometimes he feels unlovable because of how his relationship ended with an ex-girlfriend. Call me crazy, but I felt very defensive at that moment. How dare someone force Peter to come to such a ridiculous conclusion. YOU ARE TOTALLY LOVABLE PETER!

Kaitlyn feels the same as I do. In fact, she calls him a big old dummy for adopting such nonsense. Then she tells him that she is falling in love with him. He smiles and tells her that he is falling for her too. This segues nicely into a conversation about fantasy dates. Peter assures Kaitlyn that the stigma and pressure that overnight dates have to be physical should not be a concern. He’s way more interested in talking all night.

Kaitlyn interprets this information with a strange filter. Instead of concluding that Peter is a gentleman who respects her reputation, as well as his own, Kaitlyn flat out asks him if he is a virgin.

I suddenly found myself falling into the four stages of horror. My eyes widened in shock. My voice issued forth a weird noise that can only be described as the sound one makes when almost swallowing her own tongue. I wedged myself behind the couch cushion so deep that I found a few M&Ms to snack on. And I shoved my fingers into my ears as I rocked back and forth singing the lyrics of “Good Time Music.”

THE REJECTION DATE
Peter switches his purple warm and fuzzy sweater for an oatmeal-colored one that brings out his eyes. He gives a delightfully sweet toast before admitting that he just celebrated a birthday on the show. He’s 26. Had I been a promiscuous teenager, I could have birthed this kid. Word.

He tells Kaitlyn that the idea of her being soooo much older than him (she just turned 30 in real life) shouldn’t be an issue. Quite honestly, I think this may have been one of the nails in Peter’s coffin, because home girl WANTS to be a puma. And she has the glittery eyeshadow to prove it.

For the next 30 minutes, Peter tries to have a serious conversation with Kaitlyn about how much he loves her and wants to be with her. He’s the luckiest guy in the world! The onset of emotions rattles our bachelorette. She shoves her hand behind the couch cushion and presents the fantasy forgo card. Kaitlyn basically asks Peter is he’s okay getting busy in the west tower? He answers Kaitlyn, first by acknowledging that it is completely weird that there are other men involved in this journey, but he neither wants to stop talking to her nor leave her.

Remembering that Kaitlyn thinks he’s too innocent, he adds a “best sleepover ever” for good measure. Someone needs to check is bag for itching powder.

I’m going to call it — Bachelor Ben’s season will be good. Bring on the crazies! And remember — the comment section is a spoiler-free zone!

I can´t believe it´s already here! It´s like Christmas all over again! I so look forward to your recaps. 🙂

Author
Lincee
Reply to  A in Spain

Thanks A in Spain! I’m looking forward to this season too. I heart Ben/Peter.

I am over the moon about Ben “Peter Brady” Higgins. But this class photo suggests that ABC shopped the Hobbit section of every dating website, because that is a lotta very short women. One can assume they had the benefit of seven inch high stiletto/platform shoes on these women’s size three feet for the photo. Let’s hope Build-a-Bear has greatly expanded their wardrobe choices. Oh, golly. American Girl should contribute wardrobe this season. Poor Ben.

You know Build-A-Bear and American Girl are totally going to make an appearance this season. Good call beanthere!

Super, super, super excited!!! Thank you for posting something fun to help us pass the “anticipation day”!!! Plus, how fun to reread your old posts about Peter…They are just the best. 🙂 Now back to the kids…

I love Bachelor season. Perfect way to get through the post holiday rut.

This is NOT a spoiler, but with six, seven “Laurens” on the show, what do you think the odds are that “Lauren” will be in the top 2?

I had to get my husband to sign up for a Monday night men’s group so that I can watch the season in peace. We are both happy now.

which of the following statements about dating in gay male and lesbian youth is true? 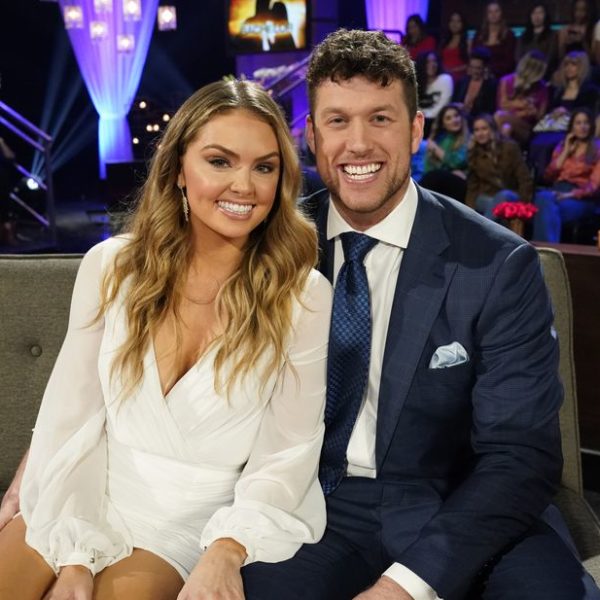 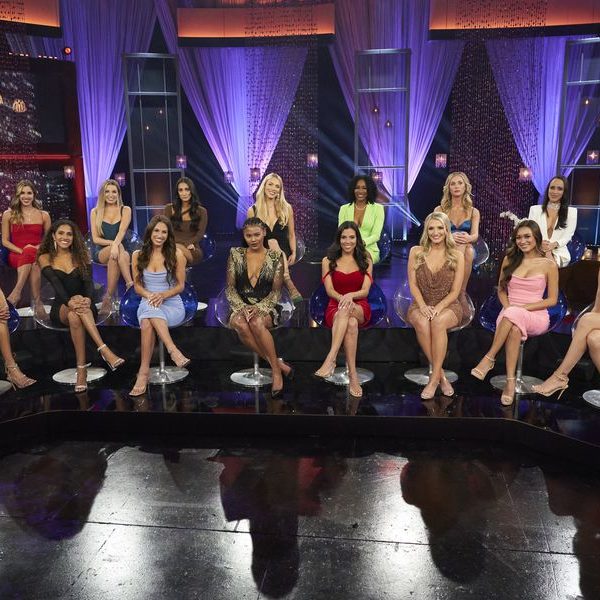